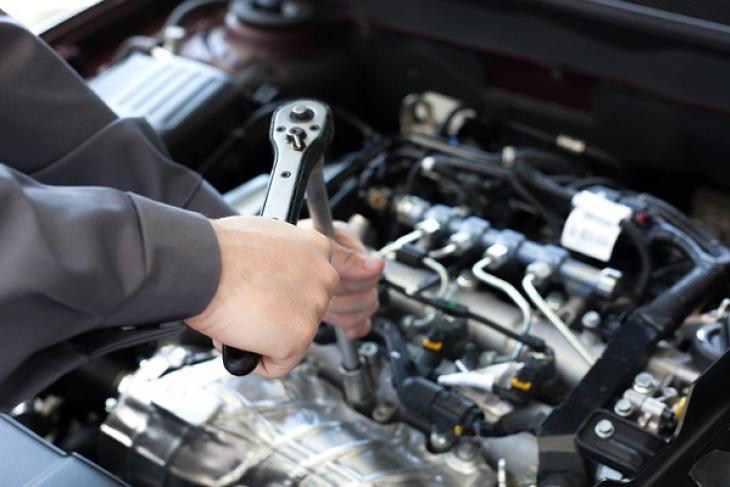 Jeremy Kelley of the Dayton Daily News reported last week that state legislators are mulling revisions to Ohio’s Academic Distress Commission (ADC) law. This district turnaround model was already overhauled once in 2015 after pleas for more decisive state action in what the Youngstown Vindicator has called its “academically imploding” school district. Among other reforms, the resulting legislation requires the five-member distress commissions to hire a CEO who is vested with managerial authority and is responsible for creating and implementing a turnaround plan. In recent years, Youngstown and Lorain school districts have been under ADC oversight with a third commission established in East Cleveland in fall 2018.

In an article last week, I argue that the state shouldn’t walk away from its obligations to students in long-troubled districts. The outcomes of students attending these districts are nothing short of tragic: A paltry three in ten reach proficiency on state reading and math exams, and just one in ten goes on to earn college degrees. Speaking about East Cleveland, a member of the Cleveland Plain Dealer editorial board opined:

“Students continue to roll through demonstrably substandard schools without the education they are promised and our society owes them.... The leadership East Cleveland has provided for its students is abysmal and the sooner the state steps in to try to right the ship, the better.”

The need for bold change in dysfunctional districts is clear, but sadly there has also been nonstop political strife in the districts operating under ADC oversight. Part of the turmoil can be traced to imperfections in state law. To ensure the smoother functioning of the ADCs, Ohio lawmakers need to carefully mend the ADC statute.

Below I offer five ideas on how to do this, drawing on lessons from Massachusetts, one of the few places where the state has undertaken successful district-level interventions. Rigorous evaluation by Harvard researchers reveal strong academic gains for students attending Lawrence School District—the first Massachusetts district to go into state receivership—while case studies spotlight mechanisms driving the success.

First, require deeper engagement from the state superintendent. Ohio ADC law demands little from the state’s education chief. He or she is tasked with only two key duties: appointing three members of the ADC and appointing the commission chair. Beyond this, Ohio’s superintendent has almost no responsibility and faces little accountability for the success, or lack thereof, of the ADCs. This has predictably led to uneven involvement from the state superintendent and the Ohio Department of Education. In its annual review of Youngstown, for instance, ODE pinpoints numerous problems, but nowhere does the agency commit to actions that might solve them. In stark contrast, Massachusetts’s education commissioner has been highly engaged in supporting district turnarounds. In news reports, the former (and late) Commissioner Mitchell Chester championed and, when necessary, publicly defended the work in Lawrence and two other districts that were subsequently put into state receivership.

To be clear, this isn’t a criticism of the superintendent or state education agency—it’s a reflection of current law. For the ADC model to succeed, Ohio’s leadership needs to be more heavily involved. The following are a few ways to revise the statute to better ensure this happens:

Second, provide the CEO with more time to create an improvement plan. Current Ohio law requires the CEO to submit a district turnaround plan to the ADC within just ninety days of appointment. That’s not nearly enough time to engage community leaders, probe district strengths and weaknesses, seek feedback from families and citizens, and craft a workable plan for improvement. One observer of the Lawrence turnaround noted that the district receiver, Jeff Riley, took five months to formulate an improvement plan. That process laid the groundwork for a strategy that, among other things, included Acceleration Academies, high-quality tutoring, and a new teacher compensation system that garnered buy-in from union leadership. Creating a winning turnaround plan takes time, and Ohio law should provide a longer timeline instead of demanding a pace that is likely to generate either superficial solutions or community distrust.

Third, limit the number of districts under ADC oversight at the same time. Though ODE has many highly talented individuals, the state education agency likely faces constraints in providing the intensive supports needed for successful district turnaround. Current Ohio law doesn’t place a limit on the number of districts that can be under ADC supervision, and lawmakers should consider instituting a cap. Massachusetts law, for instance, limits receivership to a maximum of 2.5 percent of districts at a given time, and just three districts are presently in receivership.

Fourth, require rigorous evaluations of ADC performance. In the aforementioned Dayton Daily News article, a union leader criticized the ADC model by casually remarking, “It doesn’t work. That’s it.” But the truth is we have no idea whether ADCs are leading to better pupil outcomes in Youngstown or Lorain. We can review their report cards and get a face-value sense of progress, but that’s a far cry from studies such as those done in Lawrence or Newark where analysts applied rigorous empirical methods to carefully examine the impacts of district-level turnarounds. Without any requirement in law for evaluation, or budgetary provision to support such research, policymakers have no clear way of deciding whether to stay the course on turnaround plans or shift gears.

Fifth, suspend the powers of the school board when under ADC control. Ohio law allows the local school board to remain intact while under ADC oversight. Sadly, what we’ve seen from Lorain and Youngstown is that the local boards, though weakened, will do everything in their power to undermine the CEO and ADC. Aggrieved by their loss of power, these boards have sued the state repeatedly to block the ADCs, and just this month the Lorain board president called on the governor to dismantle the ADC. Meanwhile, the Youngstown board—which still has taxing authority—has argued publicly with the CEO over whether to put a renewal levy on the ballot.

Having two governing bodies working at cross-purposes prevents ADCs from functioning properly. Though likely to be contentious, state legislators need to ensure that the ADC and CEO have clear governing authority. There are a few potential ways to modify state law to this end. First, legislators could clarify that the ADC and CEO assume the powers of the school board. This would follow Massachusetts law, which declares that the receiver has “all the powers of the superintendent and school committee.” Another approach might permit the state superintendent or state board of education to remove the local board under certain conditions and procedures. Finally, the boldest, though politically riskiest, alternative would require in statute the suspension of the school board until the end of ADC governance, an approach that New Jersey generally takes. Should Ohio lawmakers pursue this last option, they could also revise ADC law to require more, or all, of the commission seats to be filled by local citizens appointed by the state superintendent or city mayor to ensure on-the-ground input.

District turnarounds aren’t for the faint of heart, but the Massachusetts experience reminds us that it’s not impossible. Done well, state actions can catalyze changes that result in higher pupil achievement in districts that have struggled mightily. To improve the chances of success—and to expedite the return of local governance—Ohio legislators need to make important revisions to the academic distress commission statute. If ADCs result in much-improved performance in locales like Youngstown, Lorain, and East Cleveland, national leaders might just start talking about the “Ohio Miracle.”