The State Of D.C. Charter Schools: Where We’ve Been And Where We’re Going 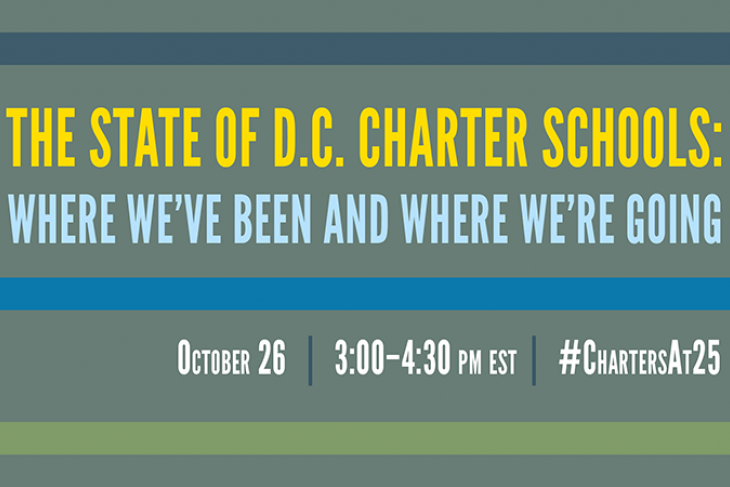 A quarter-century ago, Minnesota passed America’s first charter school law. While charters have veered from the expectation that they would act as “incubators of innovation,” they have become a transformative force in education that has racked up notable successes when serving disadvantaged inner-city kids. Although state policy and local support have been indispensable, it’s impossible to ignore the fact that private philanthropy has driven much of the charter sector’s growth.

That funding has been especially significant in the nation’s capital, which now boasts one of the largest, best funded, and most successful charter environments in the nation. The sector’s strength wouldn’t be possible without the many local and national philanthropies that have invested generously in excellent schools (particularly “no-excuses” models). Charter Schools at the Crossroads: Predicaments, Paradoxes, Possibilities, the new book co-authored by Chester E. Finn, Jr., Bruno Manno, and Brandon Wright, takes a close look at how this philanthropic investment has driven the sector’s evolution—for better or worse.

What exactly has been philanthropy’s role in the District’s success? Has it been enough? Where should it go as we move into the next twenty-five years? How far can we push the “no-excuses” practice to maintain its record of high performance? And what else, besides more and better no-excuses schools, could chartering do for D.C. and the country?

On October 26, the Thomas B. Fordham Institute and the Hoover Institution hosted the second event in an occasional series of in-depth discussions about the past, present and future of charter schools in Washington, D.C.

Continue the conversation online with @educationgadfly and @HooverInst at #ChartersAt25.