A $20 Billion School Choice Tax Credit Program: Yes, No, Maybe, How So? 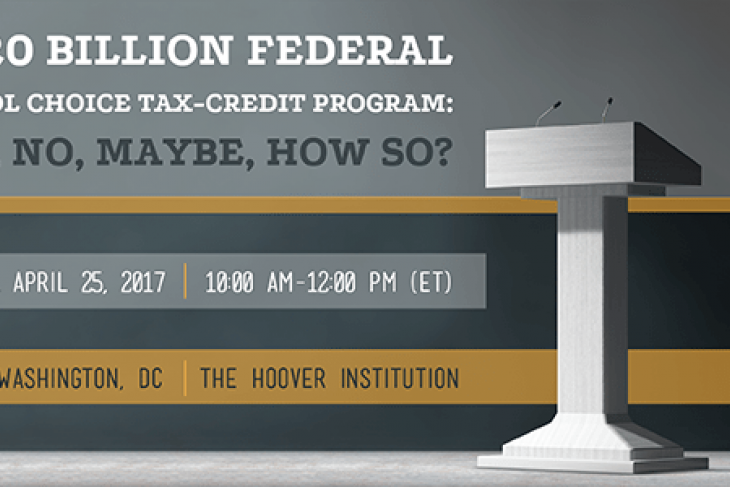 Since Donald Trump’s election and Betsy DeVos’s selection as Secretary of Education put private-school-choice programs in the national spotlight—after years of steady growth at the state level—advocates across Twitter and the blogosphere have been offering ideas on what a big push at the federal level might look like.

Now we elevate those debates from the page to the stage. The Thomas B. Fordham Institute, Education Next, and the Hoover Institution have teamed up to bring forth two pointed discussions, each centered around a critical question.

First: To do or not to do? Neal McCluskey and Thomas Carroll will debate the merits of a federal tax credit scholarship program: Is there a role for Uncle Sam or will the feds inevitably muck this up?

Second: National, or state-by-state? Darla Romfo and Travis Pillow will tackle the question of whether the initiative should require states to opt-in, and set the rules, or if a federal tax credit should allow for K-12 scholarships nationwide.