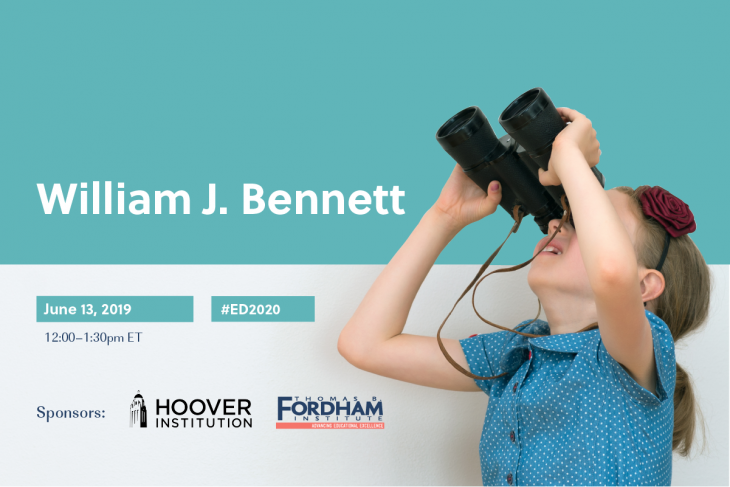 Our Fordham-Hoover Education 20/20 speaker series will host its grand finale on June 13, when we bring you another major thinker about American education: William J. Bennett, U.S. Secretary of Education and Chairman of the National Endowment for the Humanities under President Ronald Reagan, and later director of the Office of National Drug Control Policy.

Dr. Bennett will conclude our speaker series by returning to the original question and asking: What is the purpose of school?

He argues that conservatives must rally behind a unified vision of comprehensive content and curriculum reform, and that states must take the lead in making such a vision real. He contends that a content-rich curriculum must be central to any true answer to this fundamental question and asserts that it’s time to re-build a conservative education consensus with content at its core. Too often, Bennett observes, conservatives have lauded school choice while neglecting other essentials. Often teamed up with liberals, they’ve made important progress on choice, which remains crucial, but is no panacea. Conservatives have also made great progress—again, often in joint efforts with liberals—on standards and accountability, although implementation has often been stymied by botched federal interference and an overreliance on test scores that has alienated parents and teachers. Today, we find liberals generally pursuing very different agendas, to the detriment of student learning.

A robust body of shared knowledge, led at the state level, based on comprehensive content and curriculum reform, is vital to both an individual’s ability to succeed and a society’s ability to thrive, and agreement on that precept can serve as a unifying vision for conservatives and a vehicle for promoting other reforms. 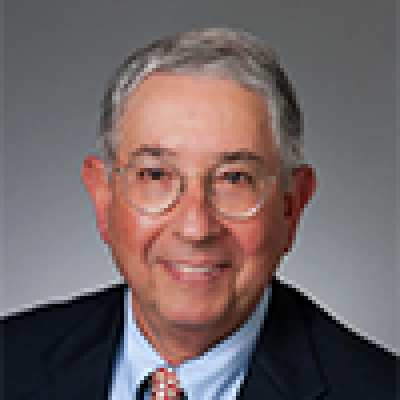 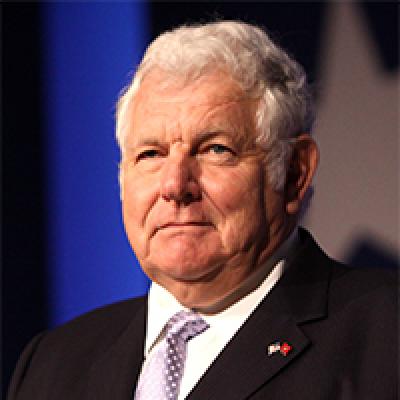