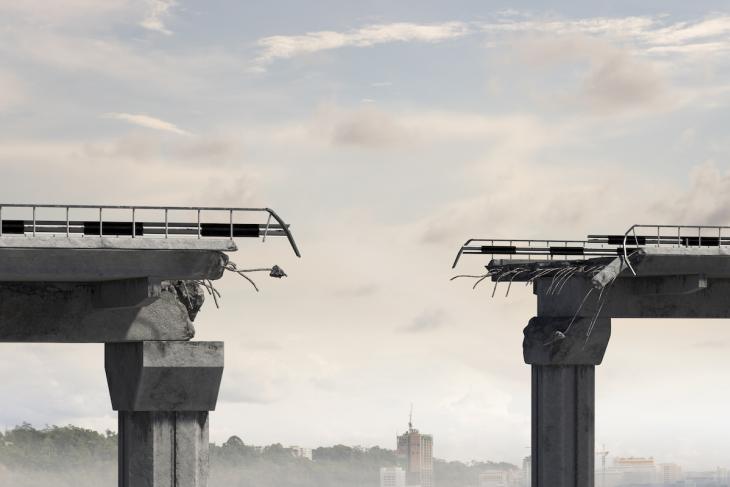 The ever-vigilant Jack Kent Cooke Foundation has issued a short (two-page!), trenchant issue brief—closer, really, to an infogram—showing how the “excellence gap” in American schools has actually worsened over the past two decades.

In case you haven’t been paying attention, or getting confused by all the gaps we are supposed to be closing, the excellence gap (as defined by the Foundation and by scholars such as Jonathan Plucker) is “the discrepancy between the percentage of lower-income versus higher-income students who reach advanced levels of academic performance.”

This analysis employed National Assessment (NAEP) data and examines, at the national level, the percentage of U.S. students in grades four, eight, and twelve who score at NAEP’s “advanced” level in reading and math. This time, they examine the (always woefully small) high-scoring population according to which students were and weren’t eligible for federally subsidized meals, deeming the former “low-income” and the latter “other” (but also referring to them as “more affluent”).

That’s about all one can do with NAEP data, and it isn’t perfect, for subsidized-meal eligibility has changed over the years—about half of all public-school pupils now qualify—and it’s gradually vanishing as a usable proxy for student disadvantage. Still, the Foundation’s central point is indisputable: Most of the increase in the share of U.S. students reaching “advanced” on NAEP—and it’s certainly good that there’s been an increase, however modest—has occurred among the pupil population that is not having lunch in school with Uncle Sam’s help. The achievement boat occupied by those who do receive such help has risen a bit, but not nearly as much as that in which their “more affluent” peers sit in presumably greater comfort.

A few years ago, Brandon Wright and I examined the excellence gap with the help of PISA data. (You’ll find that on pages 34–39 of Failing Our Brightest Kids.) We looked—country by country, including the United States—at the populations of fifteen-year-olds who scored 5 or 6 (top of the scale) on PISA in 2012, and subdivided those populations into the four quartiles that OECD data-maestros call the Index of Economic, Social and Cultural Status (ESCS). We looked at the ratio of high scorers within the top quartile to high scorers in the bottom and (for the U.S.) found them to range from eight to one at best (that was in math) to eleven to one at worst (reading.) This placed the United States very low among kindred countries when we ranked them according to such ratios. The best-off countries (such as Singapore, Finland, and Japan) had ratios around three to one—still big excellence gaps but not nearly as wide as our own.

Then we did the same thing with PISA data but used parental education rather than ESCS. Here, again, the U.S racked up ratios from six to one to twelve to one between high scoring students with highly educated parents and those with poorly educated parents, and here, once again, other nations did far better (also around three to one).

America is supposed to be a land of opportunity and upward mobility. But it’s painfully clear, whether we use NAEP or PISA as our reference, that at the high end of student achievement, as at the levels NAEP terms “basic” and “proficient,” the circumstances of students’ births still matter far more than they should. And the Jack Kent Cooke Foundation says it’s getting worse, not better.