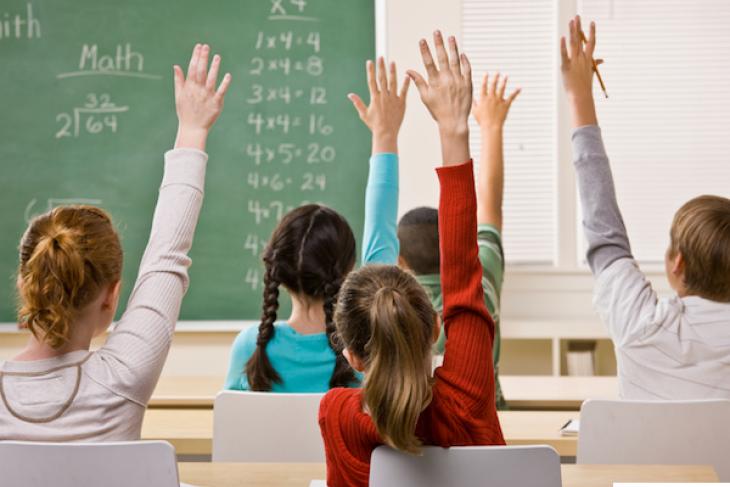 One of the odd features of education policy is that while a plethora of research exists on the effects of systemic reforms (e.g., class size, charter schools, teacher, and school accountability mechanisms), on student achievement there is very little data on whether curriculum—what kids are actually being taught—makes a difference. As the Urban Institute's Matthew Chingos notes: "It's as if the medical profession worried about the administration of hospitals and patient insurance but paid no attention to the treatments that doctors give their patients."

Slowly, however, the notion that curriculum counts is beginning to gain traction. At a recent Hopkins/Hunter forum (a collaboration between the Johns Hopkins Institute for Education Policy and Hunter College), Harvard professor Thomas Kane discussed a recent five-state study he oversaw that showed high-quality instructional materials produced a larger effect than having an experienced teacher versus a novice teacher. Kane plans to follow up with a national study in 2017. Other researchers, such as the Urban Institute's Chingos and the University of Southern California's Morgan Polikoff, are conducting studies on curricular effectiveness, but states don't make it easy: Most states don't collect information regarding which instructional materials schools are using.

Louisiana is one state that does take curriculum seriously. As Rebecca Kockler, Louisiana's assistant superintendent of academic content, explained at the Hopkins/Hunter forum, over the past four years the state has reviewed more than 100 curricular programs according to their alignment with state content standards. The state leaves it up to districts to select curricula but helps them make informed decisions and facilitates professional development for the most highly rated curricula. Louisiana keeps track of what curricula districts are using and about 80 percent now employ materials from the state's top rating tier. The state's emphasis on curriculum appears to be generating results. Louisiana fourth graders achieved the highest growth among all states on the 2015 NAEP and the second highest in math.

While more gold-standard research studies are needed, there is a growing mountain of real-world evidence regarding the efficacy of high-quality curricula. Case in point: The three best-performing charter networks in New York City—Success, Icahn, and South Bronx Classical—all explicitly emphasize a coherent, content-rich, multiyear curriculum. South Bronx Classical, for example, has a meticulously planned classical curriculum that has students learning Latin starting in third grade and studying debate starting in fourth grade. "Great instruction requires great curriculum," declares the school's website. Teachers help refine the curriculum each summer and are provided with a database of detailed and rigorous lesson plans for every lesson in every subject in every grade.

Partnership Schools, a network of six Catholic schools in New York's Harlem and South Bronx neighborhoods, provides another example. Two years ago, the newly established network hired curriculum maven Kathleen Porter-Magee as its superintendent. She immediately replaced the hodgepodge of curricular offerings at the schools with the well-regarded Core Knowledge and Eureka Math curricula and provided teachers with the training and support to implement them well. The result: Over the past two years, Partnership Schools has doubled the percentage of students scoring "proficient" on the state's English exam and nearly tripled the math proficiency rate.

Two new books also make the case for the importance of curriculum. In "Pluralism and American Public Education: No One Way to School," Ashley Berner, deputy director of the Johns Hopkins Institute for Education Policy, examines different approaches to education reform and their impact. The interventions that seem to have the most positive results are curriculum-driven. Berner discusses how Massachusetts's embrace of strong standards, curriculum, and well-aligned assessments propelled the state to the top of the national (and even international) rankings of student achievement. Another interesting example that she provides is a case study of the introduction of the International Baccalaureate program in thirteen low-performing Chicago public high schools, which resulted in the International Baccalaureate students being 40 percent more likely to attend a four-year college than a control group.

In "Why Knowledge Matters: Rescuing Our Children from Failed Educational Theories," venerable education scholar E. D. Hirsch uses international data to bolster the argument that he has been making for three decades, that coherent, knowledge-rich, well-rounded curricula are key to student achievement. Hirsch documents how France abandoned its renowned knowledge-rich national curricula in favor of a more Americanized child-centered, skills-based approach. The result: a precipitous decline in achievement on national and international exams in every demographic group. He finds a similar story in Sweden. On the other hand, Germany began to adopt well-defined curricula after it scored below the United States on international exams in 2000. Its reading, math, and science scores soon began a steady upswing.

There are no silver bullets in education. But a growing body of both empirical and real-world evidence makes a compelling case that curriculum is a key component of student success.

Charles Sahm is director of education policy at the Manhattan Institute. Before joining MI, Sahm worked for a number of elected officials and education nonprofits.