Why Catholic schools have regained their place in education reform 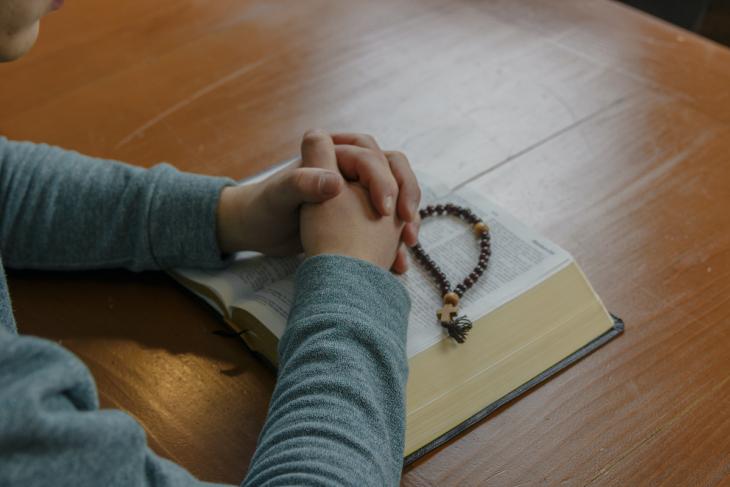 At the beginning of the modern ed-reform movement, getting onto four decades ago, urban Catholic schools were everywhere, serving as vital proof points in the debate about what was possible. While too many traditional public schools serving disadvantaged communities were either unsafe, failed to produce graduates with even basic skills, or both, urban Catholic schools stood apart. They inspired a wave of reform until, perhaps ironically, the reforms they inspired eventually nudged them out of the spotlight—that plus, of course, the country’s endless hand-wringing over private and religious schools.

Today, due to a combination of increased pressure from charters, fiscal woes, demographic shifts, and in many cases, failure to adapt to the brave new world of accountability and choice, more than 1,200 Catholic schools have closed. And that’s just in the past decade. It also needs to be said that news of the strong results most Catholic schools have long achieved with disadvantaged youngsters has been eclipsed by the impressive outcomes of the nation’s highest performing charter schools and networks.

Notably, those charters have achieved their results in part by borrowing some of the easiest-to-replicate practices of urban Catholic schools. Yet we also see mounting evidence that those commendable charter results are not yet translating into the long-term outcomes we all hope for the students we serve. That’s why, as I argue in a recent Manhattan Institute report, it’s time to take another look at Catholic schools and see whether, while copying their most visible practices—the discipline, the uniforms, the structure—ed reformers may have missed other elements of Catholic schooling that are key to long-term success.

Even top-performing charter networks are struggling to translate their strong test-score gains into college persistence and graduation. Perhaps no charter network has faced this reality more directly and openly than the KIPP network, which in 2011 released a “College Completion Report” that found that just “33 percent of students who completed a KIPP middle school ten or more years ago have graduated from a four-year college.” Those results fell far short of the network’s aspirations to help 75 percent of its graduates earn four-year degrees.

In response, KIPP made a number of programmatic shifts, including KIPP Through College and a “character counts” program intended to develop the values and skills that young people need in order to succeed in college and beyond. Yet earlier this year, Mathematica released a new appraisal of KIPP’s college completion results, noting that, despite its heroic efforts and hefty investments, the network is still struggling to achieve its college completion goals. While attending a KIPP charter school did have a positive impact on college enrollment, it did not have a statistically significant impact on college persistence: Just 33 percent of KIPP graduates persisted through the first four semesters of college, compared with 26 percent in the control group.

Reflecting on these and other results, earlier this week longtime charter advocate and City Fund founder Neerav Kingsland took stock of where the charter-centric approach to ed reform stands today. “The results coming out of the best charter organizations, and cities as a whole,” he wrote, “are sobering…we underestimated how stacked the world is against kids growing up in poverty.... We should admit that we failed to live up to our expectations.”

As leading charter advocate take an honest and hard look at their work, many reformers are also taking this moment to explore what else we can glean from Catholic schools, which have demonstrated more durable results. They’re looking beyond what’s easy to replicate and examining fundamental questions about the values and beliefs that may be foundational to the long-term impacts that Catholic schools have had.

That quest must inevitably lead them to the beliefs and values that form the foundation of Catholic education, for Catholic school success is not simply the product of rigorous curriculum, structure, and order. It’s also the result of a school culture animated by the belief that every child is made in the image and likeness of God and focused on drawing out of every pupil their own God-given potential.

Careful observers will also see that Catholic schools’ academic results are not actually the main goal; rather, they’re byproducts of schools that focus on forming young people not just with the skills that will make them financially successful, but also with the habits of virtue and values that will make them choose to do good and contribute to their communities.

After all, the evidence suggests that Catholic schools continue to demonstrate strong long-term outcomes, even as they struggle financially and struggle to compete for student enrollment and for solid state test scores. For example, girls who attended Catholic schools are more likely to avoid early pregnancy and boys are less likely to face incarceration. Research has also shown that Catholic school graduates are more likely to be civically engaged, to vote, to volunteer, and to give to charitable causes than their public-school peers.

Put more simply: When it comes to long-term life outcomes, students from high-performing charter schools seem to underperform relative to their strong test score results, whereas urban Catholic schools tend to overperform relative to their test scores. And at the core of these successes is the way Catholic schools think about their students and why Catholic educators do this work.

As ed reformers seek paths forward to the life-changing results they want for students, Catholic schools offer the simple but challenging lesson that purpose must be anchored to something larger and more enduring than individual-level achievement. As we work together to drive continued improvement and systemic change, it’s worth looking beyond easy-to-replicate programs and practices to the foundational values and beliefs that help schools build the habits and skills that serve young people long after they graduate.