Which candidate would you want your child's school named after? 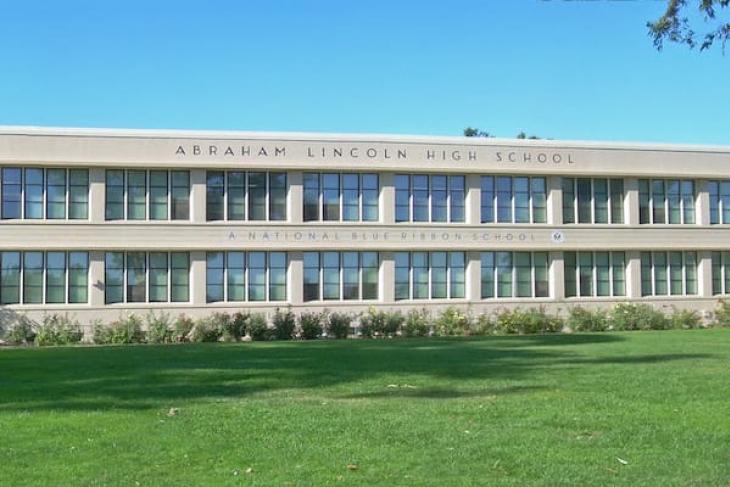 “Hold on a sec, I’m gonna get me a beer,” said Massachusetts Senator Elizabeth Warren in a New Year’s Eve live feed on Instagram, hours after filing paperwork to launch her exploratory committee to run for President. Warren, an unusually opportunistic and calculating politician, even by the standards of Oval Office aspirants, was immediately eviscerated on social media and in the press for her ham-handed attempt at regular guy authenticity, both for her language (“gonna get me a beer” vs. “get myself a beer”) and her choice of brews (Michelob Ultra). One Boston newspaperman aptly dismissed her self-conscious display as “the multi-million-dollar Cambridge law professor poppin’ a brewski.”

Here we go again. Brace yourself for many more of these de rigueur and unconvincing Joe (and Jane) Sixpack displays as the 2020 election cycle gets underway in earnest. For my own sanity, I have no intention of paying any serious attention to presidential politics until at least the calendar year in which the race will be decided. But I do have a request, perhaps a wish, for political pollsters and pundits, which might change the way candidates conduct themselves for (God help us) the next twenty-two months and in subsequent election cycles: Rather than that most hackneyed question, “Which candidate would you rather have a beer with?” ask instead, “Which candidate would you most want your child’s school named after?”

The beer question is obviously a proxy for a candidate’s apparent likability, amiability, and approachability. The school question would probe whether a candidate is admirable and commands respect. Give me the latter, please. I have no desire to send my kid to a school named for one of my drinking buddies.

Over a decade ago, Jay P. Greene published an eye-opening and sobering piece of research showing that the practice of naming American schools for presidents (and human beings generally) was in sharp decline. We’re minting new schools at a rapid clip, but we mostly name them for landmarks, trees, and geographic features; anodyne names like Ridgeview Elementary and Maplewood Middle School. Fewer than 5 percent of all U.S. schools are named after presidents; an overwhelming majority of American school districts have not a single school named after one, Greene and his colleagues found. They memorably discovered more schools in Florida named for manatees than for George Washington.

It’s easy to chuckle at this and not hard to understand the reasons why it’s happened. Few school boards want to invite protracted arguments over who is or is not worthy of honoring with a namesake school. “The shift from naming schools after people worthy of emulation to naming schools after hills, trees, or animals raises questions about the civic mission of public education and the role that school names play in that civic mission,” Greene wrote. “The names that school boards give to schools both reflect and shape civic values. They reflect values because naming a school after someone or something provides at least an implicit endorsement of the values that the name represents.”

Writing in the Teachers College Record last year, Jeff Frank, a teacher educator at St. Lawrence University, noted that when Yale recently offered a course called “Psychology and the Good Life,” nearly one-fourth of the school’s undergraduates—1,200 students—enrolled. When so many young people jump at the chance to think about how to live well, he noted, “perhaps the world we’ve handed down to them fails to provide them with the values they so desperately need?”

Frank described asking the future teachers in his class to come up with a list of individuals they would hold out to elementary school students as moral exemplars.

“After a long silence, one student hesitantly offered: Oprah?” Frank recalled. “After class I got emails from several students—some who are planning to become teachers—worried about what our inability to come up with moral exemplars said about the state of our society and prospects for educating in our time.”

Moral exemplars needn’t mean saints who lived blameless lives. But without question, the men and women who aspire to lead us no longer seem interested in being perceived as anything other than just folks. If I can make one wish for the 2020 election cycle that Senator Warren cracked open along with her Michelob Ultra, it would be that presidential aspirants stop acting like we’re headed to the pub for a couple of cold ones (and at the very least, don’t speak like we’re already two or three rounds deep). Act like you want us to name a school after you.

And maybe someday we will.