What Pope Francis will see when he visits my Catholic school 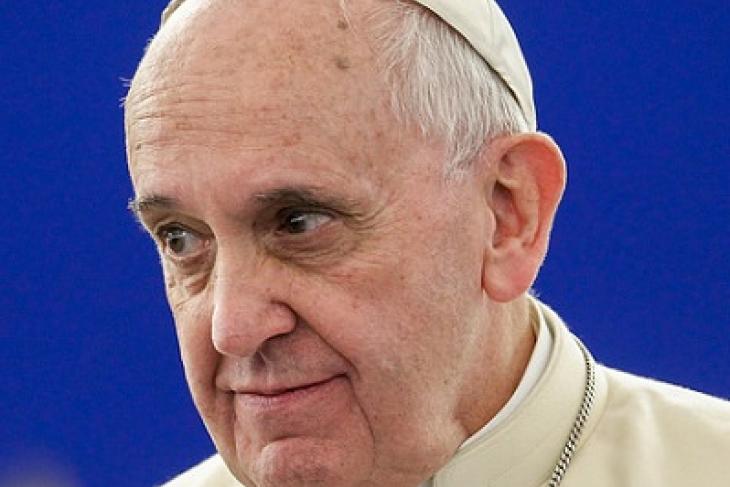 In the age of charter schools, Common Core, test-based teacher evaluations, and other hot-button education reform issues, Catholic schools have largely taken a backseat in our public conversations. When we do read about them in the media, it is often bad news: financial struggles, declining enrollment, closures. As recently as last week, headlines have spoken of the “demise” of urban Catholic schools.

As the superintendent of Partnership Schools, a network of six Catholic schools in Harlem and the South Bronx, I know the challenges our schools face. But the mood of gloom and doom misses the bigger story—an unprecedented partnership among parents, teachers, church leaders, and philanthropists that is setting the stage for an urban Catholic school revival.

This week, between his Pope Francis’s visit with world leaders at the United Nations and his audience with tens of thousands at Madison Square Garden, he has chosen to make a quiet stop to visit with students and families at one of the schools in our network, Our Lady Queen of Angels.

This is the first time a pope has ever visited an American parochial school, and his timing couldn’t be better. Francis brings with him a renewed focus on the service and social justice mission of the church. He tells us that “to change the world, we must be good to those who cannot repay us.” Perhaps no place better captures this spirit than what he will find in this small school in East Harlem.

We are in a period of tremendous hope and change in urban Catholic education. As Andy Smarick put it recently, we are experiencing “a wave of Catholic education innovation and entrepreneurialism that we probably haven’t seen since the 1880s, when the nation’s Catholic bishops mandated the creation of thousands of parish schools in response to rampant anti-Catholic bigotry.”

For more than 150 years, Catholic schools in general and urban Catholic schools in particular have achieved impressive results. With their focus on academic rigor, character- and values-driven education, and school culture, they have outperformed neighborhood public schools.

Yet despite the life-changing results urban Catholic schools have produced, many are at risk of closure. Parochial schools have historically been founded, financed, and run almost entirely by the parish community. Inevitably, as the number of Catholics in urban parishes has fallen and families have struggled to make ends meet, schools have faced serious financial challenges.

That’s why a dynamic group of Catholic leaders, educators, and philanthropists has been redoubling efforts to revive urban Catholic education. Our Lady Queen of Angels is a perfect example of the transformation. When its parish closed eight years ago, archdiocesan and school leaders redoubled their efforts to ensure the namesake school remained opened. Two years ago, it was selected as one of six campuses to be included in a first-of-its-kind Catholic schools network, to be governed by the archdiocese and operated by a nonprofit school management organization, which I oversee.

We aim to apply innovative thinking to our classrooms while continuing to stay true to our religious and moral mission.

The truth is that the great challenges urban Catholic schools face are slowly giving way to hope because of the energy and entrepreneurial spirit of the faithful. Just as the pope is helping to spark a new conversation about how important service and social justice are to the church’s mission, his visit to this humble school can and should spark a nationwide conversation about how we can ensure that these pockets of renewal lead the way to a true renaissance in urban Catholic education.

Editor's note: This post was originally published in a slightly different form in the New York Post.