What happens when policy and practice are at odds? 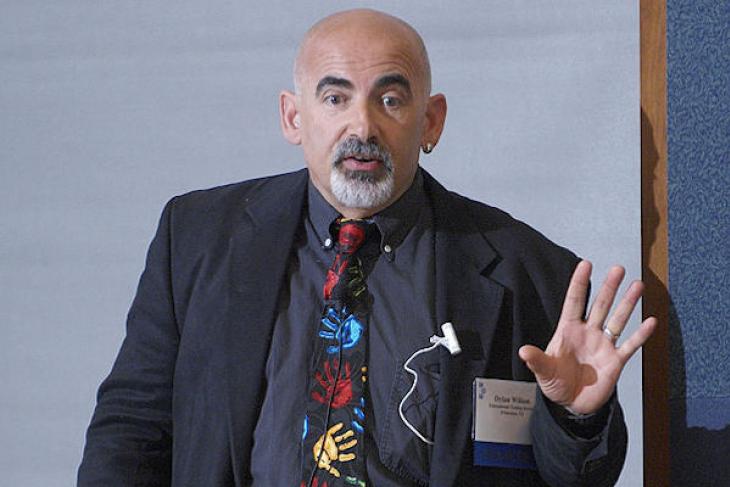 If you haven’t read Dylan Wiliam’s Creating the Schools Our Children Need, there’s now more reason to do so. In addition to a helpful review of the book by Robert Pondiscio, the National Center on Education and the Economy (NCEE) recently posted an enthralling nineteen-minute interview with Wiliam. In his conversation with NCEE’s new CEO Tony McKay, they spent much of their time unpacking the book’s subtitle, Why What We're Doing Now Won't Help Much (And What We Can Do Instead).

A global education leader who has won acclaim on the other side of the pond, Wiliam’s perspective is welcome at a time when the national discourse on education—to the extent there is one—is ever more polarized. His principal concern is that the effect sizes of the reforms we’ve been implementing in the U.S. are nowhere worth their opportunity cost to prepare young people to meet the increasingly complex demands of work and society. Moreover, these reforms are often expensive—with a marginal return on investment—and difficult to implement.

For instance, Wiliam points to recent efforts to pay good teachers more, a timely example given the labor unrest here in Denver around the district’s leading-edge pay model, known as ProComp (Professional Compensation Plan). He notes that the effect size of increasing pay on student achievement is nominal, and that substantially more money would be required to have an impact. To wit, as groundbreaking as ProComp was, pundits generally agree that it merited attention only because it was “better than awful.”

The conversation between McKay and Wiliam explores ways to improve teaching and learning. He persuasively argues for more humility in our efforts to improve teacher effectiveness, and offers a four-step framework to evaluate how we might better go about what we invest in. According to Wiliam, prioritizing a knowledge-rich curriculum and improving the decision-making tools at our teachers’ disposal would be a wiser use of time and effort.

As a former teacher, principal, and district leader, I found myself nodding in agreement with Wiliam’s ideas, but as a policymaker and advocate, it was less clear what implications his message might carry. At one point during the interview, McKay steers clear of the topic of alternative pathways into teaching after Wiliam makes his viewpoint known: “I don’t want the best and the brightest if they’re not going to stay in teaching… Schemes like Teach For America [TFA] aren’t going to have a big impact because when those teachers are just getting into their stride, they often leave.”

It’s a familiar criticism—one I’ve heard often as a TFA alumnus—and not one without any merit. Reasonable people can disagree about whether the money and effort spent to recruit and support TFA teachers, and similar routes that bypass traditional schools of education, might be put to better use investing in those who intend to make a career of teaching. Yet one would be hard-pressed to identify an entity that has had more of a lasting effect on public education, especially from a policy and advocacy standpoint, where alumni have led on, among other issues, trailblazing curriculum reforms.

To be fair, Wiliam’s critique of TFA is a relatively minor point in the interview, which I would encourage watching in its entirety. But it raises the question of what to do when educational best practices don’t intersect with sound education policy. All the more so given the big shifts currently underway in education reform.

We get a hint of Wiliam’s thoughts on the policy-practice divide in response to McKay’s final question on whether states have a role in ensuring that effective classroom practices are able to flourish. (A trigger warning to fellow policymakers: his answer on this point is less than satisfying.) Wiliam says that states are primarily political obstacles that practitioners should navigate or work around. It struck me as a cynical response, and one that misses the central role policymakers can and should play in creating better schools.

Indeed, variation across states—including in instructional practices—is caused by what state policymakers do (or don’t do). Testing and accountability may have fallen from grace, but states have other levers they can pull—under-recognized ones like evidence-based grantmaking or mundane ones like licensing and accreditation—to engender the improvements that Wiliam describes. Rather than viewing them as a hurdle, states are uniquely positioned to help accelerate and amplify best practices.

Consider Florida as an example. When Jeb Bush became governor twenty years ago, he made education his top priority and implemented a comprehensive reform model that included school choice, annual testing, and grading schools on an A–F scale. Many of those reforms endure to this today, and achievement gaps have been significantly narrowed. “First do no harm” is a fine adage for state officials, but as states like Florida show, it’s possible to help too.

Getting all of this right is as important as ever with states preparing to pump gobs of money into well-intentioned efforts of questionable cost-benefit. Policymakers are certainly guilty of not getting up on the balcony enough to properly examine the impact of their policies, but asking them to take an auxiliary role misses the significant part they must continue to play in driving system-wide reform.