What the election results mean for schools 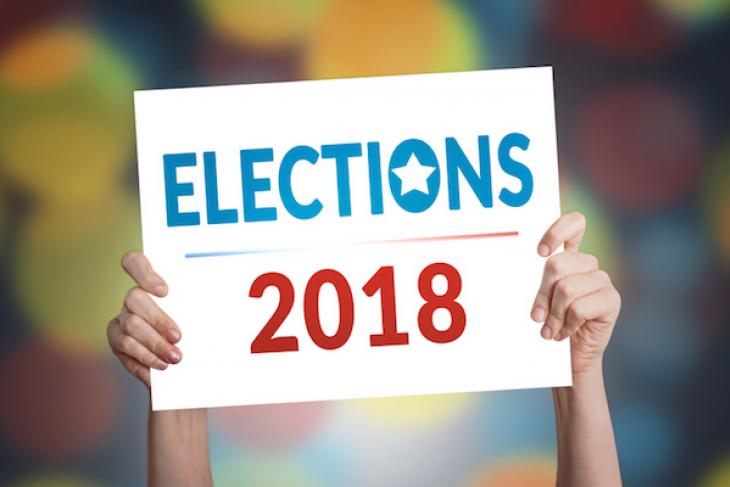 Fasten your seatbelts, education fans. Now that the 2018 midterms are in the books, all sorts of posturing and proceedings lay ahead. The mixed verdict didn’t stop partisans from seeing what they wanted to, with acolytes on both sides claiming unequivocal success. As for education, its role in the midterms—contrary to the hype—was predictably peripheral, and over-caffeinated narratives about surges in teacher activism proved overwrought.

Nevertheless, there are a few lessons to be had from Tuesday when it comes to education reform. As a follow up to the post I wrote right before the elections, I’m checking in on the races and ballot issues I flagged as important. These fell within three broad categories: (1) funding-related ballot questions, (2) policy-related ballot questions, and (3) the gubernatorial contests.

First, state-level funding measures succeeded in a number of places, but the biggest one here in my home state of Colorado was soundly rejected. But in contrast to the statewide proposal, local school taxes fared much better. As an example, my local school district—situated in a conservative leaning county—passed not just one, but two tax increases for the first time in twelve years. As the adage goes, all politics is local, and perhaps the same should be said for education and education policy. In fact, it might be hyper-localized when it comes to school funding.

In response to the failure of the statewide tax increase, Luke Ragland of conservative education advocacy group Ready Colorado said, “I don’t think this was a referendum on whether people want better schools or to pay teachers more. It was a referendum on a poorly worded ballot measure with no strategy or plan to actually improve educational outcomes.” Indeed, school funding in Colorado is a Gordian knot. A silver lining of Tuesday’s results may be a renewed call to action to the state legislature to take up the school finance formula.

Second, the big policy-related ballot questions went down in flames. Arizonans rejected an expansion of education savings accounts, but the measure’s defeat isn’t necessarily a setback for school choice proponents. Prominent choice groups actually opposed the measure and may be breathing a sigh of relief. In South Carolina, a fifteen-year push to make the elected state chief an appointed position demonstrably failed. As a result, it will remain one of the few states that still elects its state chief, though these positions are far less formidable than they once were.

The one place where the opposite could be true is in the Golden State, where education reformer Marshall Tuck won the most expensive contest in state schools chief history (as of publication time, the results were still unofficial). Could his victory signal a breakthrough on the stranglehold the teachers union has had there? Questions have also been raised as to how much Tuck can accomplish in the position, but I’m hopeful that he can advance a more forward-looking agenda than Californians have been accustomed to.

Third, the results of the gubernatorial contests provide a clearer sense of what may be in store for schools. New Mexico will assuredly do an about-face on accountability, testing, and teacher evaluations. Wisconsin’s new governor campaigned on increasing school funding and dialing back the state’s voucher program. Signs indicate broad support for more dollars to schools, but freezing voucher enrollment would be a tough sell in a Republican controlled legislature that expanded its dominance.

There were other interesting outcomes from the governors’ races, but I think the most interesting one was Colorado’s. Mike Johnston didn’t make it out of his primary, but the state still managed to install a former charter school founder in the governor’s chair. Johnston is and will always be a reform hero—and some people still salivate over the what ifs of had he won—but Jared Polis is a star in his own right and also a reformer by background. It remains to be seen exactly what he’ll do from his new perch, but the Democratic trifecta in Colorado means the pressure is on to deliver.

Polis campaigned on fully funding kindergarten and universal access to preschool. Whether his priorities would be the best use of scarce education dollars is an open debate, but there’s also the question as to whether Coloradans would be receptive to the pursuit of additional dollars right after voters resoundingly rejected more taxes by ballot. If past is prologue, there’s no indication that Polis would veer from what is known here as the “Colorado way”—the state’s history of making slow and steady progress through painstaking bipartisan compromise.

Instead of a common thread across states, this election cycle’s key education takeaways were in many cases not just state specific, but locally specific. In Colorado, local tax measures had far more success than the ballyhooed statewide one. The failure of the latter coupled with new leadership in state government could provide the momentum needed to seriously address an antiquated funding formula that hasn’t been touched in a quarter century. After Tuesday, the only thing I look forward to more than that is resuming life without electioneering ads and campaign mailers. Bring on the Christmas commercials! They will be a welcome change of pace from the last few months.