A victory for charter quality in Detroit 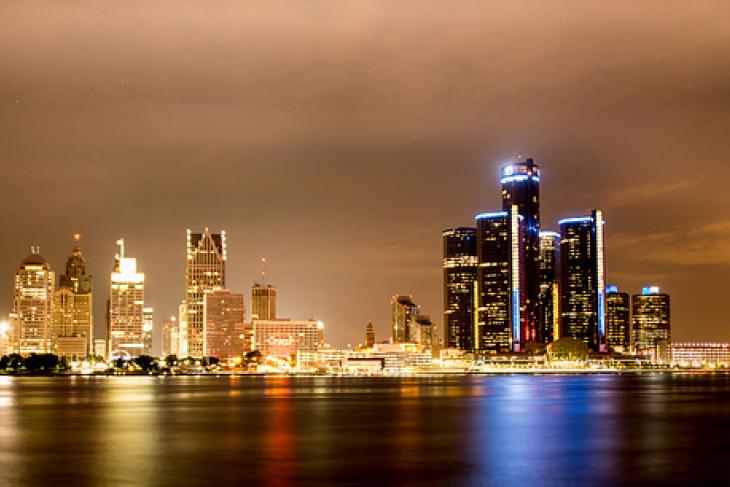 That education in Detroit, like much else in the Motor City, needs a reboot is beyond argument. The city’s students have endured increasing violence in recent decades, along with failed support systems, the absence of working streetlights, and the worst city transportation system in the country. People with the means to relocate have abandoned the city, and most of those who remained understandably sought ways to change the course of their children’s futures. The change of choice was to find a school of choice. Today, 53 percent of Detroit students attend a charter school—about the same as in Washington, D.C., and second only to New Orleans.

The mere presence of charter schools does not mean that Detroit’s education problems have been solved. Most of the city’s students are behind before they even begin. As in any community where poverty reigns, those with the fewest resources face the greatest challenges to overcome in reaching a satisfactory level of achievement. Charter schools have limited resources, but the best of them find success via innovative, student-focused approaches to teaching and learning. And while the city’s dire funding crisis masked the reality of what it takes to reach these kids, charter schools powered through and proved that greater outcomes could be achieved.

Yet Detroit’s charter schools, taken as a whole, are far from where they need to be. An ideal system of choice starts with meeting parents’ needs; but it also goes further to ensure a level of student success that many parents never thought possible. The charter sector must foster that success—and schools that cannot or will not produce it have no place in Detroit. Newly enacted legislation seeks to retool this sector in the direction of greater quality.

Of the original recommendations presented to the legislature by the Detroit Coalition and the governor, all but one was achieved. These aims include paying off the amassed debt of Detroit Public Schools (DPS), providing seed money for the new school district, returning the district to an elected board, preserving all union contracts, and ending the power of the emergency manager. All of these, in addition to other critical reforms that weren’t on the list of objectives, were included in the final legislation passed this month and signed by Governor Rick Snyder Tuesday.

To start, it requires that a new performance system be adopted. The legislation calls for the adoption of the current state system, which is dependent on “Top-to-Bottom” rankings, as well as the creation of a citywide A–F report card or a new statewide A–F system. The only meaningful choice is a statewide A–F system that measures both growth and proficiency. In the spirit of (and in conformity with) No Child Left Behind, Michigan let itself act as if “proficiency” were the only goal of schooling. But when most students are coming from far below that level, it’s progress toward proficiency—and then progress beyond proficiency—that needs to be measured, monitored, and made consequential for schools.

Possibly the most powerful pieces of this legislation are those reforms that were not among the original objectives. The legislation includes authorizer accreditation requirements for the opening of new schools, a ban on authorizer shopping for failing charter schools, and an automatic closure provision with current, clear standards. Also important is the replacement of the Detroit Education Commission with a city-level council tasked with responding to the valid outcry for coordination of school openings and closings. This council, with representation from the traditional and charter public school communities, is charged with providing analysis of school performance, facilities, student demographics, and educational needs in Detroit. This legislative compromise respects the autonomy of charter schools and expectations for coordination.

On the other hand, while the legislation invested over $617 million into DPS, it failed to address funding equity, access to facilities for charter schools, and the non-existence of charter school start-up funding.

As important as this legislation is, the real work begins now. The future of Detroit children is hanging by a thread—the assumption that Detroit stakeholders will collaborate and join forces to develop real solutions. And yes, this means compromise. The kids are depending on it.

Daniel L. Quisenberry is the president of the Michigan Association of Public School Academies.

2.7 cheers for the NAEP Reading Framework

Charter school teachers are teachers, too