Vaccine-making’s lessons for high-dosage tutoring: It’s weird in there 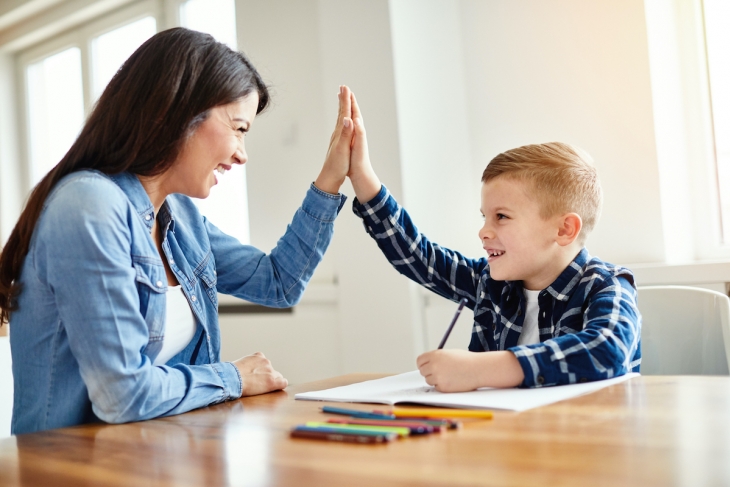 Editor’s note: This is the second post in a five-part series about how to effectively scale-up high-dosage tutoring. Read parts one, three, four, and five.

It’s not easy—especially when you’re a mere chemist—to picture what’s really going on inside a cell.

The sorts of pictures that most of us tend to use (two blobs to represent a ribosome, little snaky line curving out from it to represent a new protein) are helpful memory devices, but have very little to do with reality.

Just to pick one example, I’ve had to update my thinking the last few years as the importance of condensates has become more apparent, for example: the inside of the cell is constantly experiencing the formation (and dissolution) of all sorts of tiny non-mixing liquid droplets of concentrated proteins and RNA species, like a bottle of salad dressing a few seconds after you shake it up, but without the further separation into two bulk phases.

We’ll guess that any Fordham Reader agrees with Derek. Folks like us—decidedly not even “mere” chemists—can’t conjure what’s really going on inside a cell.

However, we’re educators! We think we know what’s going on inside tutorial sessions.

Nope. Unless you’ve been actually observing hundreds of real-life sessions, you’re like Derek. You have a rough idea that’s probably off target.

The pictures that most of us use (an adult explaining something to a kid) are helpful memory devices, but they often have very little to do with reality.

Did you picture this?:

I would try to ask the prescribed questions, but Keisha generally stared straight ahead and refused to answer. She clearly hated the whole exercise and eventually refused to come.

I didn’t blame her. She was missing so much information about the world that focusing on “strategies” seemed beside the point. When we read a book about the Golden Gate Bridge, for example—to practice “summarizing,” or whatever the strategy of the week was—I discovered she’d never heard of California, let alone San Francisco or Marin County, terms used in the book.

One day Keisha said softly that she really should be in class, where she might be learning something (instead of in a one-to-one tutorial). I had to agree.

That’s Natalie Wexler, a wonderful education writer, describing her own recent tutoring experience. Hers is a common story, not an outlier.

Oh, and Natalie’s example was with one student. Frequently there are two to four kids in a tutorial. Some are not paying attention, eyes drawn to the windows, or covertly scanning phones in their laps. Some are confused, brows furrowed. Some are irritable, lips pursed, sighing theatrically at the slightest challenge, rolling their eyes at each task change. Often the tutor is talking too much, over-explaining. Often both parties are bored with the curriculum. Maybe the Zoom session just timed out. Maybe Kid #1 was tight with Kid #2 in September, but they had a big fight, and now they hate each other. Maybe Kid #3 was “sort of OK” with tutoring but became resentful when the tutor called her mom and mentioned missing assignments.

It’s weird in there.

If you believe tutoring is simple, then the path to scale is easy. Get some cash. Use it to pay smart, kind adults to sit across from kids and teach. Create some rules. Get to work.

If you think “it’s weird in there”—that it’s quite hard to create a productive tutorial, that pairing a well-intentioned adult often results in a worthless lesson—you’ll grasp that it would be easy to waste a ton of money in this arena.

But as we’ll explain tomorrow in the third part of this five-part series, it’s not just that individual tutorials can be quite challenging.