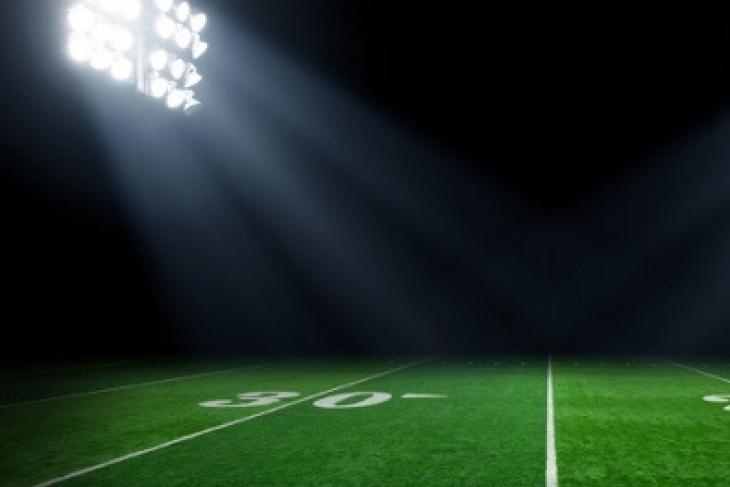 The eyes of the nation are fixed on a tournament of champions this week. Snacks have been prepared, eager spectators huddle around their screen of preference, and social media is primed to blow up. Veteran commentators have gathered at the scene to observe and pontificate. For the competitors, the event represents the culmination of months of dedicated effort, and sometimes entire careers; everything they’ve worked for, both at the college and professional level, has led up to this moment. The national scrutiny can be as daunting for grizzled journeymen as it is for fresh-faced greenhorns. You know what I’m talking about:

Okay, you probably know what I’m talking about. If you inhabit the world of education policy, you took notice of Fordham’s January call for accountability system frameworks that would comply with the newly passed Every Student Succeeds Act—and take advantage of the new authority the law grants to states. With the federal influence on local classrooms scaled back so suddenly, it will be up to education agencies in Wisconsin and Mississippi and Alaska to adopt their own methods of setting the agenda for schools and rating their performance in adhering to it.

The purpose of our little conclave—and the request for proposals that proceeded it—was to seek out some of the best ideas percolating in the far-flung reaches of wonkworld, interrogate their goals and assumptions, and inject them into the murk of policy implementation. Perhaps the good folks over at the Department of Education could take a few notes—and if we can accomplish that, there may even be hope for the overextended Goodell regime.

The response was immediate and overwhelming. We received dozens of plans from thinkers in academia, consulting practices, the think tank world, and even major urban school districts. Upon review, the competition was winnowed to a playoff field of ten intrepid contenders from across the country. They gathered Tuesday afternoon at the frozen tundra of Lambeau Field, er, Fordham’s cheerily appointed and climate-controlled meeting space. Battle was joined. Soft cheeses were consumed. And verdicts were rendered for each proposal by our team of experts: former two-time state schools chief Tony Bennett, career teacher and charter founder Charlene Mendoza, former Department of Education Chief of Staff Joanne Weiss, and all-around reform mensch Andy Smarick. Each participant addressed his remarks both to the packed house and this formidable gauntlet of evaluators, each poised to stump them with questions or issue withering judgment in the vein of American Idol. (This may be the place where my football metaphor starts to break down, but bear with me.)

One of the key quandaries of the post-No Child Left Behind landscape is how to accurately gage performance without falling back too heavily on the much-loathed regimen of standardized tests. Suggestions for achieving that aim helped a few teams put points on the board—but also led to some vicious collisions. Even while looking favorably on Chad Aldeman’s general outline, several judges raised eyebrows at his suggestion to base evaluations partially on visits by apolitical school “inspectors” (a model that draws inspiration from the British system). Arizona State University’s Sherman Dorn unveiled a crisp delivery (and awesome use of art) to attack “brain-dead algorithms” for school ratings, but his bid to use grand juries to identify schools with low-performing subgroups and equity struggles proved the most polarizing idea of the day; Tony Bennett dismissed it as “a statutory and regulatory mess.”

Not every challenger could rely on prior postseason experience. Mixed in with the graybeards were the makings of a bona fide youth movement: Lydia Burns and Jamie Smith, two Kentucky high school students who helped design their presentation as members of the state’s Pritchard Committee Student Voice Team. The pair voiced some respectful plaudits for their more seasoned rivals, proclaiming them “the most brilliant policy experts in the country.” Once the bright lights came on, though, the rookies proved they were born for primetime, breaking down a meticulously cited game plan to measure performance through indicators of proficiency, growth, achievement gaps, and school climate. Whether their awe-struck deference was genuine or merely a clever ploy, the kids enjoyed a lusty reception from both judges and onlookers. “You can stand with any wonk in this room, any time,” gushed Joanne Weiss.

As the competition progressed, presenters began to coalesce around a handful of common objectives—and offered more than a few novel schemes for how to realize them. Endorsements were made for different non-academic indicators of school quality, including retention rates, faculty absenteeism, fullness of curriculum, and student attendance. Bennett stumped for a clear, dispositive A–F rating for the reasons of clarity, while Weiss countered that their “simplicity masks a lot of important information.”

The game’s outcome wasn’t solely in the hands of the officials, thankfully. Through the magic of online survey technology, audience members were able to instantly weigh in on every proposal. Though the mood of the crowd was broadly generous (attendees seldom pushed the “Hate it” or “I think it might be illegal” buttons, as was their prerogative), a few standout playmakers earned particular admiration. As Fordham’s own Robert Pondiscio sagely observed, two of the most fêted plans were the works of either pupils (the instant-favorite Student Voice group) or teachers (the Teach Plus policy fellows, who drew up an innovative two-tiered system of separate performance indicators).

In the end, though, no winner was crowned. “Partly that’s because I’m too cheap to hand out cash prizes,” conceded Commissioner Mike Petrilli. But the matter of championship trophies was secondary to the question on everybody’s minds: Now that these ideas are in the air, will they ever make it to schools on the ground? Do any states have the personnel and the backbone to remodel their accountability plans around the new ESSA playbook?

That’s the greater contest—bigger than our terrific and fun event, bigger than the Super Bowl. We still don’t know whether most states agencies have the capacity to fundamentally change their present systems and start assessing schools by more precise and representative metrics. Finding out is going to involve some bumps. Reformers need to grab their helmets and strap on some pads. And for once, let’s all skip past the commercials.