Theory without experience is intellectual play

Theory without experience is intellectual play
7.7.2015 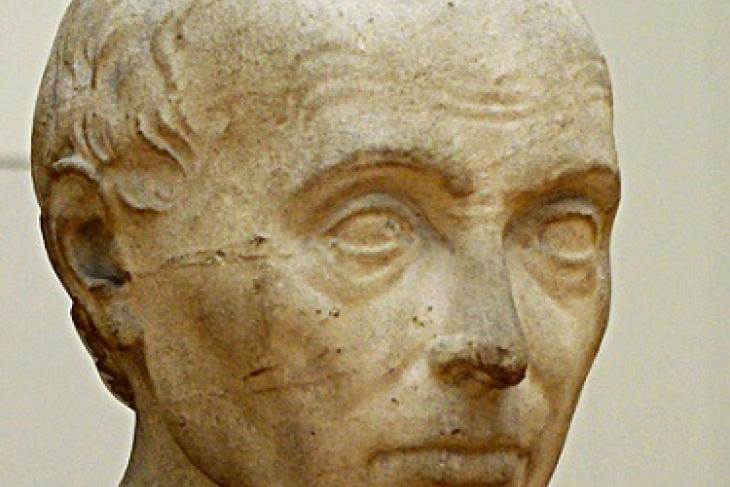 John Dickinson, probably our nation’s most underappreciated founder, argued at the Constitutional Convention, “Experience must be our only guide. Reason may mislead us.”

This can be particularly helpful when thinking about education policy. It gets us away from reasoning primarily through abstractions. Theories can sparkle on the page, but—like exquisite battle plans that perish at first enemy contact—the real world lacks the good manners to blithely approve celebrated ideas.

Education is also prone to fads cooked up by the best and brightest of the moment. The current generation always seems to fancy itself the wisest, the most courageous, the long-awaited possessor of The Answer. But schools have been around forever. There are mountains of accumulated wisdom to study if we’re willing to look up from our Twitter feeds.

A terrific new article by two of our field’s éminences grises shows what experience has to offer above and beyond ideas, ideology, and innovation. In “A Progress Report on Charter Schools,” Checker Finn and Bruno Manno reflect on lessons learned since the publication of their 2000 book Charter Schools in Action.

Finn and Manno have earned their stripes. They’ve made major contributions to chartering for two decades, served in high-level government positions, led education organizations, written extensively on K–12 issues, worked in philanthropy, and more. Though the article is a great charter school primer, it’s notable for the authors’ reflection on what they (and others) should have done differently.

Both strongly support school choice, but they concede the “vexing reality” that “market forces alone can’t reliably generate academic effectiveness.” Overconfidence led to accountability getting short shrift early. “Those present at the creation of the charter bargain (ourselves included) paid too little attention to how authorizing would work.”

Throughout the article, the authors explain how events played out differently than expected. Because they assumed “a barely regulated marketplace would provide more quality control than it has…we focused on quantity rather than quality.” They were excited by policies that would spur “infusions of capital and entrepreneurialism,” but “we didn’t take seriously enough the risk of profiteering.”

But their mistake wasn’t solely failing to appreciate the risks of school markets. They also didn’t foresee all of the “market enablers” required to make this new system work. They list high-quality operators, pipelines of talent, strong accountability systems, robust information for parents, fair enrollment systems, smart transportation and facilities policies, and more.

I think the article should be required reading for anyone euphoric about Nevada’s new education savings account legislation. Finn and Manno’s implicit warning that program quality and market enablers need attention should be heeded carefully. Unfortunately, at least based on many of the responses to Fordham’s recent “Wonkathon,” the only things less welcome than state accountability are historical references. Mike smartly pointed out that those enthusiastic about the program were apt to laud its possibilities. What I noticed was the surfeit of ideological arguments and the paucity of respect for experience.

Seth Rau of Nevada Succeeds failed to mention that his state’s nearly twenty-year history with chartering has produced the nation’s lowest-performing charter sector according to CREDO. Jonathan Butcher discussed cane toads and beetles but never mentioned our nation’s experience with charters, vouchers, SES, or scholarships. Tracey Weinstein offered some interesting analysis of the program’s goals and the state’s private schools, but she similarly failed to mention the results from any other state’s experience with choice.

Jason Bedrick offered the most compelling philosophical explanation for a system of choice. But his professed “humility” (we don’t know everything) came across as agnosticism (we can’t know anything) given that we’ve learned gobs about choice over twenty-five years. Indeed, his sanguine title, “Let the market work,” runs headlong into Finn and Manno’s reflections.

(Goldstein, Ladner, and Lake admirably tempered their enthusiasm with references to lessons learned, however.)

Philosophical arguments also abound in the current ESEA debate. But it’s virtually impossible to find references to our thirty-five years of pre-NCLB experience. In fact, one of the most frequent responses to our recent report on ESEA reauthorization has been, “Thanks for writing the section on the law’s history; I didn’t know that stuff.”

I’ve written before about education reform’s love for all things new. It sure wouldn’t hurt if more education entrepreneurs spent time learning about all the efforts that preceded them.

To be clear, it’s important that we fix our destination based on principles. Our ideology should tell us where to go. But it gives vague advice about how to get there. In Immanuel Kant’s words, “Experience without theory is blind, but theory without experience is mere intellectual play.”