Thanks to Common Core, most states will finally close the “honesty gap” 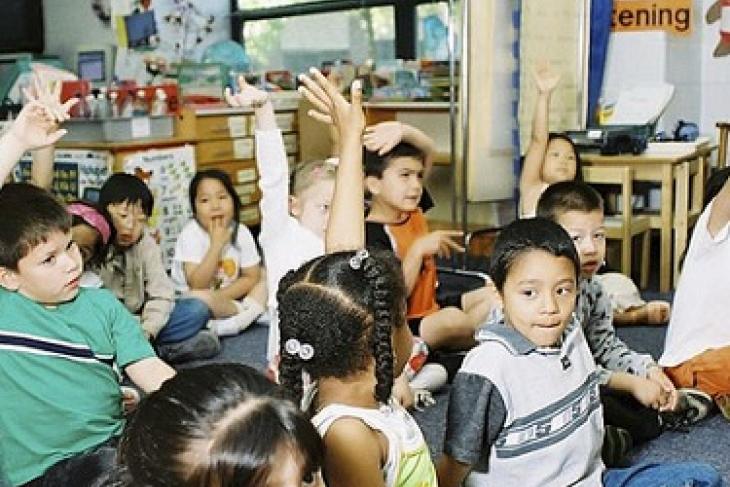 In 2007, the Thomas B. Fordham Institute published what was probably the most influential study in our eighteen-year history: The Proficiency Illusion. Using data from state tests and NWEA’s Measures of Academic Progress, our partners at NWEA estimated the “proficiency cut scores” of most of the states in the country. We expected to find a race to the bottom during the No Child Left Behind era; instead we found a walk to the middle. Importantly, though, we also demonstrated the vast discrepancies from state to state—and within states, from subject to subject and even grade to grade—when it came to what counted as “proficient.”  Checker and I wrote in the foreword:

What does it mean for standards-based reform in general and NCLB in particular? It means big trouble—and those who care about strengthening U.S. K–12 education should be furious. There’s all this testing—too much, surely—yet the testing enterprise is unbelievably slipshod. It’s not just that results vary, but that they vary almost randomly, erratically, from place to place and grade to grade and year to year in ways that have little or nothing to do with true differences in pupil achievement. America is awash in achievement “data,” yet the truth about our educational performance is far from transparent and trustworthy. It may be smoke and mirrors. Gains (and slippages) may be illusory. Comparisons may be misleading. Apparent problems may be nonexistent or, at least, misstated. The testing infrastructure on which so many school reform efforts rest, and in which so much confidence has been vested, is unreliable—at best. We believe in results-based, test-measured, standards-aligned accountability systems. They’re the core of NCLB, not to mention earlier (and concurrent) systems devised by individual states. But it turns out that there’s far less to trust here than we, and you, and lawmakers have assumed.

The reason for this walk down memory lane is because Achieve is out today with an important report reminding us that the “proficiency illusion”—what some now call the “honesty gap”—is still vividly with us. Many states have been defining “proficient” at levels dramatically below the bar set by the National Assessment of Educational Progress and, more to the point, below the level that would indicate that kids are on track for college and career. But thanks to the Common Core aligned assessments that most states are using for the first time this year, the illusion—and the gap—is about to disappear. (At least if the states follow through and set the bar at a true college-ready level. I’d be shocked if they didn’t.) Policymakers in these states deserve a ton of credit for taking this politically difficult, but morally correct, step. This is a historic milestone for America’s schools.

Yet I’m not ready to declare “mission accomplished,” because there’s plenty of reason to worry about what happens next. I worry that some states will overcorrect, replacing the “honesty gap” with a “reality gap.” I worry that they will follow in the utopian footsteps of NCLB and hitch their policies to the notion that all students should attain college and career readiness—and schools that don’t meet that inspiring but impossible goal will be declared failures.

As Checker and I reported a few weeks ago, the United States as a whole has never gotten more than 40 percent of its high school graduates above the “college-ready” level. By all means, we should and must do better. Fifty percent would be a great accomplishment. One hundred percent, though, just isn’t going to happen. 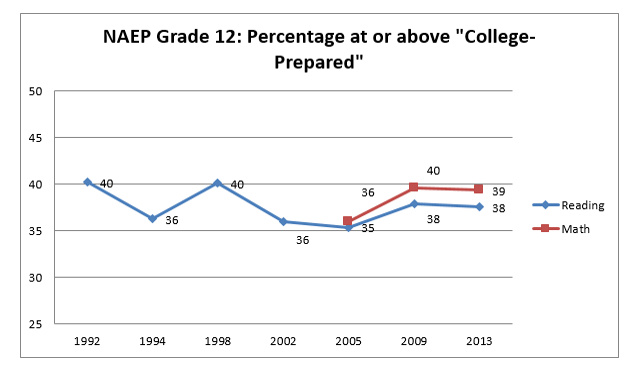 Eight years ago, in that same Proficiency Illusion foreword, we suggested that “education standards in the U.S. should be tethered to real-world expectations for the skills and knowledge that 18-year-olds need to possess in order to succeed in a modern economy and democratic polity. High-school graduation should be attached to reasonable attainment of those standards.” We’ve now rethought the latter part of that formulation. Attaching high school graduation to the attainment of college readiness would mean denying diplomas to at least 60 percent of the nation’s twelfth-graders. We’re simply not going to do that, nor should we. As Checker wrote in Education Next, states should instead set multiple “cut scores” for high schoolers—including one that indicates true college readiness (and might earn students a ticket out of remedial education once on campus) and another, more modest one for graduation that indicates the attainment of basic skills.

Colleges, on the other hand, should stop admitting students who are far below the college-ready level. Hiding behind an “open-access mission” is no excuse for accepting young people who are reading and doing math at a middle school level and have little or no chance of getting beyond remedial education, much less completing a bona fide postsecondary credential. In my view, it’s akin to mortgage companies preying on low-income individuals, offering them loans that will almost surely end in default.

Much higher proficiency cut scores will also require states to rethink their approach to school accountability. As we’ve seen in New York, which is a few years ahead of the curve when it comes to making its tests much harder, a higher cut score will make achievement gaps look much bigger, and the achievement of most high-poverty schools look much worse. Save for the Success Academies, most of New York City’s high-flying charter schools (including KIPP) received sobering reports of student proficiency. Their kids may have matched the performance of suburban students when the standard was set at a modest level, but a higher bar has exposed real gaps that have been there all along. KIPP New York is still a great set of schools; the problem is that proficiency rates are a terrible measure of school performance. Looking at student-level growth over time is the only fair way to go.

Allow me to summarize:

It took us a long time to fix the honesty gap. Let’s beware of creating new gaps in its place. 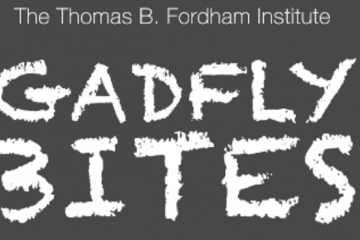 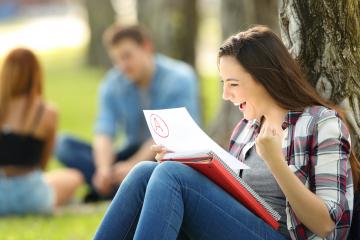