Teacher tenure lawsuits and their pitfalls 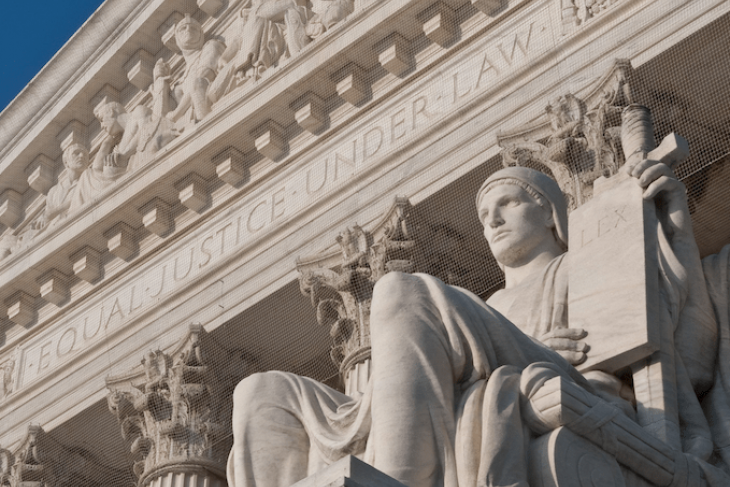 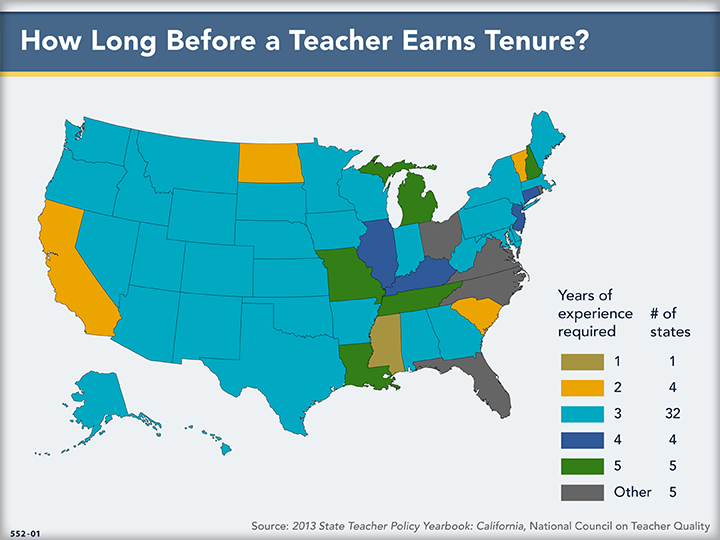 It’s open season on teacher employment protection laws in U.S. state courts. The watershed moment, of course, was June’s Vergara v. California verdict holding California’s laws unconstitutional. Vergara began back in March of 2012, when nine public school students filed suit against the State of California, arguing that California’s laws violated its constitutional guarantee of an effective education. In the seven weeks since, two high-profile copycat cases have been filed in New York State. Have we reached a point of no return? And if so, is that a good thing—even for those who oppose tenure? Don’t be so sure.

It’s important to keep in mind that teacher tenure is a state-law issue. Every state writes its own legislation, so laws are usually different from state to state. Just because teacher tenure is poorly structured in California doesn’t mean tenure is bad everywhere. In fact, the current landscape provides a perfect opportunity to showcase this important lesson. Let’s start with California.

In Vergara (and its copycats), three types of laws were at issue: (1) tenure, which determines under what circumstances the state will grant a teacher employment protections; (2) dismissal, defining the process through which states fire tenured teachers; and (3) seniority, which mandates what role seniority plays in layoffs. It turns out that California’s laws are extreme in all three cases.[1]

Among other things, tenure allows states to retain good teachers by granting them substantial protections the teachers wouldn’t have elsewhere. States, of course, don’t want to retain bad teachers, so whether a teacher is effective should be a big factor in determining whether a teacher deserves tenure. California teachers can gain tenure after eighteen months—i.e., the state relies on just one-and-a-half years of data to decide whether a teacher is, in fact, good. That’s short—so short that California is one of only five states in which the tenure process starts after two years or less. Thirty-two states require three years of teaching; nine states require four or five; and four states have no tenure whatsoever. In all, forty-five states wait longer than California does.

Teacher-dismissal laws are supposed to be a version of due process. Each state defines due process in its own way, based on its constitution. Generally, though, due process balances three factors: (1) the private interest at stake; (2) the risk of erroneous deprivation of that interest; and (3) the government’s interests, such as avoiding lengthy and costly administrative proceedings. In California, teacher-dismissal proceedings usually take between two and ten years and cost the state between $50,000 and $450,000. In a state with 2,750–8,250 “grossly ineffective” teachers[2] at any given time, dismissing them all would cost between $137.5 million and $3.7 billion—all just to rid students of poor teachers.

Seniority laws define what role longevity plays in layoffs. California’s law, which is a mandate on local districts, is commonly known as “last in, first out,” or LIFO. Newest employees go first, the oldest last. This is California’s sole factor. Ineffectiveness is irrelevant. Only ten states share this policy. Elsewhere, twenty states say that seniority may be a factor (meaning that unions can try to build LIFO into collective-bargaining agreements); nineteen (including D.C.) allow school districts to decide whether to consider seniority at all; and two states have outlawed the use of seniority altogether. In all, forty-one states disagree with California’s policy and allow districts to consider more than seniority during layoffs.

Let’s be frank, though: California’s laws are uncommonly bad and deserve to be changed. But how about other states, such as New York State, the site of the two recent Vergara copycat suits?

New York State’s tenure laws mandate the much more common three-year probationary period that thirty-two other states share, which is 50 percent longer than California’s. Only thirteen states wait longer than New York, or have no tenure at all. Add to this the very positive effects of Joel Klein’s changes to New York City’s tenure review process—which operates within the confines of the state’s three-year probationary period—and you’re actually left with pretty good tenure policy, at least in the Big Apple.

On the other hand, New York joins California as two of only ten states with LIFO layoff laws. And, at least in New York City, Department of Education data show that of the 826 attempts to fire teachers over the last two years, only 40 resulted in termination.[3] How long New York State dismissal proceedings generally take and how much they cost will come out in the legal proceedings. But if New York City is any indication of the state as a whole, the system probably isn’t great.

So unlike California’s all-bad tenure system, New York State’s might have some good. Seniority and dismissal laws might be due for revamps, but the tenure system’s probationary period could be just fine. This, of course, is something the New York courts will address—and maybe even decide. Which leads to a bigger question: Is this something we want courts doing, regardless of your opinion of teacher tenure?

The legal reasoning in the Vergara decision was straightforward. The students demonstrated that (1) California’s laws have had a “real and appreciable impact” on their constitutional right to an effective education and (2) the laws disproportionately have affected poor and minority students by exposing them to a greater proportion of ineffective teachers. This meant that the court would strike down the laws as unconstitutional unless the state could defend them. The state, however, failed because it was unable to establish (1) that the laws further a compelling state interest and (2) that this is the best way to further that interest. This test that the state failed, by the way, is called “strict scrutiny”—a bar that is infamously hard to clear, inspiring the adage “strict in theory, fatal in fact.”

Take your favorite school policy: state-funded pre-K, for example. Hypothetically, imagine a plaintiff establishes that (1) his district’s use of funding for pre-K imposes such a financial burden on his district that it negatively affects his education and (2) poor and minority students, who often attend more cash-strapped districts, are disproportionately affected. Under Vergara’s reasoning, a judge could justifiably end state-funded pre-K in that district if there was some better way it could educate kids before Kindergarten. Such a precedent (which, may, of course be overturned on appeal[4]) is dangerous, unnecessary, and bad for students. Some laws deserve to be changed, but courts aren’t always the best venues.

None of this is to say that courts should categorically stay out of education; the judiciary is a necessary part of government’s checks and balances and has a constitutionally defined role that extends into this realm under certain circumstances. And it’s certainly not to say that teacher tenure is categorically good or bad. Being strictly for or strictly against tenure or court involvement misses the point. The question is, and should always be, “What’s best for the education of our youngsters?” If tenure done right (which might be tenure in New York City á la Joel Klein) retains effective teachers and rejects the bad, then we ought to be for it. If a court strikes down an unconstitutional law and it betters K­–12 education in the U.S., both directly and indirectly, then we ought to be happy about that, too.

But the legal reasoning in Vergara probably doesn’t do that. And the same goes for California’s tenure laws, ten states’ seniority laws, and dismissal proceedings that claim to be due process but actually serve to shift incentives away from fair firings. We ought not put adults before students. And we ought not restrict ourselves to ideological boxes that categorically condemn ideas that are only bad in cases of poor implementation. One can be anti-tenure and anti-Vergara, just as one can be pro-tenure but anti-LIFO. It’s never all or nothing.

Brandon Wright edits Fordham’s weekly Education Gadfly e-magazine. He holds a J.D. from American University Washington College of Law and will be blogging about various education-related legal issues for Flypaper.

[1] Vergara’s holding—that the laws at issue are unconstitutional—has been stayed, pending appeal. Therefore, these law still govern teacher employment protections and will be referred to in the present tense throughout the post.

[2] The court based these numbers on the state’s expert testimony at trial, which stated that between 1–3 percent of the states 275,000 active teachers are “grossly ineffective.”

[3] Of the 826, 496 were resolved and 330 are still pending. Many of the resolved proceedings resulted in nontermination penalties, such as fines (171 cases), fines and/or training (31 cases), and suspensions (19 cases). Many also resulted in settlements in which teachers agreed to resign or retire (the exact number of these isn’t publicly available).

[4] It’s important to understand, however, that Vergara was a trial court decision. At this level, losing parties always have a right to appeal to a higher court, an appellate court, where reversals are common and holdings are often stayed until the appeal is complete. And Vergara is no exception; the California Teachers Association, California Federation of Teachers, and the state plan to appeal, and the verdict has been stayed pending that appeal.