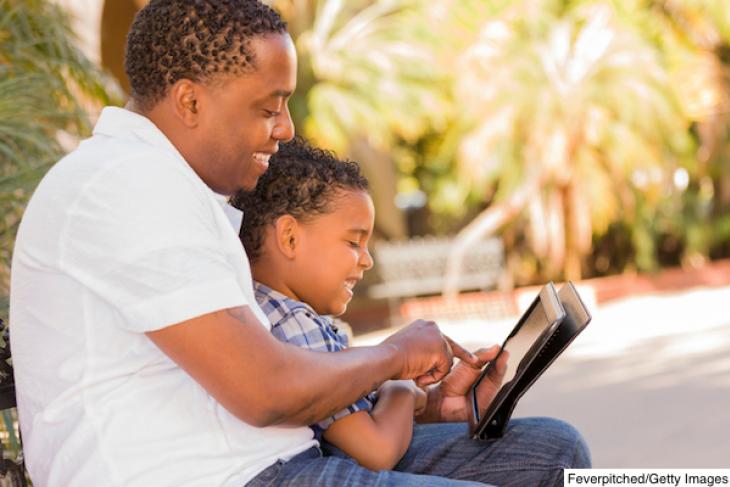 In a series of recent posts, I’ve been examining what we reformers (and our friends in philanthropy) might do to spur better outcomes for kids besides obsessing over laws and regulations. I’ve looked at the promise of building new systems through charters or ESAs, as well as "disruptive innovations" that target students directly. Let me continue in that vein by looking at efforts to go around “the system” and put useful tools directly into the hands of parents and teachers.

Power to the parents

A major theme in education reform has always been the imperative to give real authority to the consumers—and, inevitably, take some of it from the providers. Standards, testing, and accountability have been pitched in part as mechanisms to get objective information to parents (and taxpayers) unfiltered by the spin of local administrators and elected officials. School choice, too, is all about vesting parents with a real say in the education of their children.

What else might be done to empower and inform parents? One of the most impressive creations of the reform era is GreatSchools.org. By providing clear, understandable information that is accessed by somewhere between one-third and one-half of the nation’s parents in any given year, GreatSchools has arguably done more than any other organization to bring sunlight to the education system and nudge parents towards schools of quality—and to choose those schools on the basis of trustworthy, unspun information.

Former TNTP President Tim Daly is taking this approach a big step further via Ed Navigator, his service to provide hands-on, in-person counseling to low-income parents regarding their kids’ education options. He recently set up shop in New Orleans—epicenter of school options—and his experience so far is promising. With a little time and a bit of nudging, it’s become evident that the parents of kids are in mediocre schools are game to consider better options.

This goes beyond conventional gauges of school quality. Over the years, GreatSchools has also built out a suite of offerings under the “GreatKids” banner that help parents do their jobs more effectively. (Check out these videos showing what “grade-level” work really looks like.) Their web pages and videos helping parents understand the results from the new Common Core tests are as good as anything I’ve seen. And CEO Bill Jackson is keen to figure out how to build smart data systems that enable teachers to text parents with timely, specific pieces of advice for helping their kids overcome learning challenges. (Remind is working on that too.)

Turning parents into teachers—or at least into “learning coaches”—is also the goal of Noodle, a company under development by Princeton Review founder John Katzman. His vision is to create a catalogue of robust learning resources available online and make it easier for parents and kids to access them.

America’s tens of millions of parents are an undervalued resource. Finding ways to help them play their roles even a little better could go a long way.

Another promising strategy for reformers, innovators, and philanthropists is to put equip teachers with better resources and information. Here I would distinguish between efforts to sell products into the system (to be tackled in a future post) and work-arounds that target teachers directly. There is a lot of money being raised for start-ups working on new tools for teachers. According to a recent EdSurge report edited by Julie Petersen, eighty-four of these companies have raised almost half a billion dollars in venture capital over the past five years alone.

The “direct to consumer” approach for teachers is appealing because it’s so hard for upstarts to crack most districts’ procurement systems. (Katzman has an idea for fixing that as well.) The fundamental challenge is the fragmented education system; selling materials to fourteen thousand independent school districts and another six thousand charter schools takes a massive sales force. That’s why the incumbent suppliers—textbook companies—have been able to protect their oligopoly even in the age of “disruptive innovation.”

Going around all of that is immensely appealing. If you’re an entrepreneur and have a cheap (or, especially, free) product to sell to teachers, why mess with all the hassles of getting your offering “adopted” by the bureaucracy? Why not sell your stuff straight to teachers?

That’s what Class Dojo and Learnzillion have done. The former is a classroom management program; the latter is a lesson plan bank and professional development provider. Class Dojo is completely free for teachers and parents. (Parents can use its app to see how their children are behaving.) It’s reportedly in use in more than eighty-five thousand schools nationwide and even more around the world. Learnzillion offers a free version to teachers but sells a premium service to districts. At last count, it had one million teachers registered on its site.

One question smart folks raise about Class Dojo and other entities that offer free services to teachers is how they can make money enough to stay alive. (Neither Class Dojo nor Remind has made a nickel so far.) Maybe that’s not a problem if they can raise funding from philanthropy (as Better Lesson has done), but if innovations are to be sustained over the long term and continue getting better, a financial return to investors is important. Learnzillion’s pivot to sell a premium service to districts offers one solution—but then we’re back to dealing with procurement again.

Another key question is whether these services will lead to good instructional practice. As my colleague Robert Pondiscio has argued, it may be a mistake to expect teachers to play the role of “instructional designer” on top of all of their other duties. If this hodgepodge of direct-to-teacher offerings are meant to replace a coherent, school-wide (or district-wide) curriculum, are we sure that’s such a good thing?

Still, if done well, the Class Dojo or Learnzillion model could be adapted to solve countless other problems—especially if philanthropy is game to help. For example, we at Fordham and the Knowledge Matters Campaign are fanatical about getting elementary schools to teach history, geography, science, art, and music in the early grades. Getting schools to adopt a curriculum like Core Knowledge is one way to do that, but system-level change can be hard and arduous; even when you succeed, you need teacher buy-in to ensure effective implementation.

So what if we and like-minded philanthropists worked to target elementary teachers directly? As I've argued before, the English language arts block could be a great opportunity to infuse content-rich instruction. In a blended learning model, some students could watch streaming videos about history or science or other content areas while their teacher is providing small-group reading instruction to other kids. Innovators could build a suite of free video modules on different topics, along with mini-assessments (or “exit tickets”), and launch a digital marketing campaign to let K–3 teachers know about their existence.

You could imagine similar efforts for other curriculum areas, from STEM to coding to financial literacy to civics to sex education.

I’m hardly the first to stumble on the idea of going around the system and providing services directly to kids, parents, or teachers. Edu-preneurs of various stripes have been trying it for decades. The time has come to ask if it’s a strategy that should become more central to the mission of education reform.