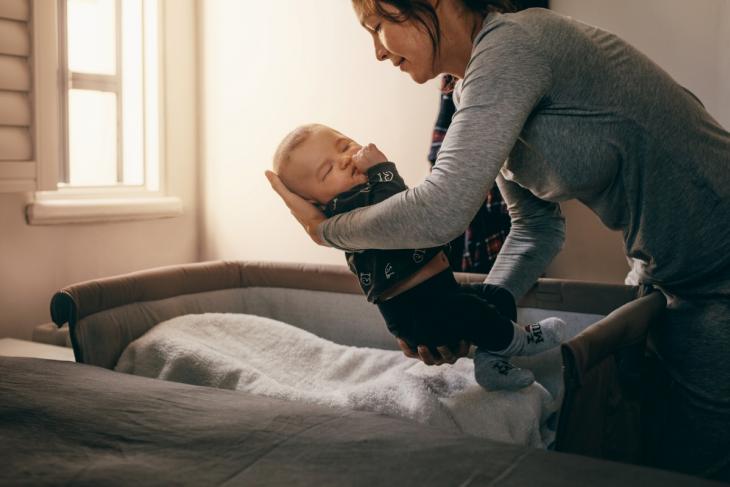 A recent working paper from NBER takes the notion of “early intervention” for educational support for children to nearly its ultimate conclusion—or, perhaps, its ultimate beginning: birth.

Eric Chyn, Samantha Gold, and Justine Hastings, economists from Brown and Dartmouth, examine the impact of additional medical care for babies born at very low birth weights on various educational and other later-life outcomes, including participation in and expenditures on social services. They use three decades of birth records in Rhode Island (1984–2016) covering nearly 410,000 births as the basis for a regression discontinuity design where they examine the lives of babies born just under and just over the birth weight of 1,500 grams, or 3.3 pounds. Children born below this weight are identified as “very low birth weight” (VLBW), and hence, the American Academy of Pediatrics recommends automatically admitting them to the neonatal intensive care unit (NICU), where they receive a range of intensive-care supports from various health professionals.

The final study sample includes more than 2,700 children who weighed between 1,300 and 1,700 grams at birth (2.8 to 3.7 pounds). Chyn and his colleagues look at a dizzying number of outcomes for these children, including their standardized test score performance in grades three through eight, as well as whether they did the following: enrolled in supplemental security income (SSI) for disabled children, enrolled in special education services, repeated a grade, or received a disciplinary offense in high school. They also examined if they were prepared for college, including whether they took Advanced Placement classes and whether they enrolled in a two- or four-year institution. Social service outcomes included whether they received payments from Medicaid, nutrition assistance through the SNAP program, and temporary assistance for needy families (TANF). Researchers also calculated the school-level value added of the schools the children attended to see if they were more likely to attend higher-quality schools.

Analysts find significant large positive impacts for crossing the VLBW threshold for educational outcomes at all levels. Children under the threshold—and thus receiving intensive care—perform 0.34 standard deviations better on test scores relative to those born just above it. For each grade throughout childhood, they find impacts of similar magnitude. They also find significant effects on postsecondary educational enrollment: Crossing the threshold is linked to a 17.1-percentage-point increase (that’s 32 percent) in the likelihood of enrolling in any college by age twenty-two. It is also associated with a thirteen-percentage-point reduction in the likelihood of having a disciplinary offense in high school, which is a 72 percent decrease.

There are insignificant impacts on measures of school quality, suggesting that the positive academic outcomes are not driven by parents selecting much better schools. There are also no impacts on enrollment in SSI, in special education services, or on the college-readiness indicator.

Unfortunately, we know very little about the nature of the treatment received by VLBW babies in the NICU or following release. What exactly generates the significant differences in outcomes between those babies admitted to the NICU and those who were not? We also don’t know much about the circumstances that precipitated such low birth weights for these babies in the first place. Answering those types of queries would obviously be helpful.

In the end, this study shows tangible long-term benefits to early-life health treatment for medically at-risk children. Like so many other studies, it reiterates the importance of effective early-childhood interventions. Let’s not underestimate the importance of serving our most vulnerable infants so that they’ll one day be invincible Kindergartners.