Suing for peace in the culture wars 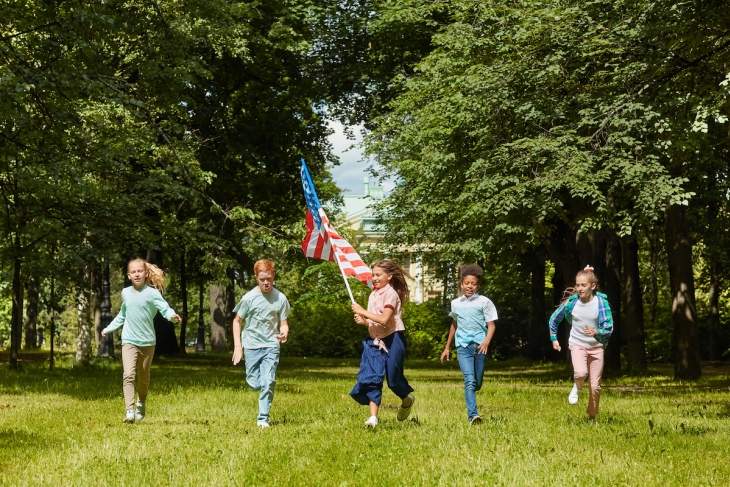 Editor’s note: This is the first article in a two-part series. Part II explores what this means for education.

As is so often the case, The Onion nailed it:

“Media Condemns Biden For Baseless Claim That Nation Will Come Together Once Election Over.”

Such cynicism is understandable after the divisiveness of the past four years. But we should give peace a chance nonetheless, and heed President-Elect Biden’s plain but true words, spoken during his acceptance speech Saturday night: “It’s time to put away the harsh rhetoric, lower the temperature, see each other again, listen to each other again. And to make progress, we have to stop treating our opponents as our enemies. They are not our enemies, they are Americans.”

Indeed. As David Brooks wrote, “the other side is not going away. We have to dispense with the fantasy that after the next miracle election our side will suddenly get everything it wants. We have to live with one another.” Neither Trumpism nor Wokeism won the election. Rather, they fought each other to a draw. Biden took swing states by the barest of margins, the Republicans seem almost certain to keep the Senate with the narrowest of majorities, and the House defied conventional wisdom to become more closely divided between red and blue. Back to Brooks: “The key is loosening the grip the culture war has had on our politics and governance. Let’s fight our moral difference with books, sermons, movies, and marches, not with political coercion.”

How might we actually “loosen the grip” of our protracted culture war? Let me suggest one simple rule: Empathize, don’t demonize.

One of the most painful sentiments I’ve heard expressed in recent days is that 70+ million Americans voted for white supremacy.

That is simply not true.

As Amanda Ripley wrote last week in the Washington Post, most partisans aren’t anything like the caricatures would have you believe. Yes, there are extremists on each side, but they are called that for a reason. Few Democrats are window-smashing socialists; almost no Republicans are hiding Klan robes in their closets. “Both sides are motivated by fear,” Ripley writes. “Some of that fear is based in fact. But a startling amount is based on myth.”

Some of those 70 million Americans voted to protect unborn children from what they view as murder. Many, including Hispanics in South Florida and Texas, voted in opposition to socialism and its history of tyranny, oppression, impoverishment, and famine. Others voted out of fear that another round of Covid-19 shutdowns would shut down their livelihoods. Even on the fraught issue of race, I suspect that there are those—particularly downwardly-mobile, working-class Whites—who voted to give the media, the academy, corporate America, and other parts of the establishment the middle finger. Not because they are racist or bigoted, but because they are tired of being called racist or bigoted for holding views on social issues that were completely acceptable just a few years ago, but that the Woke Police has now declared verboten.

We should listen to their anguish, to the pain they experience as their traditional values come under attack, people who felt seen by Trump and respected again, Americans all.

On the flip side, these Trump supporters also need to empathize with their opponents. They need to understand that when Trump lashed out at Black figures like Colin Kaepernick, many everyday Americans also felt as if they were being lashed by him. That was encapsulated so well by CNN contributor Van Jones’s emotional response to the election results on Saturday, a moment that deservedly went viral.

You spent so much of your life energy just trying to hold it together. And this is a big deal, just for us to be able to get some peace.

I don’t think most Trump supporters wanted to make their fellow Americans feel this way. But they need to understand that their president and some of his superfans had that effect.

Personally, I’ve tried to listen more, empathize more, and demonize less, especially on the issue of race and police brutality. Like so many Americans, I was profoundly angered by the cruelty of George Floyd’s murder. But I also felt a change inside me as I started to understand how afraid so many Black men and women feel when they see the police. What an awful thing to have to experience. How terrible to have to give your Black child “the talk” about how they should respond if stopped by the cops. And that’s even if we understand, as Dave Chappelle said over the weekend, that the cops also feel like there’s a target on their backs.

In this highly polarized era, we all feel like we have targets on our backs. “I know how that feels,” said Chappelle:

Next time I’ll explore how we might apply this advice to the culture wars in education.