Success Academy puts its "School Blueprints" online: How many will follow the lead of our highest achieving charter network? 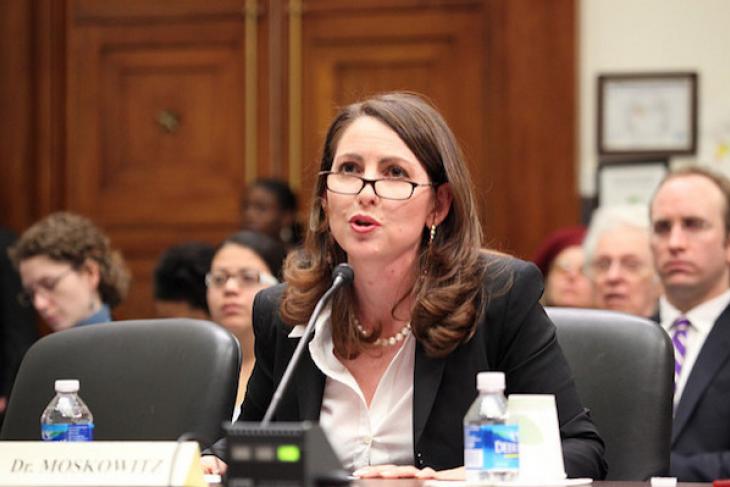 Eva Moskowitz is on a nice little roll. On Friday, the State Supreme Court handed her network of Success Academy charter schools a victory—and $720,000—ruling that New York City overstepped its authority trying to impose its pre-K contract on Success. On Monday, she was in Washington, D.C., to accept the Broad Prize, which goes each year to a charter school operator who demonstrates “outstanding academic outcomes among low-income students and students of color.” Success, with forty-one schools educating 14,000 mostly low-income New York City children, was nominated for the same award last year. The validation from her charter school peers is fortuitous timing for Moskowitz and Success Academy, which today unveils its “Ed Institute,” an online collection of free curriculum, tools, and training resources that are “the foundation of Success Academy’s school design.”

Attention must be paid. Moskowitz remains a deeply polarizing figure in education. But as the Broad honor suggests, whether enthusiastically or begrudgingly, one has to respect what she has brought to the families she serves. Success Academy students continue doing to state tests what Aaron Judge does to baseballs at Yankee Stadium, hitting them high, far, and with authority. The poorest performing Success Academy pushed 90% of students to or above grade level on last year’s state math tests. The network’s ELA results are not at first glance as spectacular (the lowest scoring Success campus had 75% of its students at or above grade level last year in reading), but given the complex nature of language proficiency, which is profoundly impacted by factors outside a school’s control, it is arguably an even greater accomplishment to get low-income kids to levels unmatched even by most affluent suburban schools. Success has a model, and so far at least, they have replicated it without a single obvious outlier. No other charter network of a similar size anywhere in the country can make the same claim.

The centerpiece of Success Academy’s online offering is its K–4 English language arts curriculum. There’s guidance for teachers on how to structure lessons in guided reading, “shared text,” and reading aloud to children, along with lists of recommended books. Even a casual glance shows the depth and richness of what Success Academy kids learn and read. It’s not a Core Knowledge curriculum, but it’s safe to say that E.D. Hirsch, Jr., would feel right at home at any of Success Academy’s elementary schools. Second graders do project based learning units on bridges, the Wampanoag, and the Pilgrims; fourth graders read Greek myths and study the American Revolution. For years, New York City’s “balanced literacy” pedagogy encouraged teachers to base their literacy lessons on books and writing assignments that reflected the lives of students. Success Academy’s version of balanced literacy mostly directs students’ attention out the window, not in the mirror. While many schools chase higher test scores by narrowing the curriculum to reading, math, and not much else, Success does not skimp on art, music, dance, sports, and chess. Kids get science every day.

Given Success Academy’s stellar test results, its literacy curriculum will surely draw immediate and intense attention. That said, what Moskowitz and Co. have put online is not a plug and play curriculum. Books and reading materials are not included. There’s no explicit alignment to Common Core standards, a decision Moskowitz made personally. The Ed Institute site does not offer a “comprehensive” curriculum. Users are encouraged to adopt a strong early elementary phonics program, but none is provided. Although it’s not mentioned on the site, Success has, since its inception ten years ago, relied on the Success For All program for K–1 phonics and fluency lessons. The site debuting this is a work in progress. Middle school and high school modules are promised in the near future.

School leaders looking for lessons in Success Academy’s offering will want to attend not just to the literacy curriculum, but the online “school blueprints.” Some elements of the Moskowitz Way will travel more easily than others. Any school can—and probably should—put all non-academic functions on the plate of an “ops” (operations) team, freeing teachers and school leaders to focus exclusively on student outcomes. On the other hand, the Success playbook places prodigious demands on parents to be deeply engaged in their children’s education. Too many schools view parents as barriers to progress, or as ciphers, not partners. But as a school of choice, Success is simply in a better position to demand and receive a high level of parental involvement.

Success has often been criticized for being secretive and less than eager to share the secrets of its success. It’s a bit of a bum rap. I’ve personally attended multi-day professional development sessions given free of charge by Success and attended by educators from all over the country. Success classrooms are similarly open and accessible to visitors. Teachers and students rarely even look up when strangers enter their classrooms. It’s a constant occurrence.

The promise of charter schools is not merely that they drive school choice, spur competition, or serve as an alternative to “failing” traditional public schools. They’re supposed to use their operational freedom to serve as “laboratories of innovation” for American education at large. When our highest-achieving charter school network offers to let all comers look behind the curtain, we would be wise to sneak a peek.

Editor’s note: A shorter version of this piece ran in the New York Daily News.