Stump speech contest: What members of Congress should say about testing 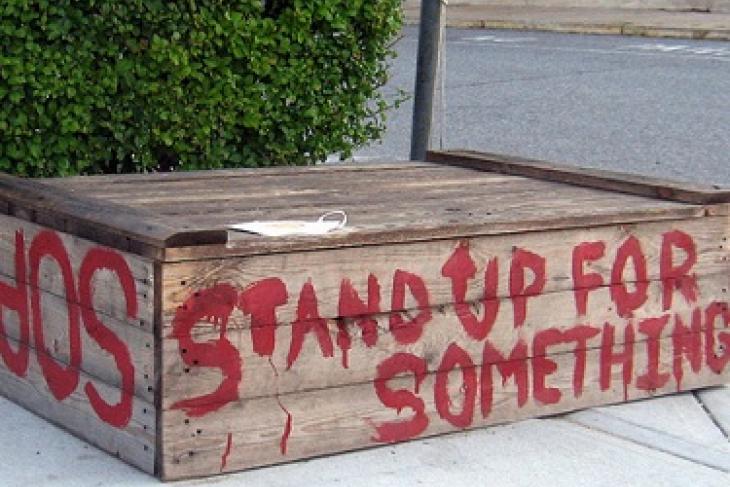 The word around town is that support for annual testing among rank-and-file members of Congress—in both chambers and on both sides of the aisle—is dangerously low. They are constantly hearing complaints from their constituents about the overuse and abuse of standardized tests, and many are eager to do something about it. We policy wonks may see the value in such tests (Brookings has been especially effective in making powerful arguments for keeping them), but parents and the public are fed up.

To be of service, here’s a crack at some “talking points” that members of Congress might use when the testing issue comes up at town hall meetings and the like. I strongly suspect that some of you can do much better. Give it a try! How would YOU explain to your fellow citizens the need for annual testing?

I understand that many of you feel strongly that there’s too much testing in our schools. You can’t throw a rock inside a school without hitting a standardized test; every time your son or daughter turns around, they are taking some test designed by some far away bureaucrat or testing company.

And you’re right. There is too much testing, and it’s taking time away from real learning—from art and music, from social studies and science, from time for play and exploration.

And there’s little doubt that all of this testing is stressing out our kids and our teachers.

Right now, we are debating this issue in Congress. We are holding hearings, collecting facts, gathering information from parents and teachers and students all over the nation. What we learn will influence what we do with the No Child Left Behind Act, which is eight years overdue for an update.

Now, some of you believe that the answer is for the federal government to stop mandating that kids take tests. I think that goes too far. I prefer a “mend it, don’t end it” approach.

I don’t want to end it because tests, as unpleasant as they are, do provide valuable information. I don’t love taking my kids for their annual physicals either—especially when they are due for shots—but I do it because I love them and want to make sure they are healthy and that their development is on track. That’s the same reason we test our kids every year—to make sure that they are academically healthy and that their educational development is on track. Importantly, we also want to know if their schools are healthy and on track.

And I’m pretty sure you value the information that comes from this testing. How many of you have visited the website GreatSchools.org in the past year? Nationally, about half of all parents checked it out. And they went there to see how their schools, as well as schools nearby, were rated. Those ratings come from the tests that we’re talking about today. Take away the tests and those ratings would disappear. We would lose the ability to make apples-to-apples comparisons of schools.

Testing helps us understand which schools are on track and which are falling behind—and not just for kids overall, but also for disadvantaged groups that have often gotten overlooked in the past. As a country, we are making progress closing achievement gaps because those gaps are now visible. We don’t want them to be invisible again, to sweep our problems under the rug.

And by testing annually, we can see—and parents can see—whether children are making progress from one year to the next. That’s the only way to fairly judge schools: not to see where their students are at one moment in time, but whether they are making good progress. That information goes away in the absence of annual testing.

So let’s mend the practice. Neither the federal government nor the states should require a single test that is not necessary, or that doesn’t provide information that’s valuable to parents, educators, and taxpayers. We need to right-size the number of tests we require and ensure that they are of the highest quality. And local districts, like those in our own community, need to do an audit of all of the tests they are using and get the number down to the bare minimum. We all need to acknowledge that we’ve played a role in allowing the number of tests to get out of hand.

The good news is that better tests are on the way. As part of the Common Core State Standards initiative, our state is about to start using a new set of tests that are dramatically better, tougher, and fairer than what we’ve had before. Schools won’t be able to teach to these tests. Drill-and-kill and test prep won’t work. The only way to do well on these tests is to teach students well—and not just basic skills, but a well-rounded curriculum that includes art and music, history and science, geography and literature.

Many of you have made your concerns about testing clear. We are listening to you. We are responding. We are moving past the bad tests of the past two decades. And we are moving toward a future when fewer, fairer, and better tests will pass the test for our children.