Speaking truth to power: Another missed opportunity to address the role schools must play to break the cycle of poverty 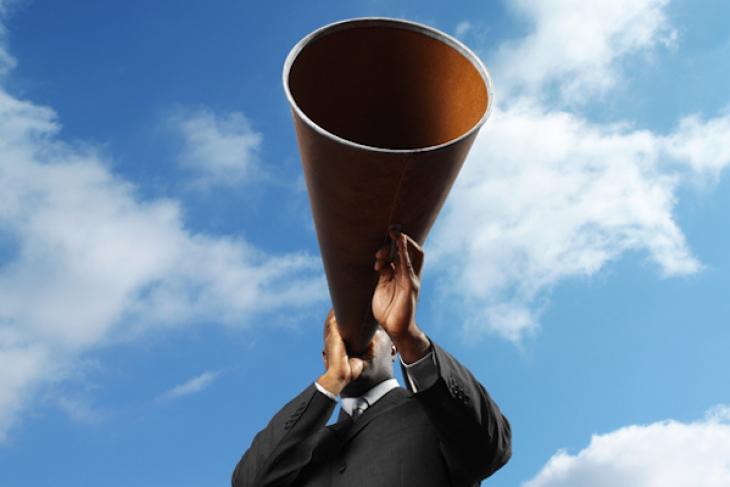 During my one year as the Deputy Director of Postsecondary Success at the Bill & Melinda Gates Foundation, my colleagues and I often talked about the “Gates effect”—the extraordinary influence that the foundation’s goals and grants wield with policymakers, philanthropists, researchers, K–12 practitioners, and virtually every institution that is trying to improve outcomes for kids.

That's why it is important to read “Our Education Efforts Are Evolving,” a transparent and powerful essay by Bill Gates. He shares what he and his wife Melinda have learned since they and the Gates Foundation became involved in education reform in 2000, and delivers a five-pronged plan for the foundation’s future. Gates bemoans the fact that “schools are still falling short on the key metrics of a quality education,” and laments the persistence of the same disparities in achievement and postsecondary success for children of color and low-income students that motivated their action two decades ago.

The niggling question is why progress has been so meager despite the Gates Foundation’s billions of dollars of investment, as well as the enormous time and money spent by other foundations, philanthropists, and local, state, and federal governments—all no doubt influenced by Gates’s strategies to improve educational outcomes for kids.

Undaunted and still impatiently optimistic, however, the Gates Foundation expects to invest close to $1.7 billion in U.S. public education over the next five years. Unfortunately, the vision on which it is based and that Gates illustrates in his essay overlooks the vital role that families play in shaping the academic outcome of America’s children, and what schools might do to help their students form strong families as adults. Indeed, neither “parent” nor “family” are among the essay’s 3,000 words.

This lack of expectation of parent accountability is weird coming from a foundation that’s done so much to usher in the era of school accountability. And it’s simply stunning considering the foundation’s legendary and deserved reputation for expertly using data to inform its policies and find the true causes of the ills it tries to remedy.

Five decades ago, the enduringly relevant Coleman report established the primacy of family structure and stability in driving educational outcomes for children. At the time of that publication, 6 percent of American children were born to unmarried women. Since then, that number has skyrocketed, especially among women and men under the age of twenty-five. (See figure 1.) According to a recent CDC report, 2016 was the tenth consecutive year that 40 percent of American children of all races were born outside of marriage.

Indeed, in the seventeen years the Gates Foundation has been investing in education, more than an estimated fifteen million babies of all races were born nationwide to unmarried women under the age of twenty-five. And, based on 2015 data, almost half of these children were born to unwed mothers with multiple children—an almost certain recipe for poverty, stress, and poor educational outcomes for the single mom and (typically) her children.

This "new normal" of permanent, staggeringly high nonmarital birth rates is a catastrophe for our country. And it’s an overwhelming challenge for those of us who have the responsibility to educate children whose disadvantage begins in utero and multiplies before they step foot into a preschool classroom.

Of course, there are extraordinary single parents whose children defy the gargantuan odds against them and succeed in life. Similarly, the child of low-income couple in stable marriage is not guaranteed a ticket out of poverty.

So there are always exceptions, but the data are clear on the myriad difficulties facing these kids. Children from poor, unstable families led by unmarried young women and men are, for example, more likely to suffer cognitive impairments as infants, to be chronically absent in elementary school, and to have repeated disciplinary issues. And they’re much less likely to attend an effective preschool and read proficiently by third grade.

Consider, too, the work of Dr. Kathy Edin, who has studied low-income couples for decades. Due to a high degree of what she terms “re-partnering,” she’s found that more than half of children born to single parents will see their moms or dads form up to four or more romantic relationships during the child’s first five years of life. Many of these young people lack good education and aren’t ready emotionally, financially, or otherwise to raise a child. And far too many of the young men involved—themselves facing unemployment challenges—seem to be in a state of perpetual adolescence.

Mr. Gates’s failure to mention a strategy for educators to help stop the creation of fragile families is therefore a serious oversight worthy of critique. But it’s also a distressingly common problem in education policy, in which reform leaders like Mr. Gates rarely cite family fragmentation as a central contributor to the poor longitudinal outcomes of the charter sector.

Ironically, these same reformers regularly rise up against whack-a-mole crises like the NAACP’s mystifying opposition to charter schools, or Randi Weingarten’s absurd demonization of school choice, or the latest kerfuffle with celebrity hypocrite Matt Damon. But the reality is that these passing hullabaloos are nothing compared to the damage done by fragile families—a force that ceaselessly trudges forward, perpetuates poverty and achievement gaps, and severely hampers the children’s chances to lead a better life.

My point is not that Mr. Gates and other education reform leaders should present family breakdown as an excuse for the education system’s lack of progress. Far from it. The question is whether schools could be doing something to help their students form strong families as adults—to avoid perpetuating the cycle of fragile families and intergenerational poverty. And the clear answer is “yes.” Educators can teach students the sequence of life choices—education, work, marriage, then children—that is highly correlated with economic and life success, and that would empower students to overcome substantial race- and class-based institutional barriers.

Gates and others have come to embrace the role that social and emotional skills play in helping students achieve success. Others have seen the wisdom in teaching financial literacy. But when it comes to the importance of telling kids the importance of waiting till adulthood and marriage to have children, there is silence.

It does not have to be this way.

We only have to look back twenty years to a moment when the nation’s attention was galvanized with a bipartisan issue that catalyzed a movement that resulted in one of the greatest public health achievements on record.

On January 24, 1995, then President Bill Clinton used his largest platform, the State of the Union address, to issue an unprecedented call to action: "We've got to ask our community leaders and all kinds of organizations to help us stop our most serious social problem: the epidemic of teen pregnancies and births where there is no marriage....Government can only do so much. Tonight, I call on parents and leaders all across this country to join together in a national campaign against teen pregnancy to make a difference. We can do this and we must."

There were certainly prominent voices before 1995 imploring the country to train its eyes on teen pregnancy. But President Clinton’s moral imperative issued on the grandest stage was the tip of the spear. Within weeks, a chorus of bipartisan voices echoed his urgency, catalyzing a two-decades long campaign that has resulted in historically low teen birth rates. Since 1991, the most recent peak, the rate has declined 61 percent and reached a record low in 2016 of 20.3 births per 1,000 women between the ages of fifteen and nineteen.

Despite this progress, the U.S. still has the highest teen birth rate among developed countries, and roughly one in four American teens will get pregnant by age twenty. As figure 1 depicted, the percent of births, often unintended, to unmarried women between the ages of twenty and twenty-four has more than tripled since 1980. As economist Isabel Sawhill has noted in her work to improve opportunities for disadvantaged children in the U.S., “The problem of unintended births has moved up the age scale; a similar consensus [that formed to combat teen pregnancy] could eventually emerge here too.”

For leaders in the education reform movement, if we are serious about achieving equity in opportunity and superior educational outcomes for kids, then our country is in need of another call to action to address the social epidemic of rampant out-of-wedlock births to young women and men under the age of twenty-five.

We must recognize our necessary role in forging the consensus that families matter—and that schools alone cannot overcome the pathologies that develop when children are raised in communities in which fragile families are the norm. Schools can, however, help this generation of children form stronger families in the future.

The part of Mr. Gates’s essay that most reveals his worldview is that “schools are the unit of change in the effort to increase student achievement.”

What about decades of evidence that show families as the more dominant unit of change? Great schools are critical, but Kathy Edin is right when she says that “Moving the needle on mobility from poverty must include the family contexts into which children are born and raised.” So is the conclusion of a bi-partisan working group on poverty and opportunity organized by AEI and the Brookings Institution: “Political leaders, educators, and civic leaders—from both the political left and right—need to be clear and direct about how hard it is to raise children without a committed co-parent.”

Bill Gates might be most influential person in American education. But because his words have the power to sway billions of dollars and institutional ideology, we must respectfully speak truth to power. Neglecting to mention family structure and stability—and, more importantly, omitting any strategy to use schools to strengthen those levers—undermines the very ability of all of us who have committed our lives to improve outcomes for children.

Editor's note: The views expressed herein represent the opinions of the author and not necessarily the Thomas B. Fordham Institute.