Self-discipline: Yet another Catholic school advantage 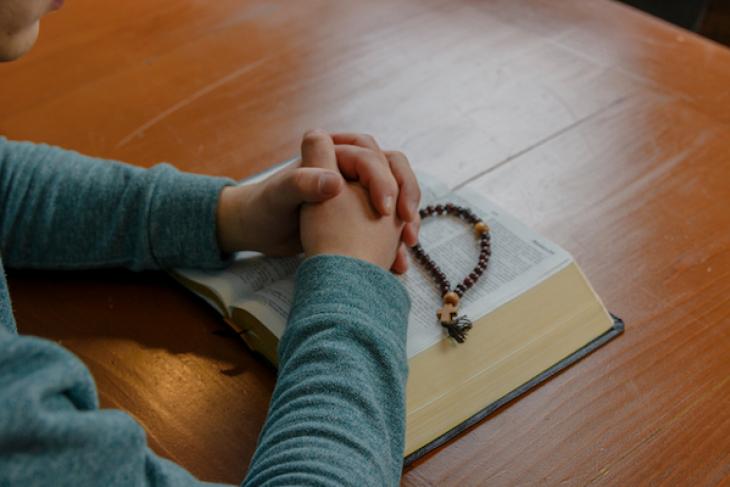 How does self-discipline develop? Certainly it comes in part from institutions of civil society such as home, family, and church. But schools can make a difference too, and over the years Catholic schools—the largest provider of private education in the United States—have been particularly committed to the development of sound character, including the acquisition of self-discipline.

How well has that worked? Given the widespread interest and importance of improving student behavior and reducing the need for harsh forms of external discipline, it would benefit all sectors of the education community to know whether children in Catholic schools actually exhibit more self-discipline than their peers—and if so, what other public and private schools might have to learn from them about how these positive behaviors can be fostered.

To lead the study, we recruited Michael Gottfried, Associate Professor at the University of California-Santa Barbara (UCSB). Dr. Gottfried has conducted several studies of young children’s socio-emotional development, social-behavioral skills, and overall school readiness. Jacob Kirksey, a doctoral student at UCSB, helped to analyze the data and co-wrote the report.

Gottfried and Kirksey analyzed two waves of nationally representative data on elementary school students that were collected as part of the Early Childhood Longitudinal Study, Kindergarten (ECLS-K). The first, ECLS-K: 1999, contains data on a nationally representative cohort of children who entered kindergarten in 1998–99. (Our study includes data from kindergarten, first, third, and fifth grades.) The second, ECLS-K: 2011, contains data on children who entered kindergarten in the 2010–11 school year. (Our study includes data from kindergarten through second grade.)

Each of these cohorts comprises 15,000 to 17,000 kindergarteners who attended public schools and 1,000 to 2,000 who attended non-public schools, of whom close to half (41 percent to 49 percent) attended Catholic schools. For both cohorts, teachers rated the frequency with which children engaged in certain behaviors, thus making possible the authors’ analysis.

First, students in Catholic schools are less likely to act out or be disruptive than those in other private or public schools.

Second, students in Catholic schools exhibit more self-control than those in other private schools or public schools.

Teachers at every grade level reported that students in the first cohort (1998–99) who attended Catholic schools exhibited greater self-control than those in other private schools. Specifically, they were more likely to control their temper, respect others’ property, accept their fellow students’ ideas, and handle peer pressure. Like the difference in “externalizing behavior,” this difference is smallest in kindergarten (0.10 standard deviations), though in this case there is no clear trend between kindergarten and fifth grade.

Third, regardless of demographics, students in Catholic schools exhibit more self-discipline than students in other private schools.

Prior research suggests that Catholic schools do a particularly good job of boosting the achievement of low-income and minority students. Consequently, Gottfried and Kirksey tested for differences in the relationship between Catholic school attendance and externalizing behaviors and/or self-control based on individual characteristics, including race, gender, socioeconomic status, and family immigrant status, as well as initial behavior (as rated by kindergarten teachers).

Interestingly, there were no systematic differences between any of these groups. Students in Catholic schools, regardless of their personal characteristics or backgrounds, exhibit more self-discipline than students in other private or public schools. Thus, there is at least some evidence that attending Catholic school may benefit all sorts of children, at least when it comes to reducing the frequency of externalizing behaviors and fostering greater self-control.

Note that these findings are not causal. Despite the authors’ efforts to construct a plausible control group, there may be unobservable differences between Catholic and other private school students, so their estimates of the “effect” of Catholic school attendance may be biased. Still, the findings suggest three key takeaways.

1. Schools that value and focus on self-discipline will likely do a better job of fostering it in children.

Since Catholic school doctrine emphasizes the development of self-discipline, it seems likely that Catholic schools devote more time and attention to fostering it. And their apparent success in doing so suggests that schools that focus on self-discipline are capable of inculcating, developing, and strengthening it over time—in the same way that other schools might focus on athletic skills to win track meets or football games. If other schools took self-discipline as seriously as Catholic schools do, they would likely have to spend less time, energy, and political capital on penalizing students for negative behaviors.

2. Assuming that these results reflect a “Catholic Schools Effect,” other schools might consider both explicit and implicit methods to replicate it.

In general, we know little about how schools, including Catholic ones, can foster self-discipline. But it seems likely that both direct and indirect methods play some role in Catholic schools’ success—and that at least some of these methods are transferrable to other contexts. For example, an explicit focus on self-discipline might be reflected in a school’s curricula, whether formal or informal. Similarly, a school’s discipline policy could enumerate any number of approaches whereby teachers and students could forestall bad behavior. Alternatively, higher levels of self-discipline may be fostered implicitly—for example, through educators’ daily interactions with students in the classroom or via well-chosen and well-managed extracurricular activities with mentors or other adults who model self-discipline.

With a bit of effort, more non-Catholic schools could adopt such practices and be intentional about their implementation. Indeed, some “no excuses” charter schools are already doing so.

3. Don’t underestimate the power of religion to positively influence a child’s behavior. But in the absence of it, schools can adopt courses or programs that might foster self-discipline.

The most obvious feature that Catholic schools and similar faith-based schools have in common is their focus on religion—including such specifically Judeo-Christian values as humility, obedience, kindness, tolerance, self-sacrifice, and perseverance. It is difficult to pin down how or why these values may influence a child’s behavior when encountered in this context. Perhaps students are more likely to internalize such values when they know they are loved not only by their teachers but by their Creator, or when they perceive that misbehavior may have eternal consequences. Maybe it’s something else entirely. Regardless, one thing is certain: Religion can mold hearts and minds in ways that suspensions, restorative justice, and Positive Behavioral Intervention and Supports (PBIS) can’t begin to match.

That doesn’t mean that such secular approaches—and schools—don’t have their place. Of course they do. And so do character education, ethics classes, and civics, all of which can contribute to the development of self-discipline. School leaders should choose the options that best suit their kids and culture.

That said, these results suggest that Catholic schools in particular are doing something meaningful in the realm of self-discipline. So it’s deeply unfair that the politics of education continue to prevent many parents from accessing them, and it’s a tragedy for the nation that many of these valuable educational institutions continue to close.

To the extent that school choice programs can widen access to great schools—Catholic or otherwise—that boost academic performance and self-discipline, they deserve our eternal support.