In search of common ground on school discipline reform 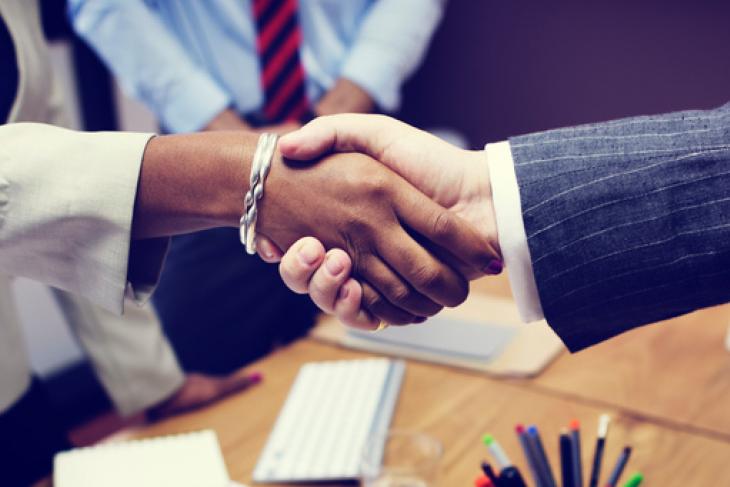 That’s a shame because this is an issue that desperately needs pragmatism and a good-spirited search for common ground. Let me propose how we might find it.

First a little background: In 2014, the Department of Education and Department of Justice published a “dear colleague” letter addressing discipline disparities by race and special education status in public schools. It was lauded by civil rights groups—and bemoaned by conservatives—for applying “disparate impact theory” to the issue of school discipline. In effect, it said that districts could be investigated for violating students’ civil rights if data collected by the Education Department’s Office for Civil Rights showed significant disproportionality—as would happen when, for example, African Americans were suspended by their schools at higher rates than whites. It also stated that districts could be found in violation of civil rights laws even if their discipline policies were race-neutral and applied evenhandedly. As with other Obama-era policy moves, this one never went through the formal regulatory process; rather, it took the form of a very long letter that local education leaders were expected to treat as official enough to guide their actions.

This particular policy change was part of a larger movement led by groups such as the NAACP and the Advancement Project to push schools to dramatically reduce suspensions and other types of “exclusionary discipline.” Dozens of large districts took up the cause of their own volition. Some states got into the action, too, such as by including suspension rates in their ESSA accountability systems as a way to nudge schools to find other approaches. All of this is motivated by national data showing big gaps in suspensions by race, and by the belief that exclusionary discipline can put students into a “school-to-prison pipeline.”

The Trump Administration now faces a decision—namely whether to rescind the 2014 guidance. Many of us conservatives have been urging them to do so, and on Friday I helped to arrange a listening session at the Education Department with some former teachers and parents from the Twin Cities region who came to Washington to share their personal stories about the unintended consequences of school discipline reform. To my surprise, this became big news both nationally and in Minnesota. Upon reflection, I should have known that when I told Politico’s Morning Education about the meeting it would be irresistible to the wider press. And sure enough that one little meeting—where teachers and former teachers spoke and Education Department staffers mostly just listened—has already inflamed passions, both here in Washington and back in the teachers’ hometowns.

That’s the backstory. Now, how can we search for solutions—and maybe lower the temperature?

First, we need to acknowledge the legitimate concerns of partisans on both sides of this debate.

Conservatives need to recognize that when African American and Latino students are suspended or expelled at three to four times the rate of their white peers, it is bound to raise suspicions about discrimination and systemic racism. We cannot ignore the possibility that some of this is caused by bias, implicit or otherwise.

And progressives need to understand that conservatives have a valid point when we worry about schools responding badly to new discipline mandates and becoming unsafe and disorderly. Teachers and students need to feel secure in their classrooms, and all kids deserve an environment that’s conducive to learning.

Where we can find common ground is in the view that suspensions and expulsions should be as rare as possible and that schools need to be as safe as possible. These values may feel like they are competing, but many great schools have found ways to thread this needle.

It starts with creating a culture where students feel safe, respected, and engaged. Everyone is held to high expectations—both in terms of work effort and behavior—but every adult’s goal is to help students meet those expectations almost all the time. In the rare cases when students fall short and act out (or worse), the schools have a clear, fair, and constructive process in place to handle the situation.

That’s what great schools do—and have always done. The problem is that too many schools are not like this. They have weak cultures, lackluster leadership, and low expectations. They respond reactively to misbehavior, and especially violence, and end up suspending or expelling many students. Most such schools—let’s call them “Suspension Factories”—serve high populations of poor and minority children, and thus they account for a big portion of the racial disparities we see in discipline rates nationwide.

How to deal with such dysfunctional schools is the heart of the problem. And here we should recognize that (as in everything else pertaining to dysfunctional schools, including academic achievement) there are no simple answers. Many progressives have concluded that it would help if we held such schools accountable for reducing suspension and expulsion rates. And thus they have supported moves to do exactly that, whether at the federal, state, or local level.

We conservatives, meanwhile, worry about the law of unintended consequences and what Daniel Patrick Moynihan once called “maximum feasible misunderstanding.” We worry that dysfunctional schools will respond to discipline mandates in the most thoughtless ways possible: not by building a stronger school culture or creating more engaging learning environments, but by simply throwing out a tool that has helped them avoid total chaos.

We are not surprised, then, when we hear stories like I (and the education department staffers) heard last week from teachers who were verbally and physically attacked by students and who got no support from higher-ups fearful of violating new discipline mandates. It’s impossible to avoid feeling empathy for such teachers, who are trying to uphold high standards and some degree of adult authority, and who are frustrated by policymakers who did not see such outcomes coming and betrayed by administrators who were cowed by those policies. We also worry about young peers of the disruptive students, who are equally likely to suffer—physically, emotionally, and in terms of lost opportunities for learning and upward mobility.

As Randi Weingarten tweeted last week, perhaps channeling her inner Al Shanker, “Safe and welcoming environments, clear codes that are equitably (not discriminatively) enforced are key—with resources that back it up. Not top-down mandates from superintendents or threats to teachers that if they report or take action they will be disciplined.”

Policymakers can’t wish these realities away.

What’s next? In my view, the 2014 guidance needs to go because, whether intentional or not, it is scaring schools into reducing suspensions even when they haven’t done the hard work of improving their culture or of training their staff on other approaches. This is a recipe for disaster.

At the same time, all of us should embrace the work to help schools—especially the Suspension Factories—get better. Such efforts have a better chance of success if they are motivated by a bottom-up desire for continuous improvement, not a fearful response to top-down mandates.

Meanwhile, the Office for Civil Rights should continue to investigate individual complaints of discrimination and hold districts accountable when they treat students differently because of their race or other protected class.

Those three steps make for an agenda that should garner widespread support—if we can learn to trust one another again.