Well-meaning people can and do quibble over school-choice issues in our line of work. Sometimes the rhetoric becomes calcified and hardline ideological. But in my neighborhood in central Columbus, where a general dislike for “school choice” as a movement resonates, a small education marketplace has quietly sprung up just the same. And it’s all in the name of keeping young families from moving to the ’burbs.

Clintonville evolved in the early twentieth century along new streetcar lines heading north from downtown Columbus, but it has been politically and geographically part of the larger city for decades. Our neighborhood schools belong to the city district, and we have no autonomous government or ward representation on city council. We have what other neighborhoods here have, which is an Area Commission—elected members from various street-bound jurisdictions for whom we vote by paper ballot at the local barber shop or bank every couple of years. Area commissions exist to advise the Columbus City Council on matters pertaining to their neighborhoods but have no power of their own.

Clintonville is a proud collection of the weird and offbeat, and most of us like it that way. It isn’t flashy, but it feels like home.

For the ninth year in a row, the Clintonville Area Commission sponsored an “education fair,” which is designed to show off the schools that students in the area “traditionally” attend. They include traditional district schools, alternative district schools, charters, private schools (both secular and not), and a standalone STEM school accessible by lottery. If you read the article linked above, you’ll notice that the term “school choice” is studiously avoided, as if children in the area have been magically disbursed to these various schools by means of a Sorting Hat. 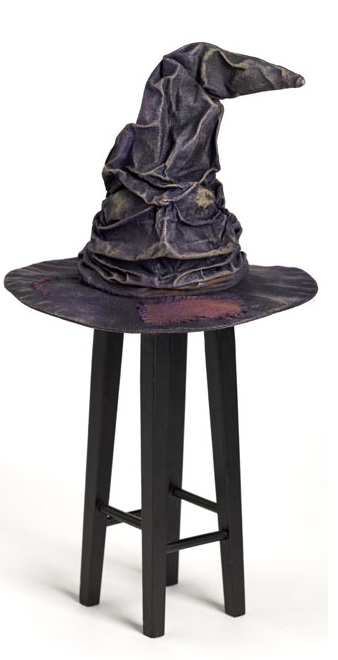 But make no mistake: this is truly a school-choice marketplace in form and intent.

I’ve argued elsewhere that a fully functioning school-choice marketplace requires three components: quality, visibility, and accessibility. Whether they like it or not, the people of Clintonville have put together a good facsimile of all three.

All of the schools featured at the fair are equally visible to parents, whether they are education stalwarts or newcomers or whether they require tuition, luck, or a zip code to access. School representatives, often the principals themselves, staff the booths to answer questions and provide information on programs and opportunities in their school. Parents can obtain application materials, make an appointment to visit, and take home a data sheet listing things like teacher-education levels, test scores, transportation or aftercare availability, and academic ratings. That goes for private schools, too, whose information is generally not available outside the walls of the schools. This is information absolutely necessary for parents to make informed choices.

The schools at the fair are not universally accessible, that’s true. If you don’t live in the assignment zone for Clinton Elementary, which is the highest-rated district school in Columbus, you can’t go there. That’s a shame, but many fair attendees do live in that assignment zone (buying a home or renting an apartment in and around Clintonville is a lot cheaper than any fancy suburb you can name) and can learn at the fair that Clinton Elementary bucks a lot of the negative trends raging through the district. For those schools that have non-zip-code access—alternative schools, lottery schools, charters, and tuition-charging private schools—the school representatives can get prospective students into their enrollment process right then and there. Clintonville’s Catholic school has the lowest tuition of any private K–8 in the city. I know this because I’ve been to that fair a couple of times while seeking options for my children.

At the moment, the school-quality aspect is still in the eye of the beholder. Maybe it always will be. But we are most definitely spoiled for choice compared to many other areas of Columbus: the best district elementary, the least-expensive Catholic school, a high-performing STEM school, a secular private school, and two highly rated alternative schools are all accessible. You might not think like my wife and I, but we have sent our children to three of the schools that have booths at the fair and have seriously considered two others along the way.

Why? Because we love Clintonville—we live in a hundred-year-old home filled with character that is also close to work. We don’t want to go to the ’burbs if we don’t have to, but education would be the first and best reason to leave. As evidenced by the fair, the members of the Clintonville Area Commission have understood the value of school choice for years. And despite the commission’s aversion to “school choice” as a phrase and as an idea, it is fully appreciative of what it takes to keep young families here.