Results: Yes. Regulation: No. How to beat back the new education establishment 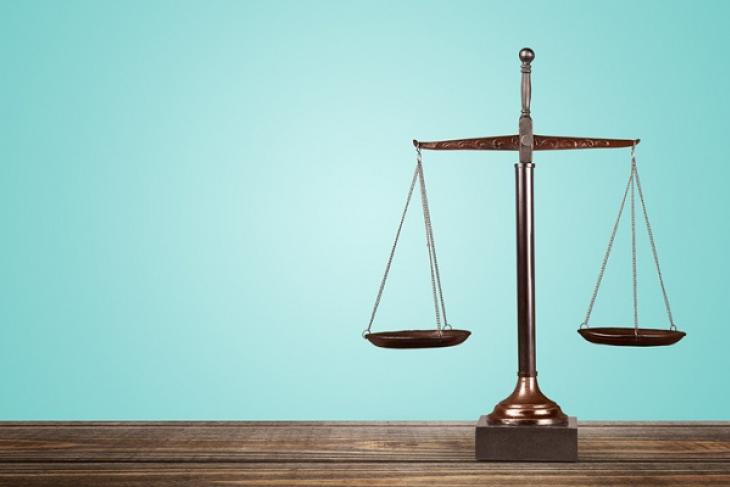 At the National Charter Schools Conference, Betsy DeVos, channelling Rick Hess, warned advocates against becoming “the man…just another breed of bureaucrats—a new education establishment.” In a new book, Charting a New Course, Jeanne Allen, Cara Candal, and I, tie together essays echoing that warning, cautioning against regulatory creep and making the case for a more flexible and parent-driven charter sector.

Here at Fordham’s Flypaper, Checker Finn wrote that the volume was one-third useful and “two thirds of a very dumb mistake.” According to Finn, the book aims to “abolish” results-based accountability, “scrap” authorizer vetting, and charter schooling into a “free-for-all” in which authorizers don’t close schools. This, Finn says, is “idiocy.” Mike Petrilli agreed, saying “to call for basically ZERO screening on the front end, and NO closures on the back end is naïve, if not, well, the i-word.”

It’s unfortunate that my friends at Fordham have resorted to an old straw man fallacy, all too common in political rhetoric (and these days in education reform): “If he says he’s for less (spending/taxation/charter regulation), then he must be against all of it!”

But, fortunately, they have opened the Flypaper forum to let me relate the arguments that the book actually makes.

The charter bargain is “autonomy in exchange for accountability.” Unlike public schools, charter schools are accountable to parents (whose children they must enroll by choice), authorizers (which may choose to shut or not renew charters), and the state (which sets rules and regulations for authorizers). The debate over charter accountability is a question of emphasis among these actors.

The “new education establishment” wants to shift the locus away from parents and authorizers, and to the state, by passing laws that prescribe and circumscribe the work of authorizers. The “new establishment” agenda, put forward most clearly by the National Association of Charter School Authorizers, calls for common authorizer standards (which asks authorizers to “set high standards for approving charter applicants…using objective and verifiable measures of student achievement as the primary measure of school quality”), authorizer evaluation systems (which makes an authorizer’s continued operation contingent on test-scores), and default closures (which require authorizers to shutter schools with low test-scores no matter any other considerations). In practice, there is little evidence, either at a state or district level, that the NACSA agenda boosts student achievement...though in theory it should.

But even if it were to, would the tradeoffs necessarily be worth it?

As Tulane professor Doug Harris says, there hasn’t “been as much actual innovation as maybe the original charter folks hoped…when you have intense test based accountability it really restricts what you can do and to what degree you can innovate because…there are only so many ways to make test scores go up.”

That’s an opportunity cost that charter advocates too readily dismiss.

In the book, Jay P. Greene notes that the evidence base in school choice evaluation studies linking test score increases to positive later-life outcomes is conspicuous by its absence. Choice programs that increase test scores often don’t always improve long term outcomes; choice programs that don’t increase test scores sometimes improve student outcomes. This raises the question of whether we risk over-emphasizing standardized test scores in accountability, which may be having negative consequences in both classrooms and communities. As Robert Pondiscio writes, the typical response to high-stakes standardized tests damages effective English instruction. And as Derrell Bradford argues, the charter sector’s emphasis on CMOs and “proven” providers may have crowded out “leaders of color and neighborhood mom-and-pops,” and perhaps a more open sector could have “headed off the NAACP charter moratorium with which we all must deal.”

None of this suggests that standardized tests ought to be abolished or their results ignored. But it does suggest that authorizers ought to retain autonomy to open and closer charters based on their own human judgment, and should consider being more open to diverse providers and circumspect in closure decisions. And it does suggest that the “establishment” agenda may contain tradeoffs that might not be worth it.

Consider two of its planks:

While Charting a New Course cautions against forcing an authorizer’s hand by statute, it certainly doesn’t call for abolishing the role of authorizers, or saying “the heck with school outcomes.” Rather, it advocates against statute-driven accountability and offers reforms to maintain a balance between authorizers and parents.

On charter openings: The volume excerpts Michael McShane’s “The Paperwork Pileup,” which offers authorizers suggestions for streamlining charter applications. It also calls for states to consider launching “Tiny School” authorizers that mitigate risk while enabling innovation by enabling would-be charter operators to pilot smaller schools on a limited basis to prove their value.

On charter operations: The book contains Benjamin Lindquist’s excellent article on the regulatory burden facing Arkansas charters, which he calls the “Achilles heel” of charter growth. It suggests that states conduct regulatory audits, and recommends that Secretary of Education Betsy DeVos consider including such audits as a criterion for the federal charter school grant.

On charter closures: There is a fundamental information asymmetry between charter authorizers and parents: Parents know things that authorizers don’t, and authorizers know things that parents don’t. While low test scores shouldn’t trigger a default closure, they could trigger a default conversation. If parents have a good reason to love their school despite its low test scores, they should be able to make that case directly to authorizers. Then authorizers can come to a decision informed by parents rather than have their hand forced by the state. (Many authorizers might say “This is already what we’re doing…” To which I’d say “Good, let’s keep it that way!”)

Charter accountability is a question of balance and tradeoffs. Charting a New Course argues against statute-driven reforms that nudge or force an authorizer’s hand, and encourages authorizers to take a lighter touch. But some in the “new education establishment” would prefer to make a question of balance into a binary: You’re either for their version, or you’re “against accountability.” It’s our hope that the book can encourage policymakers and authorizers to think past that, and make their own decisions rather than defaulting to “another breed of bureaucrats.”