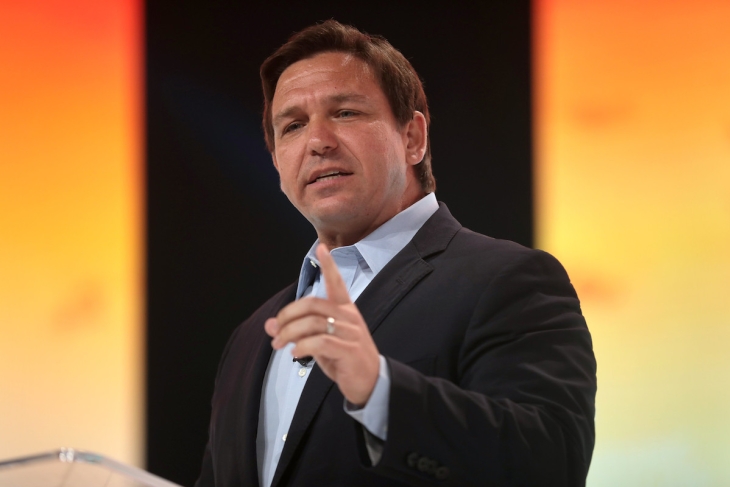 The recent revocation of Disney World’s special tax-and-governance status by Florida GOP legislators is the latest development in the ongoing culture war roiling American education. In March, governor Ron DeSantis signed what has been tendentiously called the “Don’t Say Gay” law by detractors, which prohibits classroom instruction and discussion about sexual orientation and gender identity with children in grades three or younger or—for older students—in a manner that is not “age appropriate or developmentally appropriate.” A frenzy of copycat efforts followed in at least a dozen states.

When Disney—urged by its employees—publicly denounced the education legislation, lawmakers (and DeSantis) went wild, stripping the company of its special dispensation, while handing the governor a fast win on the national stage in anticipation of a potential presidential bid in 2024.

From coast to coast, speech codes, library book extrications, and other forms of censorship are animating Republicans around gender policy, critical race theory, SEL, and a laundry list of related grievances. This comes as public confidence in Democrats with regard to education has significantly eroded, creating a grand political opening for Republicans in the education realm. Add widespread parental discontent over school closures and masking policies, and GOP leaders and candidates are salivating in anticipation of November. Yet missing from all this energy and attention to schools is a concerted focus on durable systemic change. In the case of Republicans, they’re squandering the chance to put parental choice on steroids.

Following last year’s several breakthroughs on the choice front and the acceleration of enrollment losses, Republicans would be better served if they were disciplined about creating and expanding educational options. There’s skyrocketing demand. We know that the marketplace isn’t enough to improve school quality writ large, but a focus on choice is perhaps the best we can do in an environment where standards and assessments are in low regard. At the very least, a laser-like focus on choice would be a productive undertaking while we try to help the results-based accountability engine regain some horsepower. For example, it would be a good idea for state lawmakers to appropriate state funds for charter school startup costs in case the Biden administration succeeds in gutting the federal Charter School Program.

Instead, Republicans seem bent on fighting culture wars, even when they’re at least partly imaginary. In retaliating against Disney, for example, Florida lawmakers made a fuss about protecting K–3 children. But what the law was aimed at wasn’t even being taught in K–3. As observed by attorney-turned-pundit David French, the GOP’s prevailing modus operandi is to create (and pretend to solve) problems that aren’t there:

Again and again, what you see in laws [like "Don’t Say Gay"]...is that in a lot of these jurisdictions [Republicans are] rallying to stop something that isn’t happening. It might be happening in [blue areas like] New Jersey...or in San Francisco...or in a hyper-woke private school.... It absolutely does happen in districts here and there.... But a lot of these red jurisdictions where people are really moving decisively, they are “winning” by banning stuff that doesn’t exist.

When I was a state education official, I often consulted with legislators regarding ideas for new bills. It wasn’t unusual to hear something along the lines of, “One of my constituents is upset because her son’s school [pick your complaint]. That’s why I’m authoring a bill that [pick your solution]” (one that stands out in my memory was a student struggling to read the Declaration of Independence because it was written in cursive). In other words, a problem encountered by less than a handful of people gradually morphs into a statewide solution. The national maelstrom around a single education bill in Florida was ignited two years ago by one school and one teenager in Tallahassee.

If local control is good for anything, it’s allowing local communities to arrive at their own decisions about culturally sensitive topics. To use the term descriptively not pejoratively, woke cities and college towns can go full woke; unwoke hamlets and rural regions can stay conservative. Indeed, that approach still works where it’s allowed to. A recent NPR poll found education’s high-profile culture wars to be just “background noise” to most parents, perhaps because their own school boards are handling them satisfactorily in the eyes of their communities.

To some extent, the GOP’s embrace of government control over speech and morality has been triggered by videos on social media of teachers saying things far outside the boundaries of what the overwhelming majority of Americans would deem acceptable. As Andy Rotherham correctly notes, “There are more than three million public school teachers in the United States. That’s a large number, so even if an incredibly small fraction say stupid stuff for whatever reason on social media, that’s still plenty of content for a Twitter feed”—or, for that matter, provocation for an education bill.

It wasn’t enough for Florida lawmakers to pass a constitutionally questionable piece of legislation into law or to gloat in the wake of Disney’s failed effort to stop them. They wanted a pound of Mouse flesh, too. Republicans apparently see the embrace of censorship in schools as a ticket back to power in Washington. They might be right, yet this cynically provocative approach not only stokes fear and sows discord—it also serves as a huge distraction from the primacy of providing more and better educational alternatives and helping America’s students get back on track.