Reject the soft bigotry of low expectations, don't be a party to it, part 2 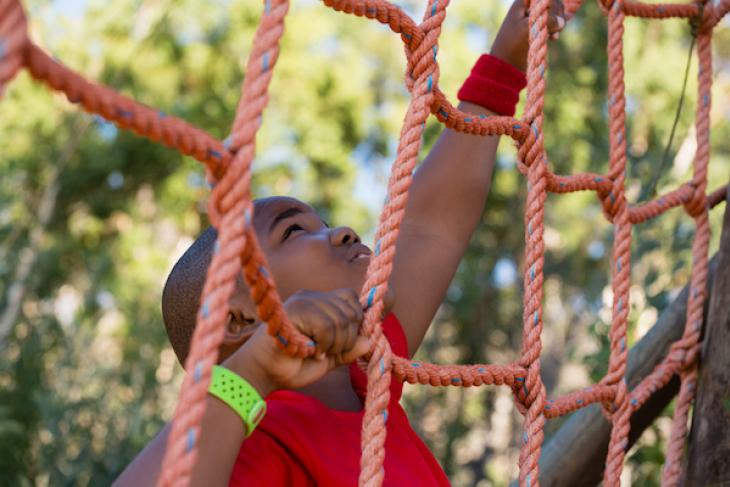 In part 1 of this two-part essay, I argued that if we want to empower our scholars to truly be on the path to college completion, charter school leaders should use the occasion of the sector’s silver anniversary to stop measuring student performance against the worst outcomes of the frayed traditional public school system. It’s a sector that’s long produced dismal district, city, and state test averages and graduation rates.

Consider, for example, my home state of New York, which is regularly guilty of these comparisons based on low expectations:

Indeed, a high school diploma far too rarely correlates with college readiness—especially for low- and middle-income students of all races. In New York City alone, 21,000 college students who have graduated from city high schools pay on average $3,000 each for catch-up courses—totalling a whopping annual “remediation tax” of $63 million.

Across the country, the outcomes of the public education system in the communities we charter leaders serve are so devastatingly poor that they should be rendered useless to us as a basis of comparison. Instead we should adopt measures that actually predict success in higher education.

Despite my issues with how college completion rates are measured, established charter networks that have learned what works by actually producing college graduates can be a guide. Towards this end, Richard Whitmire and The 74 have teamed up to create “The Alumni,” a blog series that covers networks like KIPP, Yes Prep, Uncommon, and Achievement First, and features the interventions that have best prepared students to make it to and through college. The articles enable other school leaders to compare the characteristics of these networks’ alumni who earned degrees to those who didn’t.

One key takeaway is that annual state test scores—a common, government-mandated accountability metric—are wholly unreliable indicators of future college success. To improve likelihood of college completion, schools would be wise to develop students’ character-based strengths and develop not only their knowledge of personal finance, but incentivize actual college savings from an early age.

In College Initiatives Redefined, YES Prep acknowledges that, since its founding in 1998, it “learned that there were many flaws in our thinking that would begin affecting our students’ [college] success if we did not shift our focus.” They once thought, for example, “If our students are academically prepared for college, they will be successful in college”; but later learned that “non-academic skills are often the determining factor in our students’ success.”

This YES Prep realization echoes findings from KIPP, who in 2011 became the first network to bravely publish its longitudinal college completion results, as well as its discovery of critical traits that increased the likelihood of college completion. In 2016, KIPP once again highlighted that their alumni who became college graduates possessed a “powerful set of character strengths, including grit, self-control, social intelligence (including self-advocacy), zest, optimism, and gratitude, that enables students to stick with college even in the face of considerable obstacles.”

To acclimate our scholars early to the challenges of college, Public Prep has created strategic partnerships with higher education institutions like Cornell University, US Naval Academy at Annapolis, and Stephens College in Columbia, Missouri, in which our middle school scholars must travel away from home and take part in immersive, multi-day experiences on a college campus. There, these students—at eleven and twelve years old—have taken week-long classes in physics, leadership development, STEM, and science fiction writing with college professors; slept in dorms; and normalized their self-expectations of college completion—and did all this six years before they enter college.

How to develop these traits of “stick-to-it-iveness” is an area for sector-wide learning. It is heartening to see foundations like Walton supporting efforts such as Character Lab to achieve its mission to advance the science and practice of character development. Hopefully all of us will be able to implement practical classroom strategies to help our scholars develop a growth mindset from the earliest of ages.

KIPP, in its first-ever survey of nearly 3,000 alumni in college, highlighted the financial fragility that many first-generation and low-income college students encounter and fail to overcome. Lack of money and adequate financial planning manifests itself in food insecurity, the inability to pay bills, and ultimately the tragic decision to defer or end enrollment.

At Public Prep, beginning in our PrePrep program for four year-olds and then continuing each year through eighth grade, we match at least $50 for each scholar’s New York State 529 College Savings Account and encourage each family to develop a normal practice of setting aside money for their child’s higher education. Additional matches are made throughout the year to incentivize perfect attendance and other behaviors conducive to long term success. In our College Knowledge program, we also educate our middle school scholars on approximately one hundred of the finest colleges and universities in the country that are either tuition-free (e.g., West Point) or have adopted no-loan financial aid policies (e.g., Princeton or Yale), especially for low-income students. The message: If our scholars get the grades, incredible schools await them with significant financial resources to make college affordable.

Public Prep, like many charter networks, is constantly innovating to help solve the puzzle of college completion. This is why for twenty five years the charter sector as a whole has overcome enormous opposition to provide high-quality options to families. Yet even here in New York City, where CREDO has just found that charter results supersede underperforming district schools, we must acknowledge the former’s real but infrequently admitted advantages over the latter, such as the ability to: (1) hire and fire our own faculty and operate free of union regulations; (2) recruit motivated, self-selected parents who proactively enter lotteries; and (3) refuse to accept transfer students (or “backfill”) into the ever-critical testing grades of three through eight, as some networks do to avoid disruption to classroom culture.

With all these advantages—after twenty five years—the charter sector's student performance results should be far superior to traditional district outcomes, especially as it relates to longitudinal outcomes like college completion rates.

We already know much about what it takes to put our scholars on a path to college completion and to break the cycle of poverty. Indeed, the seminal book Crossing the Finish Line has been described as “the most comprehensive look yet possible at the primary determinants of graduation rates—and what might be done to improve them.” In it, authors William Bowen, Matthew Chingos, and Michael McPherson argue that, beyond content mastery, “qualities of motivation and perseverance—as well as the presence of good study habits and time management skills—tell us a great deal about the chances that a student will complete a college program.”

If K–8 leaders measure our ability to instill in our scholars these character-based strengths—and imbue the growing knowledge around the likely success of sequencing life choices related to education, work, and family formation—then we will truly equip our scholars to best overcome whatever institutional barriers they may face on the way to and through college. We just have to stop patting ourselves on the back for surpassing the low standards of the current system.

I hope we all have the courage to recognize that this is what we are supposed to do.