Reforming ed schools from within 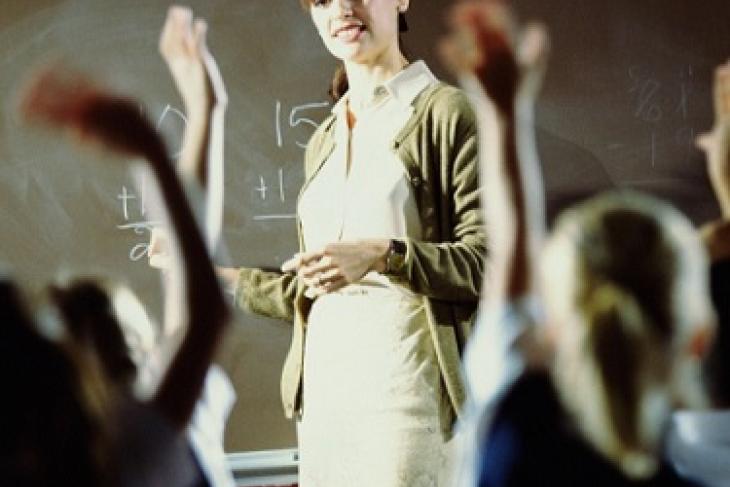 “The problem in American education is not dumb teachers. The problem is dumb teacher training,” University of Virginia cognitive scientist Dan Willingham recently wrote in the New York Times. Indeed, if there’s any part of the education pipeline that’s ripe for retooling, it’s the way we prepare teachers. Complaints are legion, long-standing, and not unique to policy wonks. Teachers themselves routinely bemoan how poorly prepared their training left them for the realities of classroom life. Fewer than half of new teachers described their training as “very good” in a 2012 survey by the American Federation of Teachers, while one in three new teachers reported feeling unprepared on his first day.

Thus, it can only be viewed as a great good thing that two dozen deans of education schools have come together under the banner of “Deans for Impact” and committed themselves to a common set of principles, including data-driven improvement, common outcome measures, empirical validation of teacher preparation methods, and accountability for student learning. They’re also persuading other teacher preparation programs to do the same.

At a Tuesday event at the National Press Club, the group unveiled a new report, “The Science of Learning,” which summarizes existing research from cognitive science and applies it to classroom practice. It’s familiar stuff to those teachers—still far too few—who follow Willingham’s work (along with lead author Paul Bruno, he helped produce the report and spoke at the event) but it’s a refreshing statement aimed at preparation programs that too often fetishize theory, teachers’ dispositions toward learners, or soft pedagogical skills at the expense of subject matter depth.

It’s a good marker to put down. “Too often, people are inclined to go with their gut when it comes to education. The more we can elevate robust and empirical education, the better,” said Benjamin Riley, executive director of Deans for Impact, which launched in January with a $1 million grant from the Charles and Lynn Schusterman Family Foundation.

Schools of education have largely received a pass in our accountability-mad era. Attempts at even modest reform typically bring howls of protest. That reality prompted Robert Pianta, the head of UVA’s education school and one of the Deans for Impact, to write recently that he was “embarrassed that professionals responsible for the preparation of teachers seem to oppose so adamantly efforts to evaluate the competence of the workforce they produce.”

The fact that at least some education school deans seem eager to hold themselves responsible for turning out teachers who can advance student achievement is encouraging. That said, this is not the first time these institutions have tried to raise their game. Nearly thirty years ago, the Holmes Group sought to enhance the standing of education schools within their host universities, burnish their reputation within the field, and create a “true profession of teaching.” At its zenith, nearly one hundred schools were part of the effort to “make the education of teachers intellectually more solid” and create standards of professional entry that would be “professionally relevant and intellectually defensible.” The effort petered out within a decade but those goals remain necessary. And elusive.

There’s already at least one encouraging bit of evidence that Deans for Impact is having an impact on the deans themselves. Two years ago, just 10 percent of the nation’s education schools fully cooperated with the National Council on Teacher Quality’s sometimes-controversial annual assessment of the nation's 2,400 teacher preparation programs. For the upcoming 2016 report, fifteen of the twenty-four Deans for Impact schools are cooperating—with responses “pending” from most of the others, according to NCTQ. Only one, Temple University, is declining to participate. A small thing, perhaps, but it suggests that the deans’ commitment to transparency and accountability might be more than happy talk. As a group, NCTQ confirms, the Deans for Impact schools are participating at an above-average rate.

A thornier question is whether deans can change the habits and beliefs of their own tenured faculties. The old joke holds that science advances one funeral at a time. Perhaps nowhere is that more true than among education school faculties. “When you ask academics to think critically about their curriculum or about their courses…there’s usually is resistance,” acknowledged Greg Anderson, dean of the Temple University College of Education, at Tuesday’s event. He noted that education school faculties believe that they’re doing a good job. “But when you ask them, ‘What is the evidence? What evaluations have you done?’ often there’s silence, which is ironic,” he noted. “We’re academics. We do research. But we don’t often do it in our own institutional context, which is a problem.” In short, while Deans for Impact is a fine idea with laudable goals, a sister organization may also be needed: Professors for Impact.

Riley hopes the research findings catalogued in “The Science of Learning” can lead to a broader discussion at education schools and in the field at large about the role of cognition and how it plays out in classrooms. “We’re very much interested in moving to this next phase to figure out what education prep programs can do to provide meaningful opportunities for future teachers to grapple with these principles,” he says.

“We put the document out, but what makes this different is that we tried to build a bit of coalition around it as well. A broad list of stakeholders on both sides of the political spectrum said this is important. We’re hoping to change the conversation that takes place around teacher prep and signal a movement past sniping—and to solutions and scientific inquiry,” Riley concluded.

Setting a baseline that science—not personal preference or philosophy—should drive effective teaching practice is a good place to start. Here’s wishing these deans well—and hoping they make an impact.

Kate Stringer is a policy intern at the Thomas B Fordham Institute. After graduating with an English degree from the University of Portland in 2014, Kate spent one year as an education reporter in Oregon, covering issues that affected rural school districts. A Pacific Northwest native, Kate enjoys constant rainfall, but is eager to give her raincoat a break while exploring the east coast.