Reform on the horizon 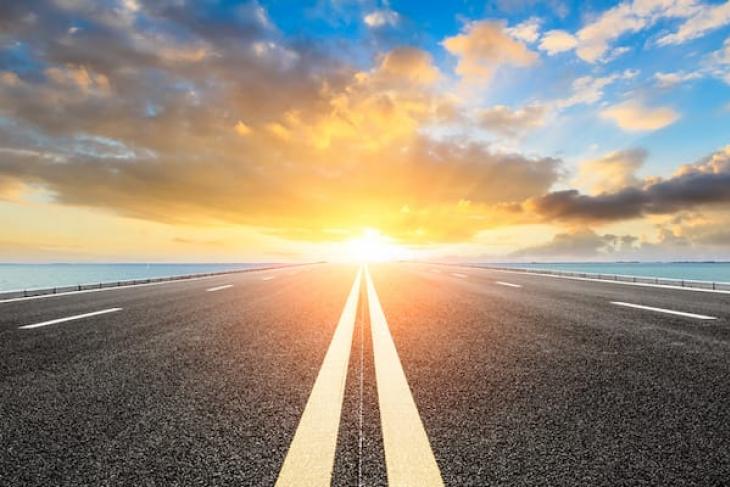 2018 revealed that the education-reform gas tank was empty. This turned out, however, to be not such a big deal because the “movement” didn’t have a destination in mind either. So the travelers pulled over, jumped out of the car, and yelled at one another as the rest of the world passed by.

Surveying the field over the last year, I realized the annual conference circuit, once marked by boundless energy and optimism, seemed depleted. Policy papers and organizational stances, once brimming with inventive ideas, seemed dusty. The heady days of choice innovation, teacher-evaluation reform, and No Child Left Behind were barely recognizable in the rearview mirror.

But none of this is meant as criticism or elegy. It’s just a recognition of the natural life cycle of reform. We’ve simply reached the end of a quarter-century run. It’s time to refresh.

In the late 1980s and early 1990s, movies like “Lean on Me” and “Stand and Deliver” captured society’s fear and frustration about the lack of educational opportunities being presented to America’s underserved kids and the courage of impatient leaders pushing for change. It’s no coincidence that charter schooling, vouchers, and Teach For America launched at that same time or that the standards-and-accountability movement took hold during the same era. Importantly, though these responses were related, they were largely independent efforts incubated and hatched by a variety of state, local, and nonprofit leaders.

But with success comes the impulse to scale. And scale requires centralization. So sharp, energetic reformers gravitated into federal agencies, state-government bureaucracies, foundations, and ever-growing nonprofit headquarters. In time, these entities morphed. They were no longer content to just grow others’ great initiatives; they took to forcibly leading change themselves and conjuring up new ideas of their own. We have to appreciate that NCLB shifted ownership of accountability from states to Washington. Common Core started as an organic state effort and ended up as a uniform set of standards associated with national foundations and inside-the-Beltway actors. The leadership of chartering gravitated away from small start-ups and toward expanding CMO central offices and their big funders. Race to the Top provided, figuratively and literally, a national template for reform.

For sure, some good things resulted from this consolidation of attention and resources. But it also had predictable negative effects: Lots of sharp, energetic people bristle at following an agenda created far away. Centralization poorly accounts for local differentiation—differences that are important to people. Central authorities sometimes make mistakes. Large-scale efforts are hard to unwind, so the consequences of mistakes are widespread and sticky. Centralization can sap local initiative and can imply that the people in elite organizations are superior to the leaders in your community.

So, of course, reform eventually felt resistance over teacher evaluation, Common Core, testing, and more. And of course, many people who once considered themselves part of a unified reform team started splintering off, whether because they had reconsidered their previous views, become disillusioned, or simply got interested in other things. And naturally some of those other things—localism, citizenship, criminal justice, social entrepreneurialism, faith-based institutions, immigration, classical education, online schooling, discipline reform, reforming discipline reform—failed to excite or frustrated erstwhile allies from the old coalition. And so the education-reform cohesion that many appreciated for so many years is no more.

But this is OK. It’s natural. In fact, it’s healthy. Those who want to improve kids’ opportunities are searching in lots of different places for different types of solutions. They aren’t hewing to a single agenda handed down to them; they are using their creativity and independence to chart a new course.

The danger isn’t in this reform diaspora. It’s in the efforts to artificially create and/or force a new national movement, e.g., demands for renewed federal “leadership” or calls to put the old band back together. Scale, if it’s ever a worthwhile strategy, must only come at the end of a long, organic process of idea generation, experimentation, pressure testing, and adaptation. That process is essential because it ensures that the ideas being scaled are robust. It also gives space to individuals and communities to take ownership of reform and determine for themselves what’s best. It also enables a movement to emerge on its own. That means people finding one another, identifying a cause, and developing an esprit de corps. That can’t be contrived or directed.

So at the national level, education reform may seem to be suffering from a combination of ennui and drift. But a single solution for both is already quietly in the works. Individuals are being energized by the power to search for, develop, and hone their own solutions. And, eventually, from this spontaneous process, we’ll see strong, new reforms and coalitions emerge.

No one can be certain what those reforms and coalitions will be. Perhaps they’ll be related to different forms of accountability or different types of school choice; maybe it’ll be new understandings of equity or new ways to animate pluralism. Perhaps the future is career and technical education, or maybe it’s programming for gifted kids, or maybe it’s better K–8 curriculum. Though this uncertainty is probably frustrating for those accustomed to education reform’s old clarity and cohesion, we should not prejudge what the future holds or short-circuit the natural process of today’s communities’ and tomorrow’s leaders’ figuring it out.

Don’t mourn the deterioration of the old order. Celebrate that bright, enthused, and civic-minded citizens are building a new one.

Andy Smarick is the director of civil society, education, and work at the R Street Institute.