Racial bias in gifted and talented placement, and what to do about it 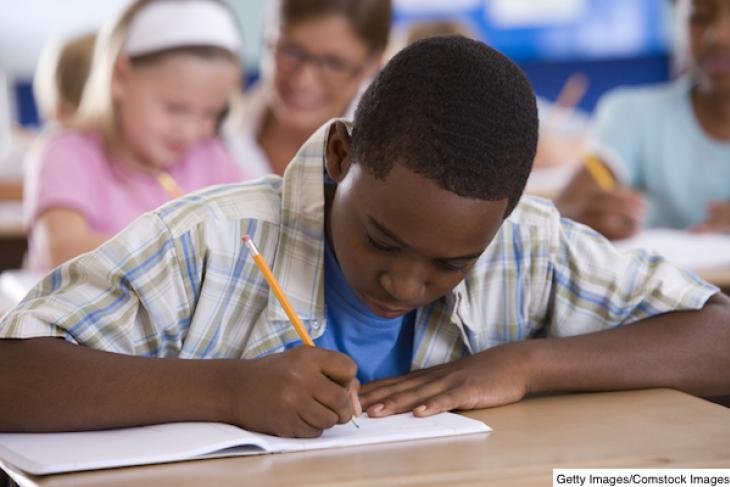 The following text is an excerpt from Aiming Higher Together: Strategizing Better Educational Outcomes for Boys and Young Men of Color, an Urban Institute report authored by Ronald F. Ferguson of Harvard University. The report proposes ways to improve the educational outcomes of boys and men of color by altering conditions in homes, schools, and communities to create “person-environment fits” that better foster achievement. Dr. Ferguson’s strategies for accomplishing this span from birth to adulthood, and concern everything from preschool nurturing to respect outside of the classroom during the school years.

In the report, Dr. Ferguson splits these strategies into three sections, one of which he calls “disproportionality and bias.”

Ferguson defines bias as the absence of neutrality. He distinguishes three types of neutrality: equal application of criteria (for example, the test scores and grades required to qualify for a particular placement is the same for students of different groups); equal quality of options (for example, the quality of instruction is the same in different tracks); and equal quality of access (in this case, the criteria are biased insofar as they do not treat equally qualified people equally). He uses these distinctions to put several issues in perspective, including tracking and gifted and talented placements.

Sociologist Adam Gamoran is an expert on academic tracking and has reviewed the relevant literature. He recognizes that, in theory, students in different academic tracks could be taught equally well. There is nothing inherent in tracking that says lower-skill students have to be taught less well. Nonetheless, evidence indicates that students in lower-level classes learn a bit less when not in classes with higher-skill students. Conversely, students in higher-level classes learn a bit more when not in classes with lower-skill students. Hence, there appears to be bias of the second type, where high and low tracks are not of equal quality. Gamoran writes, “The weight of the evidence indicates that tracking tends to exacerbate inequality with little or no overall contribution to productivity. This occurs because gains for higher achievers are offset by losses for lower achievers.” An important but unanswered question is whether differences in learning outcomes might be due to differences in student behavior.

A recent study of underrepresentation in elementary school gifted programs in a large school district provides another example of bias. A policy change shifted student selection from an ad hoc screening system, in which only certain students were screened, to a universal screening program. Prior to the change, candidates were identified during first and second grades through an informal referral process; teachers could identify students, or parents could nominate their own children. IQ tests were administered for free to those who were nominated, or parents could have the testing done through outside vendors. The baseline minimum IQ score required for assignment to the gifted education program in third grade was 130, with a lowered target of 115 for English language learners and students who qualified for federally subsidized meals. But despite the lower score requirement, the number of English language learners, low-income students, and students of color in the gifted education program remained extremely low.

Once the universal screening policy was in place, the district administered an estimated 1,300 additional IQ tests. Each test took about three hours, and the cost of the process eventually led to its discontinuation. While it operated, however, it identified biases of unequal access in the informal referral process:

A comparison of the newly identified gifted students to those who would have been identified even without screening shows that black and Latino students, free/reduced price lunch participants, English language learners, and girls were all systematically "under?referred" to the gifted program. Newly identified gifted students were more likely to come from schools in poor neighborhoods with relatively few gifted students, leading to a substantial equalization in gifted participation rates across schools….We hypothesize that parents and teachers often fail to recognize the potential of many poor and immigrant children with less than stellar achievement levels, accounting for their likelihood of being under?referred.

Ronald F. Ferguson, Ph.D., has taught at Harvard University since 1983. He is currently an Adjunct Lecturer in Public Policy at Harvard's John F. Kennedy School of Government, where he is also the faculty co-chair and director of the Achievement Gap Initiative. He is also the creator of the Tripod Project for School Improvement and Tripod® Surveys.

Policy Priority:
Personalized Pathways
Topics:
High Achievers
Thank you for signing up!
Please check your email to confirm the subscription.