Public education in the age of coronavirus: We need swift boats, not ocean liners 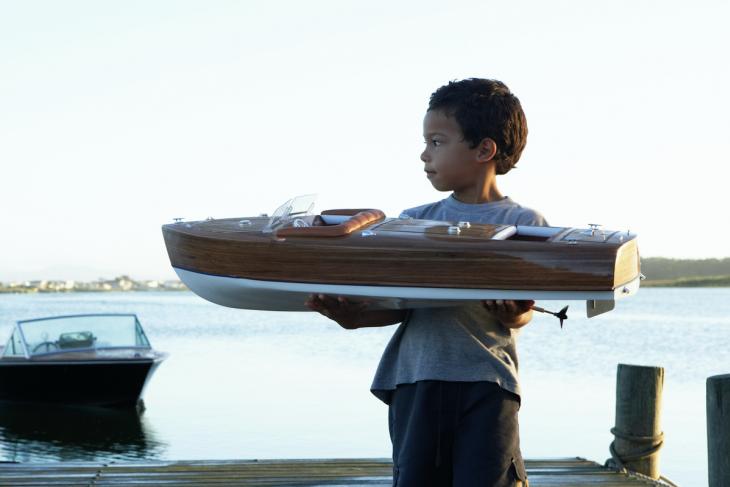 No sooner had Michigan closed its public schools than the state Department of Education announced that no distance learning time would count toward the required 180 days of instruction. When met with a storm of criticism from district and school leaders, parents, students, and the governor, the department blamed state law.

Meanwhile Pennsylvania’s Department of Education encouraged public schools to provide some “continuity of learning” but warned that “schools must work to meet the needs of all students, with particular attention to free appropriate public education (FAPE) for students with disabilities and English as a second language (ESL) services for English Learners (EL).” Spooked, many districts decided they were better off not even trying remote learning.

Seattle Public Schools decided that if it could not assure every student had access to online learning, it would offer it to none. Besides, the superintendent told Time magazine, “There’s just no way a district this large can do that.”

Even in the midst of crisis, bureaucracy reared its ugly head. Many districts have gone to heroic lengths to ensure their students keep learning, but overall, the crisis has illustrated a fundamental truth about public education: our hierarchical, standardized, rule-driven bureaucracies struggle to adapt when things change.

Traditional school districts were created more than a century ago, after all, and they were built to be stable, not adaptable. They control their vast budgets and armies of personnel by nesting them in thousands of rules to prevent abuses. They adopt budgets that hem schools into spending patterns that may have made sense at one time but not anymore—and they make it almost impossible for schools to change how they spend the money.

They negotiate collective bargaining agreements that set hours and duties in stone, making it impossible to make up for lost time by extending school into the summer months, for instance—something probably needed this year.

In a crisis, our bureaucracies are often at their best—waiving rules, soliciting extra efforts from employees, trying their hardest to do what is necessary. Los Angeles Unified School District, the nation’s second largest, quickly promised to buy 150,000 laptops or tablets for every student who doesn’t have one, contracted with Verizon to offer free internet access through new hotspots, used its own television network plus two public broadcasting channels to broadcast school lessons, and handed out 260,000 free meals a day.

Superintendent Austin Beutner asked the state legislature for emergency funding to pay for all this. “We face the largest adaptive challenge for large urban public education systems in a generation,” he said. “Pick your metaphor: This is the moonshot, the Manhattan Project, the Normandy landing, and the Marshall Plan, and the clock is ticking.”

Other districts with entrepreneurial superintendents, such as Miami-Dade County Public Schools and District of Columbia Public Schools, have also turned on a dime, launching distance learning and free meals. Some have even put WiFi hotspots on school buses and parked them in low-income neighborhoods.

But they are the exceptions, not the norm. A survey of eighty-two large districts by the Center on Reinventing Public Education found that, as of March 30, “Most districts are still not providing any instruction. The majority provide links to general online resources but no direction on how to use them.”

And when the crisis is over, that bureaucratic norm will reassert itself. (It already has in Los Angeles, where the teachers union refused to require teachers to work more than four hours a day while school buildings are closed.) The unions will demand extra pay for extra work. Principals whose roofs start leaking will wait months or years for central headquarters to repair them. Centralized school bus systems will dictate school start and end times, regardless of what the children and their parents need.

Personnel rules that give teachers with more seniority more control over where they teach will send the most senior, best paid teachers to the middle-class schools and the rookies to the schools full of poor children—guaranteeing that districts actually spend more on their well-off students than on their low-income students.

It doesn’t have to be this way. In today’s world, where change is the norm, we need flexible, nimble public schools.

That’s one reason public charter schools were invented three decades ago. These schools, operated mostly by nonprofit organizations outside the control of school districts and free of most bureaucratic rules, find it much easier to innovate. In return for this luxury, they are held accountable for their performance—often closed or replaced if their students are not learning enough.

In this crisis, the education media has been full of stories of charter schools shifting rapidly to remote learning. You can read inspiring examples here, here, here, and here.

A few school districts, in Denver and Indianapolis and San Antonio, have embraced chartering as part of district strategy. They have learned that effective information-age organizations are decentralized, mission-driven rather than rule-driven, results-oriented, customer-driven, and competitive. These principles, outlined in a book I wrote with Ted Gaebler, Reinventing Government, capture the essence of why charter schools usually perform better than district-operated schools.

One large urban district embodies all of these principles: New Orleans Public Schools, where every public school is chartered. Central headquarters is small because it doesn’t operate schools. Its job is to steer the system, not to row every boat.

Free of constraining rules and union contracts, the schools quickly pivoted to remote learning. “Traditional districts are like luxury cruise ships: If they want to change direction, it’s going to take a long time,” explains Patrick Dobard, who led the state’s Recovery School District, which spearheaded the transition to an all-charter system. “New Orleans is like a bunch of swift boats: When we need to change directions, we’re able to change nimbly, and quickly.”

The new virus has once again shown us how badly we need swift boats, not ocean liners. It is high time we reinvented our public school systems.

Editor’s note: This essay was first published by the Progressive Policy Institute.

David Osborne is the director of the Reinventing Schools Project at Progressive Policy Institute, and the author of Reinventing America’s Schools: Creating a 21st Century Education System.