Policy change is not the only path to school reform 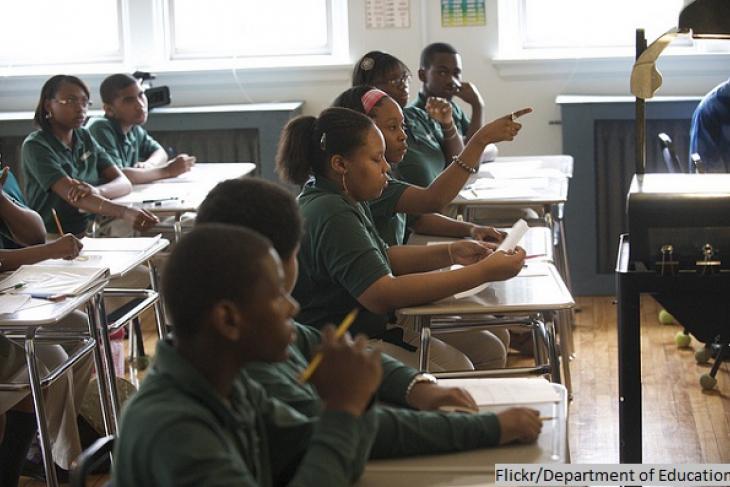 It strikes me, and several others with whom I’ve spoken in recent months, that education reform is at a turning point. It’s not just the new federal law, the Every Student Succeeds Act, which sends key decisions back to the states. It’s bigger than that—a sense of exhaustion with policy as the primary driver of educational change.

To be sure, there are many policy battles still to fight and win in almost every state: to ensure that school and teacher accountability do not disappear, to defend and expand high-quality charter schools and other forms of parental choice, to do something about chronically low-performing schools, to see that high-achieving poor kids don’t go ignored, and much more.

It’s as critical as ever that advocacy organizations like the newly merged 50CAN and StudentsFirst attract the funding and talent to ensure that kid-centered laws and regulations are put in place from sea to shining sea. The teachers’ unions—newly energized after their near-death experience in the Friedrichs case and their victory in Vergara—surely have the money and resolve to push hard in the opposite direction. And when it comes to preserving the status quo and not threatening any adult interests, they have plenty of allies. But policy change alone is not going to get us to the promised land of more effective, productive, and equitable schools.

I’m obviously not the first to reach this realization. As often happens, Rick Hess beat me there by a country mile. In his 2013 National Affairs article, “The Missing Half of School Reform,” he argued,

While public policy can make people do things, it cannot make people do those things well. This is especially salient in education for two reasons. First, state and federal policy makers do not run schools; they merely write laws and regulations telling school districts what principals and teachers ought to do. And second, schooling is a complex, highly personal endeavor, which means that what happens at the individual level—the level of the teacher and the student—is the most crucial factor in separating failure from success. In education, there is often a vast distance between policy and practice.

Getting the right policies enacted and implemented can do a world of good. But for the reasons Rick explains, it can’t do it all. And it’s certainly not the only way—or even the best way—to change practice for the better.

Here are five ideas beyond policy change to reform our schools and encourage effective practice. I’ve listed them in order from the most radical to the least.

1. Build a new system via charter schools, education savings accounts, or similar mechanisms. If the old system is broken, impervious to change, and politically dysfunctional, then focus on replacing it with something different. This is the genius of the twenty-five-year-old charter sector, which (though not perfect) is showing that good schools can be scaled as long as the right mix of policies, funding mechanisms, and civil society structures are in place. Libertarians want to go even further with education savings accounts. Policy change is needed to birth these new systems, but philanthropists, social entrepreneurs, and others can do a whole lot to help them live up to their potential. The potent mix of autonomy, accountability, and parental choice appears to create an environment in which good schools—those constantly searching for ways to improve their practice—can flourish.

2. Spur “disruptive innovations” that target teachers, parents, and/or students directly. Again, if the system is the problem, then go around it. Create and sell (or give away) products and services that target the “end user” (students) or those close to them (teachers and parents) and don’t require the permission of any administrator or bureaucrat. For instance, the College Board is going straight to kids by linking PSAT scores to practice modules on the Khan Academy website. Class Dojo and Learn Zillion are capturing incredible market share among American teachers without messing with district procurement processes. Curriculum providers for homeschoolers know how to target parents, and they may expand their offerings to us parents who “home-school” at night and on the weekends. There’s lots and lots more that might be done here, particularly with the support of philanthropists.

3. Invest in leadership. Maybe the reason that policies haven’t spurred more of their intended change is that our educational leaders—at both the school and district levels—aren’t prepared to respond constructively to the pressures created by standards, testing, and accountability. They came up in a highly regulated, bureaucratized system and developed coping strategies that aren’t well suited to the new challenge of getting results. But if we could find new ways to recruit, select, train, and support our leaders—equipping them with the skills and services they need to succeed—perhaps they could make good use of newfound freedoms and respond effectively to accountability and competitive pressures. The big question is this: Who’s the “we”? Who could bring new models of leadership development to life? There might be a few things that policy makers could do, such as making changes to principal licensure requirements or tweaking the regulations governing leadership preparation programs. But this is mostly an area begging for philanthropic leadership and investment—and perhaps, as with my first suggestion, the creation of an alternative system.

4. Professionalize the education system by identifying evidence-based practices and developing mechanisms for getting them into the schools. Imagine if we had more talented and well-trained leaders, ready to respond to accountability pressures and driven to find practices that work best for kids. Would they know where to look? Most professions have a way of systematically adjudicating the evidence about “what works” in their fields and turn it into clear guidance for practice. (Think about the way medical specialties do this.) Entrants into the profession learn about these practices in their training, demonstrate their knowledge through board exams, and must use effective procedures or else risk losing their licenses. What if philanthropists worked to create similar professional structures for education? Imagine, for example, a new Academy of Elementary School Educators, which teachers and principals could join if they passed a rigorous board exam about evidence-based practices; a regular process to develop and disseminate a volume, Evidence-Based Practices for Elementary Education, that (akin to the What Works Clearinghouse or its “practice guides”) accumulated the best research on all aspects of practice; and a voluntary accreditation or inspectorate system that sent well-trained educators into schools to provide feedback on their fidelity to those evidence-based practices. Might all of this help to move the field rapidly toward better approaches for kids? If, that is, it avoided capture by various political and ideological elements?

5. Develop and sell new products into the education system. While I am drawn to the leadership development and knowledge dissemination strategies outlined above, they are both heavy lifts. To succeed, they require a sea change in the culture of schooling—leaders with very different skills playing very different roles, and teachers willing to look far beyond their classrooms for evidence and ideas about what works. Perhaps a better bet is to take advantage of a well-worn path for educational change: Sell schools services and products that will improve their practices. For example, rather than just pointing to the research evidence on what makes for a strong elementary curriculum, build the curriculum itself, sell it to schools, and in doing so replace poor practice with something that works. Not that this is easy; it means designing a great product that can be implemented effectively by mere mortals, building a sales force to get it into the schools, and overcoming powerful incumbents. But the payoff in terms of change could be enormous.

In the coming weeks, I’m going to expand upon each of these ideas, discuss promising approaches that are already underway, and suggest how more such efforts might be nurtured by philanthropists, policy makers, think tanks, and others. Along the way, I’d love your feedback (and pushback). Reach me at mpetrilli (at) edexcellence.net.