The other Micheal Brown 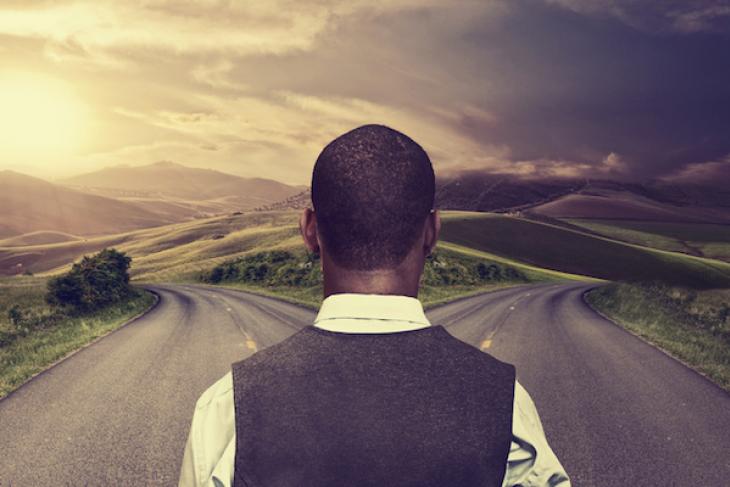 “Have you ever heard of Michael Brown?” I have recently been posing this question to a range of people in various settings: from “woke” friends at intimate dinner parties, to well-informed researchers at education conferences, and to community leaders and elected officials dedicated to social justice.

The non-verbal response has usually been some combination of a pregnant pause, raised eyebrow, or facial expression conveying, “Duh, the answer is painfully obvious!!!”  The spoken replies include “Ferguson,” or “That’s the black kid killed by police,” or “Hands up, don’t shoot, right?”

Yes, of course. The most well known Michael Brown today is the eighteen-year-old, black male robbery suspect who in 2014 was killed by a white police officer in Ferguson, Missouri. Although the official DOJ investigation concluded that the evidence did not support an indictment of the officer, Brown’s death has come to symbolize for many the ultimate exercise of racist state power.

But there is another Micheal Brown, and his is a story of triumph.

In 1993, my Harvard Business School classmates and I often marveled at the caliber of remarkable black men we knew at Harvard’s graduate schools of business, law, politics, and education. Our collective presence at perhaps the world’s finest university was demonstrable evidence of America’s racial progress. Yet we knew that matters of race and race relations beyond (and even within) the Harvard campus were far from resolved.

The nation was still recovering from deadly riots triggered in 1992 by the acquittal of four Los Angeles police officers who mercilessly beat Rodney King while he laid limp on the roadside. Outrage over the original assault captured on amateur video, and the subsequent not guilty verdicts, sparked bitter debate about police brutality towards unarmed black men throughout the country.

The advent of twenty-four-hour cable news networks made it impossible to ignore the seemingly daily stories of despair befalling African American men. A dominant narrative formed, that of young black males as an endangered species destined to suffer from inferior education, suffocating racism, or unjust violence meted out by rogue police officers. In our safe cocoon at Harvard, it seemed that our world inhabited by black men with outsized bright futures was far removed from the lives of these stereotypically imperiled young black men.

A quarter-century later, I have been struck by a melancholic sense of deja vu as our nation has been inundated with incessant stories of unarmed, young black men killed by police—like the Michael Brown of Ferguson.

His life and death is a tragedy that befalls too many young black men. Nationwide, police used fatal force on nineteen unarmed black men in 2017, according to a Washington Post database tracking every fatal shooting in the United States by a police officer in the line of duty since January 1, 2015.

Yet there is a story of a young man with the same name, but for two inverted vowels (note the “ea” instead of “ae”), which is a very different one. This seventeen-year-old Micheal Brown of Houston, Texas, applied to more than twenty colleges and universities, and in 2018 received full scholarships to all of them. If you want to share in a moment of utter joy, watch Micheal’s infectious response to receiving the good news of acceptance to Stanford University:

The tale of Micheal Brown from Houston is mostly one of triumph: His accomplishments are indicative not only of his educational attainment, but also those of countless other black men. Indeed, to many, a surprising more than one million black men are enrolled in college today. But the story is also, in its own way, tragic because the dominant narrative of his Ferguson counterpart keeps this Micheal’s story hidden from view, virtually invisible to those who might benefit from knowing his inspirational achievement.

For more than a generation, this invisibility of black male success has been a casualty of a broader, more widespread media focus and public perception of black male criminality and failure. Some progress has been made debunking the urban myth that there are more black men in prison than in college. Yet could it be that there are many young black men like Micheal Brown of Houston, Texas, on the path to leading prosperous lives in America, but we just don’t know it?

Consider research recently published by AEI and the Institute for Family Studies: “Black Men, Making It in America: The Engines of Economic Success for Black Men in America.” According to the study’s analysis of Census data, 57 percent of black men have made it into the middle class or higher as adults today, up from 38 percent in 1960. And the share of black men who are poor has fallen from 41 percent in 1960 to 18 percent in 2016. The research reveals that a number of factors—education, work, marriage, faith, military service, and a sense of personal agency—are all highly correlated to black male economic success in America.

The study’s authors—W. Bradford Wilcox, Wendy Wang, and Ronald Mincy—emphasize that the uplifting information about black male success is not to diminish the very real challenges that black men face from the criminal justice system, or racism overall. But what is remarkable about the positive factors identified in the report is that they chart identifiable avenues that young black men can take to realize the American Dream today.

Both Michael and Micheal were born black boys. Each of their respective life outcomes is a symbol of a real segment of black male life in America. But their dual—and dueling—realities means that neither their skin color nor their gender is necessarily the primary, or even defining, characteristic that determined their respective fates.

Those of us in the black community who have overcome discrimination must preach what we have practiced for how we have achieved our own levels of professional success—and more importantly share what we are teaching our own children to help them have the greatest likelihood to achieve their chosen path of fulfillment. For many of us, this goes well beyond just having the “Talk” with our black sons about avoiding police brutality.

It also means communicating to our sons that they have power in their individual choices, and that those decisions can shape their destiny despite structural barriers associated with race, class, and poverty. For those of us in education in particular, we need to be explicit about communicating to young black men—and children of all races and genders—the importance of and rewards that come from sequentially completing an education, working full-time, and forging a strong and stable family life (which usually entails marriage before the baby carriage).

Since 2010, I have run a network of public charter schools that now includes an all-boys elementary school in the heart of the South Bronx. Black boys and young people of all races need to know the triumph and tragedy of both Michael and Micheal Brown. But today the lopsided awareness of one tragic story deprives our children of an inspiring living example that can affirm the belief that they can have a chance at being captains of their own lives. As Micheal says, “Dream big, and don’t be afraid.”

It’s time to make the real life story of the other Micheal Brown invisible no more.

For more on these issues, watch the video of a June event hosted by the American Enterprise Institute called “Economic success for black men in America,” which was moderated by AEI’s Robert Doar and featured a panel that included Bradley Hardy, of American University, Michelle Singletary, of the Washington Post, and the author of this essay, Ian Rowe.