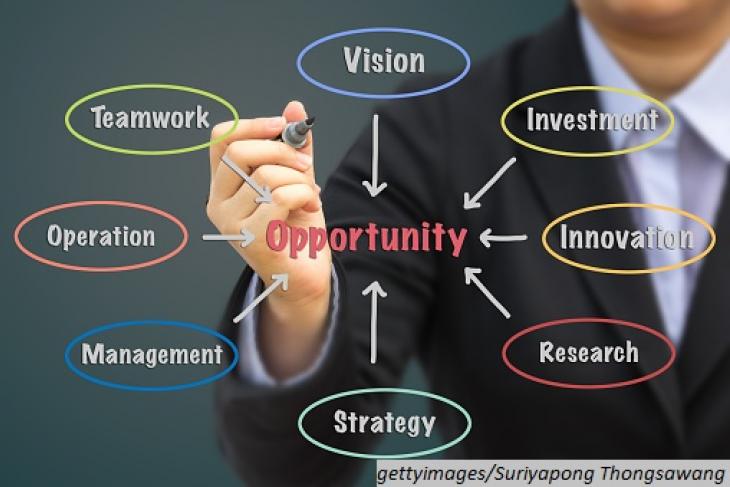 Since the passage of House Bill 2, much attention has been paid to how Ohio’s charter sector can build on policy reforms and improve itself. With the imminent (we hope) arrival of federal Charter Schools Program grant dollars, Ohio has a better opportunity than ever to raise its charter game. There are already several charter networks and schools doing great work, but the Buckeye State still has tens of thousands of students, especially in urban areas, enrolled in low-quality schools. It’s time for Ohio to start recruiting top-notch charter management organizations (CMOs) to increase the number of high-quality seats. But how?

Enter a recent report from the National Alliance for Public Charter Schools (NAPCS) that examines the best way for state and local leaders to recruit high-performing CMOs. The report is based on a 2015 survey conducted by NAPCS and the Foundation for Excellence in Education of over twenty high-performing CMOs. Authors compiled the results and pinpointed the elements that CMOs consider when deciding whether and where to expand.

One of the most useful aspects of the report is its analysis of the three types of charter markets: “emerging,” “risk-reward,” and “mature.” Emerging markets (like Georgia and Las Vegas) are characterized as undeveloped or underdeveloped, partly due to “significant challenges regarding regulatory environment, low per-pupil funding, weak talent ecosystem, or density of high-need students.” Risk-reward markets, including Memphis and Indianapolis, are able to support CMO growth with adequate resources and a “largely acceptable” policy climate; but barriers in areas like governance, autonomy, and personnel management can make expansion risky. Finally, a mature market, such as Washington, D.C. or New Orleans, is one that is large and characterized by “strong resource availability, favorable regulatory environments, and high-potential talent/education ecosystems.”

Placing Ohio and its eligible charter markets in the correct category is complicated (NAPCS provides a few examples of each market but doesn’t place all states and cities in specific markets). Ohio passed its first charter law nearly two decades ago. As of the 2014–15 school year, Ohio had 384 charter schools serving approximately 123,844 students—7 percent of students statewide. According to NAPCS, Dayton and Cleveland are among the ten districts in the nation with the highest percentage of their districts’ students attending public charter schools. Ohio’s long history with charter schools, as well as the overall size of its sector, suggests that the state is a “mature market.”

But there are problems and complications in Ohio’s sector that indicate its charter markets are far from mature. For starters, Ohio doesn’t offer equitable per-pupil funding: The most recent budget increased the state’s allocation for charter students to $5,900 in Fiscal Year (FY) 16 and $6,000 in FY 17. Those are in line with increases to traditional public schools, but charters as a whole still receive 22 percent less funding than their district counterparts. The numbers are even worse in Cleveland, where charters receive 46 percent less funding than district schools, and Dayton, where charters receive 40 percent less. (It’s both ironic and worrisome that these are two of the districts that have the highest percentages of charter students in the nation.) These disparities can be explained by the fact that Ohio charters don’t receive local funds (except for a handful of high-performers in Cleveland), and state funding doesn’t fully compensate for the absence of local dollars. Facilities funding exists, but it isn’t much—the budget provides only $150 in per-pupil facilities funding for FY 16 and $200 for FY 17. Last year’s budget created a competitive grant for charter schools to access facilities funds, but it’s still unclear how many networks will benefit or whether any out-of-state networks will be able to tap in.

Thanks to House Bill 2, Ohio charter law has vastly improved—particularly as it relates to holding schools and their authorizers accountable—but charter politics remain controversial at best and nasty at worst. Thus, Ohio is probably best labeled an emerging market: The sector may have hundreds of schools and thousands of students, but its inequitable per-pupil funding, challenging regulatory environment, and charged political atmosphere make it underdeveloped in multiple ways.

Despite these drawbacks, there are strategies that Ohio could adopt to make itself more attractive to high-performing CMOs. One action lawmakers could take would be to make per-pupil funding more equitable. Although having all public funds follow children to the schools of their choice makes the most sense, it is also the most politically difficult. Legislators could also raise the per-pupil amount of charters’ operational funding or increase the amount of facilities funding.

Fortunately, these ideas aren’t prerequisites for attracting high-performing networks; recruiting and improving can be done simultaneously. Since state law requires that charters be located in “challenged” districts, Ohio would benefit immensely from recruiting CMOs whose mission is to serve low-performing, low-income kids in urban areas. CMOs that specialize in high school present another good option, since high school performance data in Ohio is troubling, and there are far too few charters for older students (though there are a few excellent ones). Finally, CMOs that operate with innovative models not yet widely used in the state—like those specializing in blended learning—could increase the overall number of high quality seats and fulfill an unmet need.

Ohio’s charter sector is in a unique place and poised for change, though there is still much to be done. HB 2 must be implemented faithfully, sponsor evaluations must be conducted fairly, and funding and talent pipelines have to improve. But Ohio has a massive opportunity to improve the academic outcomes of its most disadvantaged students. By effectively recruiting high-quality CMOs, the Buckeye State can supercharge its efforts to improve the sector—and do right by the thousands of kids waiting for an excellent education.