An open letter to Checker Finn and Mike Petrilli 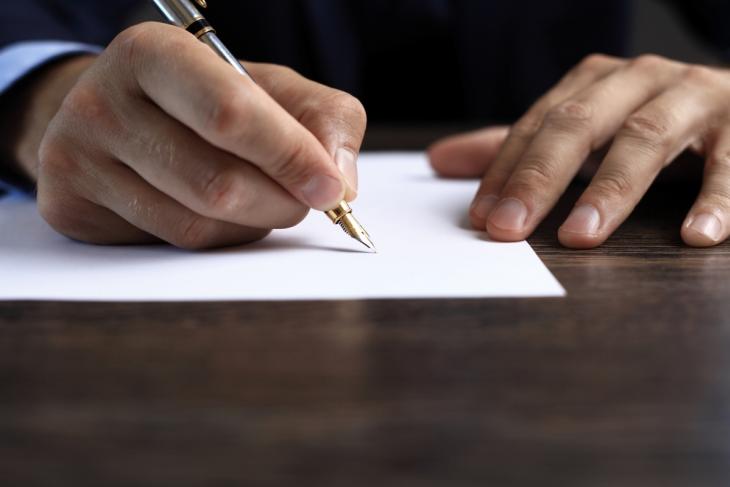 In a recent article in The Bulwark, promoting your new book, you call for values-infused, character-building education that prepares Americans for citizenship and a life of dignity. In framing the need for education reform’s renewal, however, you belittle the focus on “social justice, racial disparities, the school-to-prison pipeline” as “shibboleths of the contemporary Left.”

I applaud your new, emphatic embrace of richer definitions of student and school success. It is especially important for political conservatives to articulate the noble and not merely utilitarian role of public education in a democratic republic and to point out that choice is necessary but inadequate to meet the mission. Many of the ideas you are currently advocating deserve broad, bipartisan support—and certainly appeal to me. Compartmentalizing racial equity and social justice as someone else’s political agenda, however, undermines the moral standing of your argument.

Why? Because race matters. As Stanford economist Rick Hanushek put it, “the modest improvements in achievement gaps since 1965 can only be called a national embarrassment.” Students of color get less of every resource we know matters in education, including money, effective teachers, advanced coursework, and the benefit of ambitious expectations. Black students are only half as likely as white students to be identified for gifted programs when they have the same test scores. Schools in three of the five largest districts in the country have more police officers than counselors. All of this is related to massively disparate outcomes later in life: black boys who grow up in rich families are more likely to end up poor than to remain rich, the opposite of what happens to white youngsters from similar circumstances.

You call for schools to prepare Americans for “informed citizenship,” but this requires substantive learning about our shared history, including governmental policies and cultural traditions that generate the starkly racialized opportunities and outcomes in virtually every facet of American life. Does every American need to know about redlining? Should they all read Letter from a Birmingham Jail? And if the answer is yes, what should they take from it? Insisting on the discipline of paying attention to racialized opportunities and outcomes—the legacy of slavery, Jim Crow, and mass incarceration—should be a shared priority in educating Americans.

It’s especially odd to deny the primacy of these concerns while at the same time decrying “the harm done by political leaders who lack character…and by a citizenry that too often doesn’t seem to care all that much or perhaps can’t tell the difference.” The shallow, incomplete treatment of race and racism in American education means our citizens don’t know as much as they should about their own history, which enables political leaders of poor character to prey on racial divisions; current political discourse is rife with prominent, painful examples.

In making the case for putting character and civic preparation at the heart of education, you argue for education that “confers dignity…upon every youngster”; later, you argue education should focus on “bestowing dignity.” It’s jarring language because most people, and surely most conservatives, believe the dignity of a human being isn’t “conferred” or “bestowed” by school or any other institution; human dignity emanates from something more profound, the divine. At the same time, I hope you acknowledge that education surely can take away one’s dignity, as it has done and continues to do to so many young people of color whose brilliance and potential for greatness isn’t seen or cultivated in the schools we, the people, have provided for them.

I implore you and other conservatives to engage constructively on racial disparities in educational and life outcomes for young people, and I welcome the opportunity for dialogue on these issues. As white Americans, we have a solemn, shared responsibility to address the racial dimensions of educational opportunity and outcomes—past and present. I am not suggesting shying away from legitimate issues or contentious debates, of which there are many, but casting these issues as partisan shibboleths is incompatible with the focus on dignity and respect that is central to your argument.

I, like you, love America and believe all students should learn to deeply appreciate its role as a beacon of liberty and justice for all. I also acknowledge that the “for all” part needs a lot of work—by all of us. There was a time, not very long ago, when addressing racial disparities was a unifying feature of education reform, and it should be again because it’s essential to our shared goal of centering American education on character, virtues, and morality. I would look forward to discussing these issues with you at any time.