An Obama-era regulation is likely to establish unconstitutional racial quotas 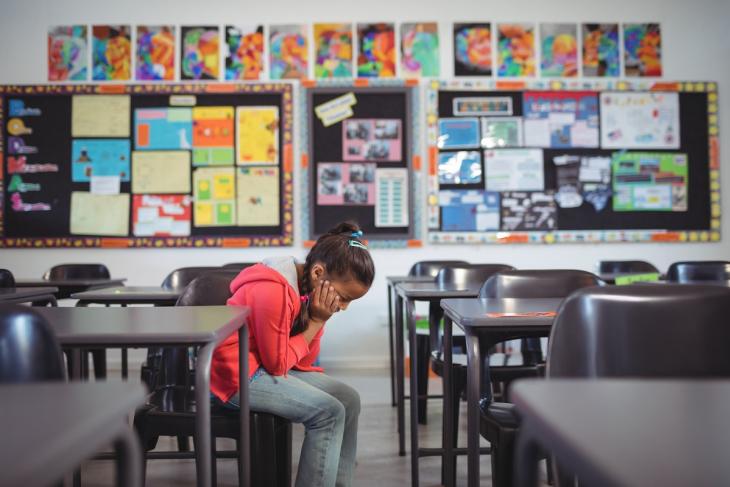 The Fordham Institute’s recent survey of teachers has brought the issue of discipline reform back to the forefront. But even as teachers say that discipline policies are leading to unsafe educational environments, a new federal rule threatens to further exacerbate the issue.

In the final month of the Obama Administration, the Department of Education (ED) created a new rule regarding minority students with disabilities in the United States that puts districts in a lose-lose situation. To address “significant disproportionality” in the rates of identification of disabilities and discipline policies for these students, ED required states to establish risk ratio thresholds (RRTs), a number above which a district would be found to have significant disproportionality. RRTs compare the rate of identification or discipline for minority students with disabilities with the rates for the rest of the disabled population. An RRT of 4 for suspensions, for example, would mean that disabled students in a particular racial group were four times as likely as students in all other groups of disabled students to be suspended. An RTT of 4 for identification would mean that students from a particular minority group are four times as likely to be identified as having a disability relative to other students. The consequence for a district deemed disproportionate is a loss of some federal education dollars. Under the Trump Administration, ED attempted to delay this rule to allow time to properly consider the concerns that the underlying regulation could set up an unconstitutional system of racial quotas.

The Education Department’s attempt to delay the regulation was borne out of concerns that the rule itself was unconstitutional. This is because racial quotas are unconstitutional. Thus, to the extent that the IDEA regulation creates a de facto racial quota system, it would be unconstitutional. Such quotas force exactly what the law requires them to prevent: either over-identification of one racial group or under-identification of another. Quotas rest on the assumption that differences in disciplinary outcomes for certain groups of students are based largely on racism on the part of school officials rather than recognizing the possibility that real differences in behavior may exist. The fear by many critics of the underlying “significant disproportionality” regulation is that by requiring states to establish RRTs to set specific numerical thresholds, they will incentivize those states to adopt de facto racial quota systems, as schools will need to stay under the RRT number or those states will risk losing federal education funding.

ED’s efforts to delay the underlying and likely unconstitutional IDEA regulation was challenged in federal court and struck down. An appeal is now pending. Unfortunately for school districts, students, and families, the agency has begun enforcing the underlying rule while the litigation moves forward. In light of this, the Wisconsin Institute for Law & Liberty (WILL), where we both work, set out to review the likelihood that the imposition of this regulation and the required RRTs would establish de facto racial discipline quotas.

Where racial quotas have been implemented, classroom chaos tends to follow. In Minneapolis, conditions got so bad for teachers after the implementation of quotas that teachers threatened to strike over safety concerns. In Harrisburg, Pennsylvania, at least forty-five teachers have left the profession due to concerns about safety since the implementation of softer discipline policies.

Recent research by the Wisconsin Institute for Law & Liberty confirms this fear. WILL’s study looked at data from the ten largest districts in every state to analyze the impact of various RRTs on the number of students with disabilities that faced disciplinary action in their school. We did not examine issues related to identification, as we were unable to locate useable data on this aspect in time (though this would be an interesting subject for further research). We found that even at a very lenient RRT level of 4, a majority of states will see some districts being declared “significantly disproportionate.” As RRTs become more stringent, the number of districts that are roped in will necessarily increase, with forty-nine states being impacted at an RRT level of 2.

Quota systems can have a profound, negative impact on the classroom. If a record of student misbehavior is not created, students may not get access to the resources they need to improve their academic performance. Such help is particularly important for children with disabilities. In this era of teacher shortages, quota systems can harm teacher morale because educators feel unsupported when problem students remain in the classroom with no penalty for misbehavior. This disruptive environment can have negative consequences for the ability of their peers to learn.

The appeal for the “delay regulation” is ongoing, and may result in the reinstatement of the delay. The Department of Education could also always repeal the underlying rule itself and go back to the drawing board to implement their policy goals. But in the meantime, while this harmful IDEA regulation is being enforced, policymakers at the state-level should mitigate its effects by adopting RRTs of 5 or higher to limit any de facto quotas.

Lucas Vebber is the Deputy Counsel of the Wisconsin Institute for Law & Liberty.

William D. Flanders, Ph.D. is the Research Director of the Wisconsin Institute for Law & Liberty.