Nervous about the "A" word 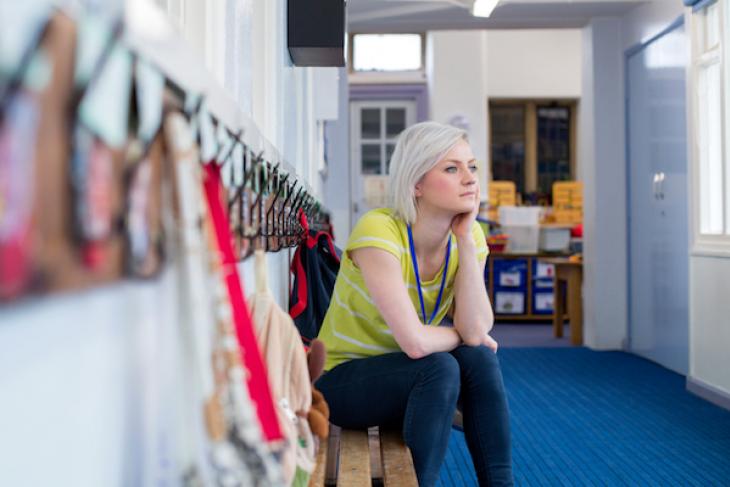 Within the reform community, a tension that has been brewing under the surface for years is now playing out in full view. It pits those who believe that parent empowerment (i.e., the power to vote with one’s feet) equals accountability versus those who subscribe to the “grand bargain” of accountability for results. Those in the first group are generally aligned with the current administration’s tack, while the latter have argued that a refortification is in order. The choice isn’t binary, of course, but these two camps are illustrative of the larger disagreements at play.

I attended a workshop a couple of months ago that endeavored to bridge the divide. Hosted by EdChoice, the event brought together a diverse group of stakeholders, including researchers, policymakers, practitioners, and philanthropy. There were folks in attendance who were fans of the Bush-Obama era, as well as those who felt the reforms implemented under their tenure were a detriment to students and the system writ large.

Participants wrestled with a number of key questions, such as: What is the purpose of an accountability system, and who should be held responsible for owning and operationalizing it? Though most folks felt that recent history has been too top-down in this regard, finding the sweet spot between local autonomy and technocratic overreach proved elusive—at least for the limited amount of time we had together as a group.

Complicating matters further is that the A-word has become a dirty one now synonymous with standardized testing. Certainly accountability means so much more, but it’s reasonable to argue that the well has been poisoned at this point. “Transparency” and “responsibility” came up as potential alternatives, though how to measure either would also require extended discussion.

There’s also a debate about what test scores tell us about school performance. To be candid, my thinking on the subject has evolved over the years. I still believe in the relationship between short- and long-term outcomes, but I’m more open-minded now to schools that deliver positive life outcomes without the stellar test scores to match. As the father of a young daughter, I’m also more appreciative of the intangible elements that make school and learning special, but may not lend themselves easily to hard measurement.

That said, I see no reason to ditch test-based accountability anytime soon. As a self-professed accountability hawk, I still firmly believe that the problem with standardized testing is less about the complaints (e.g., they’re biased against some students or too easily gamed) and more about the lack of outrage at the number of schools—especially those serving low-income communities—that are not teaching the basic reading and math skills necessary to pass them.

Still, there seems to be a lot more questions than answers on the issue. It’s all enough to make an honest policy wonk nervous (our dinner venue for the evening was an apt one) that even if we were able to build the ideal accountability system, we’d still have Gus the Truck (i.e., there’s a ceiling to what it can accomplish on its own). But this doesn’t mean abandoning accountability. Instead, we need an evolution that moves us toward a focus on improving long-term outcomes and ensures that educators have a seat at the table because they’re the ones who wrestle with the implications of these systems on a daily basis.

With the Every Student Succeeds Act, some states are beginning down this road by weaving college and career readiness or world languages into their accountability systems. Most of these indicators are focused on high schools, though I’d like to eventually see more in the early grades. For sure, there will be questions to be answered (e.g., What’s age appropriate when it comes to career readiness at the elementary level? How do we deal with exposing kids early on, but recognizing that it will be years before we see whether the effort was successful?), but my hope is that states will see these as new opportunities to be innovative.

Encouraging students to grow up to form strong, intact families is another example of keeping long-term outcomes in mind (and not one without controversy). A few months ago, the study released by Raj Chetty et al. created quite the buzz by shining a light on what many of us instinctually already knew about the punishing reach of racism. Buried in the data—behind the shiny New York Times infographics—was a fascinating finding about the power of a father’s presence: Black boys do especially well in neighborhoods with a large fraction of fathers at home. What implications might this finding have for schools and for accountability systems?

Students spend way more time at home than they do in school, and the likelihood of this imbalance changing anytime soon are slim to none. The perennial question is how to maximize the time schools do have to effectively mitigate against some of these larger intractable issues. Try this one on for size: Should educators teach the success sequence, and should accountability systems be employed to nudge schools to do so? Now there’s an idea that’s sure to make some people nervous.