The NAACP model charter law isn't much of a model 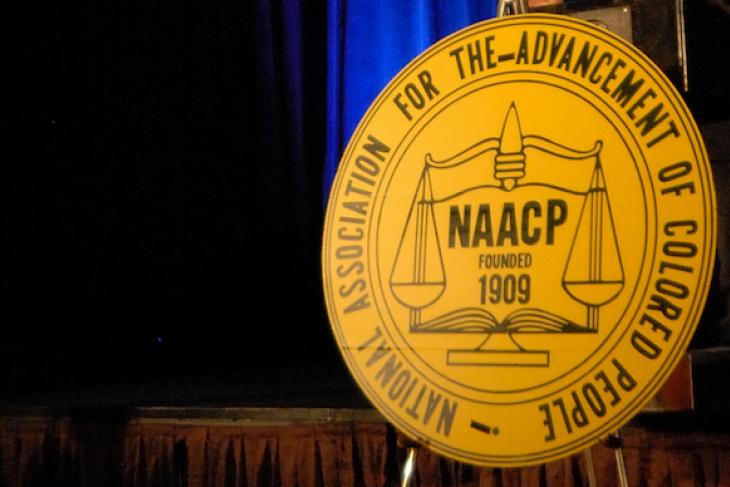 The NAACP caused quite a stir recently when it released a report calling for a moratorium on new charter schools for the next ten years. While the proposed charter ban has drawn most of the headlines—and with good reason—the NAACP report also offered a number of recommendations to address what it claims are widespread problems and abuses of power in the charter sector. These recommendations, which haven’t generated as much scrutiny, were incorporated into a model law for use by interested states.

Hailing from Ohio, a state with a history of charter-quality challenges, we cannot deny the charter sector’s warts. Outcomes in some charter schools are indeed much too poor, and financial shenanigans have been much too common. That’s why those of us at Fordham-Ohio and our partners worked hard to pass historic reforms to the state’s charter laws in 2015.

So we decided to review NAACP’s recommendations with an open mind, hoping to see them embrace the sort of quality-control policies that we identified and helped to enact in Ohio.

Sadly, that’s not what we found. The NAACP model law is not about improving charter schools, but strangling them. Moreover, if a law like this was passed in Ohio, it would be a massive step backward in terms of responsible, quality policymaking. Let’s take a look at a few reasons why.

The cart before the horse

Much of the NAACP’s model law is devoted to listing topics that the “appropriate education policy committees” must investigate in “a thorough analysis of the impact that charter schools have on all neighborhood public schools.” The call for more data is welcome, and a growing number of studies (like this one) show that competition from charter schools lifts all boats.

But it’s problematic that the model law spends pages outlining a needed “thorough analysis,” only to turn around and call for a decade-long moratorium on all charter schools regardless of what the analysis finds.

Another problem is that the model lumps all charters together. Rigorous research has shown that there are considerable differences not just between types of charter schools, but also between charter networks. Ignoring the uniqueness of different types and networks isn’t the best way to ascertain strengths and weaknesses—but is the easiest way to dismiss the entire concept of charter schooling.

To be fair, some of the data points that the model calls to be investigated are solid suggestions. For instance, states should be conducting regular audits of charter schools to detect fraud, waste, and the abuse of public funds. It has certainly been an important tool in Ohio. It is also important to know whether charter schools are serving high-need pupils well. But the vast majority of the model law’s recommendations are rooted firmly in the presumption that the number-one priority is to defend traditional public schools from competition, even if that competition is helping the kids in charters and the kids in district schools.

The most talked about provision of the model is its call for a ten-year moratorium on any charter school operated by or affiliated with a charter management organization, an education management organization, or a for-profit company. Once again, the blanket prohibition of all types of charters—regardless of their past performance or future potential—is problematic. In Ohio, a moratorium would mean that high-performing networks with mind-boggling student outcomes wouldn’t be able to serve more students, regardless of their stellar results or high demand from families. The impact nationally would be nothing short of tragic, as many of America’s top charter networks would be prohibited from expanding. Never mind the model law’s claim that its purpose is to “enhance the provision of high-quality education.” Under this proposed law, high quality education is only welcomed if it comes from schools that are governed in a specific way.

Restricting the creation of new schools isn’t the only motive of the NAACP’s model law; it also seeks to bring every charter currently in existence under the control of a traditional public district. If it were to actually become law, only local school districts could serve as charter authorizers. They alone would be permitted to approve or reject new schools.

This is asking a fox to guard the henhouse. After pages of demands for data that analyzes how charters might negatively impact neighborhood schools, it’s illogical to claim that districts could turn around and objectively monitor their own competition. Even more out-of-touch is the idea that districts should use their authorizing authority to “monitor the supply of schools across a local area.” Supply and demand are two very different things. Every student in the country has access to a seat in a traditional public school—but that does not mean that the school offers a quality education. Families would essentially be trapped under the umbrella of whatever district they happen to live in, and low-income families in particular would pay a steep price.

But the worst part about this recommendation is that it assumes that districts are high quality authorizers. In Ohio, that’s not the case; the academic performance of district-sponsored schools varies dramatically. In fact, most of the best-respected charter authorizers in the country are independent charter boards, state boards, or public universities. It’s a rare school district that can oversee charter schools well.

The illusion of democracy

The NAACP model law also requires that every charter school hold a public election in order to select board members. This recommendation aligns with a widely cited criticism of charter schools—that they are “undemocratic” because they have non-elected boards. If it were true that local school boards were the paragon of democracy, that argument might hold water. But as my colleague Aaron Churchill has argued previously, school boards offer nothing more than an illusion of democracy. This is especially true in states like Ohio where school board elections are off-cycle—they are held during non-congressional election years—and are thus subject to notoriously weak turnouts, some as low as 20 percent. According to research, low turnout numbers make it easy for special interest groups like labor unions (surely a coincidence) to get control of school boards and enact policies and labor agreements that are geared toward the interests of their members.

To be clear, it’s absolutely important that conflicts of interest be prevented. But many states—including Ohio—already do so without requiring charters to go through the process of electing a board.

It’s obvious that the NAACP model law isn’t about boosting charter quality, but curtailing charter quantity. States that actually care about improving their charter schools should follow in the footsteps of the Buckeye State and craft—when necessary—their own new and improved charter law based on the specific needs and environment of their state, rather than adopt a model policy that fails to take into account the good work that so many charters across the nation are doing on behalf of kids.