Mr. Kavanaugh, tear down this wall 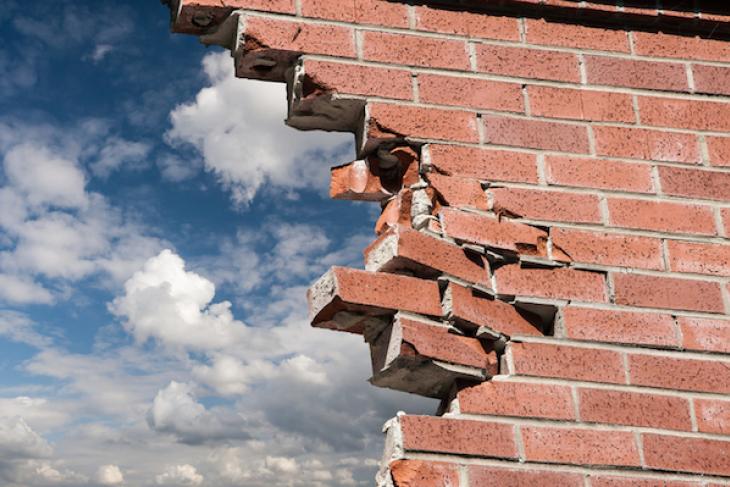 With the nomination of Brett Kavanaugh to the U.S. Supreme Court, one of the most contentious issues within education policy may once again have its day in court. In the ongoing debate about religion and schools, Kavanaugh’s background suggests he believes in a more permeable relationship between public and private schools. Currently, there is a wall between the two in thirty-eight states that have provisions in their state constitutions known as Blaine Amendments, which forbid, with varying degrees of restrictions, government funding for religious schools.

EdChoice’s Mike McShane was the first out of the box on this issue immediately following the announcement. And like him I’m hoping that Kavanaugh’s nomination, coupled with the originalist shift of the court, means that Blaine Amendments will soon be relegated to the dustbin of history. There isn’t yet a high profile case on the issue, but it’s only a matter of time.

The most common policies for which Blaine Amendment challenges arise relate to private school choice, such as education savings accounts, tax-credit scholarships, and school vouchers. A pair of 5-4 decisions in 2002 and 2011 upheld the constitutionality of private school choice, but did little to stem the perennial controversy surrounding these constitutional provisions.

Indiana, where I lived and worked for four years, is a Blaine Amendment state. The specific language in Indiana’s constitution reads, “No money shall be drawn from the treasury, for the benefit of any religious or theological institution.” The state’s supreme court unanimously found vouchers to be constitutional after looking at the issue from a few angles. Its primary conclusion was that families, not private schools, were the direct beneficiaries of the program, so it fell outside of Indiana’s Blaine Amendment. But the opposite happened in my current home state of Colorado. How will states that have forgone private school choice because of foreseeable legal challenges respond if Blaine Amendments are disposed of?

For one, states will have lots of models to look at and multiple decision points to consider (e.g., award amount, eligibility, payment method) if they choose to pursue voucher programs. Policymakers should insist upon a return on investment for the use of taxpayers’ dollars, while also avoiding overly burdensome requirements. But no matter how a program is designed, opponents will assuredly be out in force, even in a post-Blaine world. And the history and details of Indiana’s voucher program offer many useful lessons.

We Hoosiers blunted the politics of vouchers by keeping the bar high on accountability. The state already had an unusual policy that conditioned participation in high school sports on the administration of state testing, and most private schools accepted the bargain. This made it easier for us to require any voucher-accepting private school to administer the state test to all pupils, including non-voucher students. Similar provisions are absent from programs in other states, but holding private schools to the same bar took the air out of the argument that voucher programs lack any quality assurance.

Unsurprisingly, some school choice proponents were not fans of our tack. They would have preferred a lighter touch. And that’s OK. There’s room for some honest disagreement around how heavy a hand to take. But Indiana’s course made sense at the time because it was consistent with a larger strategy of holding low-performing schools to account. We didn’t believe vouchers would succeed in a vacuum. They fit into a comprehensive package that was guided by three core principles: competition, freedom, and accountability, and helped provide the North Star for our reform efforts, including private school choice.

Indiana’s voucher program is now seven years old. Thanks to Vice President (and former Governor) Pence and others, it has received unprecedented national exposure. Yet in spite of the newfound attention, many Hoosiers don’t even know the program exists. It goes to show that, even if the U.S. Supreme Court strikes down Blaine Amendments, states will still have many issues to wrestle with if they’re to build successful programs—and I haven’t even mentioned the political costs.

Indeed, there are few ed policy issues as polarizing and as partisan as school vouchers. Their pocked terrain is strewn with points and counterpoints. They have been called racist and a saboteur of democratic principles. And advocates often avoid the word “voucher” entirely, opting instead for euphemisms to evade controversy. In Indiana, for example, they’re called “choice scholarships.”

If we’re serious about educational equity, it seems to me that we need to get past religion in schools as a nonstarter. If a private school is effective at helping students become academically proficient, knowledgeable, and self-driven, why does it suddenly become problematic when that same school also includes prayer or religious texts? After all, public schools that teach meditation or character skills are pursuing similar aims in developing students’ emotional intelligence. If a school is effective, regardless of whether it’s public or private, shouldn’t we do everything we can to ensure more kids are in the effective ones?

My question is largely moot because many states can’t get off the starting blocks with Blaine Amendments in the way. Getting these provisions excised would be a huge victory for students and families, and an opportunity for greater innovation. Our sector has tirelessly advocated for high-performing charter schools, and we should be equally committed to helping our private schools grow and thrive. Not for the purposes of teaching religion, but to ensure more students in our country are able to receive an excellent education.