The miseducation of Donald Trump voters 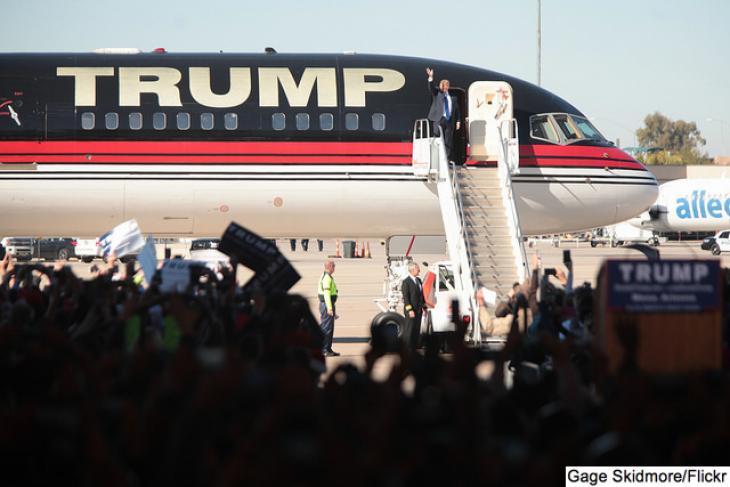 If my Dad were alive today—and fifty years younger—I suspect he'd be a Trump voter.

My father got a high school education, enlisted in the Army, and fought in the South Pacific during World War II. After the war, he was hired by American Airlines, the only company whose paychecks he would ever cash. In forty-plus years on the job, he went from working as a mechanic to flying transcontinental routes as a flight engineer (a job made obsolete long ago by microprocessors).

He earned enough to move his family from Yonkers to Long Island, with its affordable houses and good schools. His own father had been an immigrant pick-and-shovel man. My Dad did him one better by following the playbook common to men of his moment and mindset: learn a trade, work hard, play by the rules, and things will work out. On the day he dropped me off at college (I was the first in my family to attend), he was still badgering me to learn TV repair, plumbing, or heating and air conditioning. College was fine, but its benefits seemed nebulous to Depression-era guys like Dad. It wouldn't hurt, he insisted, to have "a skill to fall back on."

Within a generation, however, his kind of life and the playbook he followed have largely ceased to exist. This disappearance is not sitting well with millions of our fellow citizens who may fairly be forgiven for wondering what the hell happened to the country they believed they lived in. "The angriest and most pessimistic people in America are the people we used to call Middle Americans," David Frum writes in the current issue of the Atlantic. "Middle-class and middle-aged; not rich and not poor; people who are irked when asked to press 1 for English and who wonder how white male became an accusation rather than a description."

Frum's observation illustrates the cloud settling over the pundit class, and elites more generally, as they come to terms with the resilience of Donald Trump's presidential campaign. Recall that the Huffington Post initially relegated Trump coverage to its entertainment section. Next came sputtering outrage over Trump's calls to build a wall to block illegal aliens, register Muslims or ban them from the country altogether. Each of these and worse, supposed the elites, would surely shake Trump supporters from their fever dream.

Yet none did. Now, at last, there's an emerging, rueful understanding that possibly Trump's support is not a function of racism, bigotry, and xenophobia. "It is tempting for the rest of us to turn away in dismay," observed William Galston in the Wall Street Journal. "We should resist that temptation, because underlying the harsh words are real problems that extend well beyond our shores."

The ground has not merely shifted beneath the feet of blue collar white Americans with no college degree; it has liquefied. "You can see the effects of their despair in the new statistics describing horrifying rates of suicide and substance-abuse fatality among this same group, in middle age," Frum notes. "They are pissed off. And when Donald Trump came along, they were the people who told the pollsters, 'That's my guy.'" If he were my age today, my Dad would almost certainly be struggling among them. The country that allowed him to become upwardly mobile through sweat, toil, and time—not credentials and connections—is gone.

As this new sobriety over the issues animating Trump supporters, if not Trump himself, settles in, I'm hoping for a parallel rethinking among education reformers. What, if anything, can be done to bring this huge contingent of pissed-off Americans, or at least their children, in for a softer landing before they give up entirely?

Frankly, we missed it. With our focus on closing the achievement gap between blacks and whites, framing reform as the "civil rights issue of our time," and the attention and praise we have heaped on inner-city charter schools—one of reform's few bona fide success stories—we have tacitly made education reform a race-based endeavor. In doing so, we largely overlooked a crisis that's been hiding in plain sight for years. There are about twice as many non-Hispanic whites as blacks living below 150 percent of the poverty line in the U.S. It's a fair bet that their kids aren't doing very well in school—and that they see Donald Trump as "my guy."

This should not come as a complete surprise. In his book Coming Apart, the social scientist Charles Murray warned us that we are becoming a nation divided less by race than class. Births out of wedlock, crime and joblessness are not uniquely inner city problems. They are almost as prevalent in Murray's composite working-class community, “Fishtown.” As work disappears, physical disability claims skyrocket by millions, creating a new economic underclass helpfully absent from sunny unemployment figures. A sobering segment on This American Life a few years ago documented the plight of Americans living in depressed towns—themselves plunked down in poor states—and struggling to fend for themselves in an economy that is systematically shedding every kind of job they know how to do. "Being poorly educated in a rotten place in and of itself has become a disability,” reporter Chana Joffe-Walt observed. This is soul-deadening stuff.

Many of us—I'm certainly guilty of this—have been so turned off by Trump the candidate/person that we've missed the larger story under our noses: Trump voters, their alienation, and their rapidly dwindling options—not just for upward mobility, but for any kind of productive life and self-sufficiency. "They simply do not have the skills needed to compete in today's labor market," observed Marc Tucker of the National Center on Education and the Economy. "Their numbers are quickly rising. And they are angry. Angry in part because they cannot get work and support their families, but enraged because having a job and supporting their family is the single most important key to self-respect in our society."

Perhaps the understandable resentment of Trump voters toward elites—including "our" educational institutions and reform initiatives—is so deeply rooted that we've forfeited our ability to be taken seriously. We may be seen as part of the problem, not sources of the solution. It is certainly true, as Tucker noted, that Trump supporters "were produced in the first instance by the failure of the larger society to give them the skills they need to compete in the greatly changed global economy." That's one's on us.

Donald Trump is not going to be president. And even if he won, he would be no more successful bringing back my Dad’s world than King Canute was in ordering the tides to recede. Yet the forces that are keeping Trump's candidacy alive and well are not going away and can no longer be ignored. For those of us in education and reform, perhaps it's time to make white and blue collar the new black. If education reform truly is the civil rights struggle of our time, it's time once again to widen the definition of rights at risk to include working class white people too.