The million-dollar question: What will it take to improve education in America? 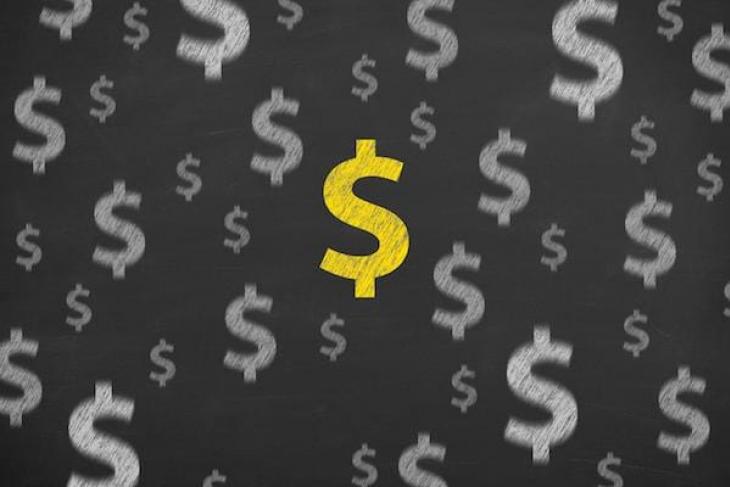 For as long as I’ve been involved in the sector, friends and strangers alike have frequently asked me what it’ll take to improve education in America? A magic wand is sometimes proffered to make the task more jovial but no less daunting. I got it again last month while on—of all places—the observation deck of the Freedom Tower in New York City. With a backdrop of breathtaking panoramic views atop the tallest building in the Western Hemisphere, it reared its familiar head once again.

On its surface, the inquiry is innocent enough. The person asking it usually expects a straightforward response, especially from someone who spends his waking hours ruminating on the subject. And as a parent who is always attempting to break down complex ideas into their simplest terms, I feel obligated to have a pithy one at my fingertips.

To answer it, it’s useful to take a step back and consider an even broader question: “What’s the goal of our education system?” The idea of “improving” anything suggests measurement, and it’s easier to assess progress when there’s a clear end in mind. These days, a popular goal for our schools is workforce preparation, which has been in large part driven by business-led reform coalitions. But there are other potential goals as well, which at times conflict with one another. For example, should the goal be to create an educated citizenry, which has gained renewed traction of late in light of national politics? Focus on the basics? Ensure strong character? Enable the pursuit of happiness? Perhaps none of these matter so long as parents are satisfied? No one has given more thought to the topic of goals than Larry Cuban, Professor Emeritus of Education at Stanford, and even he would likely agree that a shared definition remains elusive.

But for argument’s sake, let’s assume we could put that question to bed and come to a consensus on the goal. When considering possible answers, I think they would draw from ten broad, but not totally discrete, categories:

Ten years ago, the prevailing wisdom among policy architects was to bet on higher standards, assessment, and accountability. The luster on these have since worn off, and have now been replaced with a “goat rodeo” of (recycled) ideas ranging from social emotional learning and career and technical education to personalized learning and civics. School discipline reform has also been a hot topic. And there’s more interest in looking outside of education policy for answers, including the application of behavioral science to our most intractable problems.

Implementing good policy is too often approached as if things will work if we can simply get the technical details right. Details are important, but they’re insufficient for policy success. It’s an oft-repeated caveat, but one worth underscoring. Any effort to improve schools won’t have the desired effect if those charged with implementation don’t find the effort to be credible.

Some argue that the education reforms of the Bush-Obama era were high on hubris and low on humility. Moreover, they largely ignored what actually happens in the classroom. In response, there has been a growing call for curriculum reforms, as well as more and deeper collaboration. The latter goes to show how quickly the winds have shifted, as working together was considered “overrated” not too long ago.

There’s a lot of room for improvement when it comes to rethinking how teachers enter the profession. From recruitment and barriers to entry (e.g., testing and fees) to diversity and licensure, preparation is a lever that policymakers will continue to pull. Last year, I moderated a panel discussion that asked whether the teaching profession should be more like medicine (difficult to enter, years of training, high prestige) or journalism (no formal training required and opportunities for quick advancement and exit). Participants overwhelmingly voted for the latter, but the question is far from settled.

As long as money or control is involved, any effort to improve education will involve politics. Creative policy ideas on teacher tenure or collective bargaining are all well and good, but without courageous leadership and conviction, they are destined to fall short. The best talk I’ve ever heard on politics in education was given by Denis Calabrese. One of his many pieces of counterintuitive advice was that winning is not about who has the best or most popular idea, but who succeeds in framing the argument. As a sector, we could stand to be savvier here.

Well-intentioned yet disconnected bureaucrats are too often the ones who formulate education policy. Perched aloft like I was that day in the Freedom Tower, their view is expansive yet incomplete. This point bears repeating if we’re serious about enduring change rather than quick fixes. Being as close as possible to the communities being served provides both the advantage of understanding local complexities and greater agility in responding to needs as they develop.

“Systems” is a blanket term, and I use it as somewhat of a catchall, which admittedly overlaps with the need for better policy. This includes teacher systems (e.g., compensation, distribution), funding systems (e.g., formulas, fiscal transparency, district secessions), and programmatic systems (e.g., transportation, class size, schedule and calendar). I think of some of these as education’s plumbing, which tend to go unnoticed until something stops working.

Data and reporting systems feature prominently in this conversation too, and the promise of big data has surfaced the tension between privacy and personalization. Pundits have also spilled gallons of ink on pension systems and the perverse incentives thereof.

Whether you call it school choice or parental choice—and some argue there’s a subtle yet important difference between the two—it’s an option that is still largely limited to those with means. Universal educational choice could help to level the playing field and strike a powerful blow for social justice. With the bewildering array of decisions that go into creating and sustaining a great school, there’s something to be said about letting schools figure out all of this stuff on their own, and letting parents choose the school that matches their values.

One of the major tensions within education reform today is whether reformers have lost their way, making the already difficult job of improving schools even harder. Some argue that broadening the work to include issues like housing, immigration, and policing is a smart choice, and a needed one to both stay relevant and to deepen our impact. Others believe this smacks of mission creep, and that we run the risk of straying too far from the fundamentals that affect teaching and learning.

Finally, there are those who argue that the system as it currently exists works perfectly fine for the era it was designed for (think the G.I. Bill and universal high school). In this view, education is wrongly perceived as broken. Moreover, the thinking goes, we won’t make any headway unless we solve larger societal issues like poverty or institutional racism—though for better or for worse, reformers tend to part ways when it comes to race.

Suffice it to say, improving education in our country is a multifaceted proposition. Pulling on just one of these levers would be insufficient, and expecting to do everything at once might be a fool’s errand. Mike Petrilli put it well when he wrote, “The question is not whether schools can do it all — but whether they are doing all they can.” I might expand his question beyond schools to include policymakers, advocates, and elected officials.

So are they doing all they can? While there isn’t one right answer to the million-dollar question, our endless, back-and-forth debates are encapsulated in it. Yanny or Laurel? Blue and black or white and gold? The person I ran into that afternoon thought many of these problems would be solved if we simply paid teachers more. My response elicited a silent head nod before the topic quickly shifted back to the captivating forest of skyscrapers below. There were no disagreements there.