Matt Damon, Harvey Weinstein, and the hunt for good schools 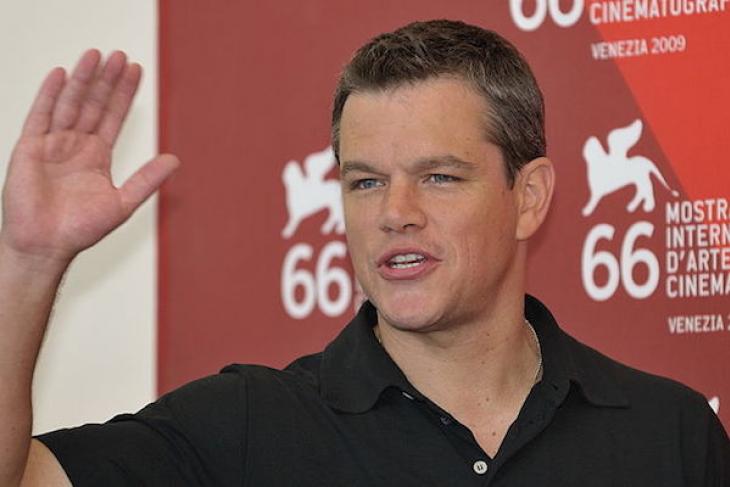 I named my blog “Good School Hunting” not because I’m necessarily a big fan of the actor Matt Damon, but because I thought the Boston-based storyline of Damon’s debut movie, “Good Will Hunting,” suited a New England–based blog written by a mom who believes every kid deserves an awesome school. And I really did like that movie.

So, sure, it was a bit disappointing to learn that one of Damon’s pet causes is opposing school choice and accountability, two issues near and dear to the heart of this former teacher, school committee member, and mother of three boys who currently attend both traditional and charter public schools.

Adding insult to injury, I quickly discovered that Damon—one of the loudest and most well known proponents of public education—sends his own children to private school. “I pay for a private education and I’m trying to get the one that most matches the public education that I had,” he told the Guardian, “but that kind of progressive education no longer exists in the public system. It’s unfair.”

Damon’s entire experience raising his four daughters has been one of wealth and privilege. He can’t easily empathize with low-income parents whose zip codes afford zero decent options and whose earnings make private school impossible. The fact that he would bemoan how “unfair” things are is laughable considering how unfair they really are for poor parents zoned to chronically underperforming schools.

In keeping with this hypocritical theme, Damon is now the narrator of a movie attacking—and lying about—school choice. It’s called “Backpack Full of Cash” and it suggests that the school choice movement is all about making money off the backs of poor kids. It makes me wonder if he has ever met some of the brilliant, dedicated charter leaders and teachers across the country doing the impossible with limited resources but boundless determination.

Damon’s presence in the education reform debate is competing with another embarrassing storyline in which he apparently played a small role. The world is just now learning of the horrific, sexist, and even abusive behavior of Hollywood mogul Harvey Weinstein. And it turns out that Damon may have helped kill a New York Times story on the topic back in 2004. Damon denies the allegation: “For the record, I would never, ever, ever try to kill a story like that. I just wouldn’t do that. It’s not something I would do, for anybody.” He also denies having any knowledge of Weinstein’s predatory behavior:

We know this stuff goes on in the world. I did five or six movies with Harvey. I never saw this. I think a lot of actors have come out and said, everybody’s saying we all knew. That’s not true. This type of predation happens behind closed doors, and out of public view. If there was ever an event that I was at and Harvey was doing this kind of thing and I didn’t see it, then I am so deeply sorry, because I would have stopped it.

In the same aforementioned interview with The Guardian, Damon looks to the future and puts out a call to action for men to step up and be part of the hard work of changing the culture and protecting women from men like Harvey Weinstein. “We can all feel this change that’s happening, which is necessary and overdue,” he says. “Men are a huge part of that change, and we have to be vigilant and we have to help protect and call this stuff out because we have our sisters and our daughters and our mothers.”

Let’s hope it happens. But Matt Damon needs to get better at being an advocate for women. And for education. He espouses important and even good causes but lacks a deep knowledge or understanding of what is really going on.

Did he not know that, at the same time he was wearing his big bright smile with his hand on Harvey’s shoulders, that the Weinstein Company’s board was all men?

Did he forget that jokes about Harvey’s disgusting antics were getting laughs at the Oscars in 2013?

When it comes to his education activism, does he realize that what he espouses would make it impossible for other dads of four daughters to have choices like he does?

And does he understand that, while he may want a progressive education for his kids, not everybody does? Some folks want a classical education. Some want Montessori. And some want the kind of structure that “no excuses” charter schools provide in order to achieve some absolutely game-changing, gap-closing results.

I have an idea. It will be the perfect way for Matt Damon to atone for his decades of love and support for a serial sexual predator, and to also get on the right side of an important and often neglected education issue.

Most people don’t know this—but, according to the most recent data available, nearly one in ten students are victims of sexual misconduct by an authority figure in their school (teacher, principal, bus driver, coach, etc.) during their K–12 years. And far too many states do an abysmal job of keeping track of teachers who are terminated for inappropriate and abusive behavior towards students. As a result, abusive educators end up working in a school in another district or a different state, where no one knows they are a danger to children. This practice is called “passing the trash.”

So here’s your chance, Matt. Make the epidemic of sexual misconduct and abuse in our schools your next cause. Do it for all the daughters, sisters, and mothers you’ve had on your mind this week. (But don’t forget about the boys, because they are victims, too.)

It will be good to have a celebrity of your stature speaking out on this issue. Maybe, you can narrate a movie about it. Maybe the Weinstein Company will even produce it.

Editor’s note: The author first published a version of this article on her blog, Good School Hunting.