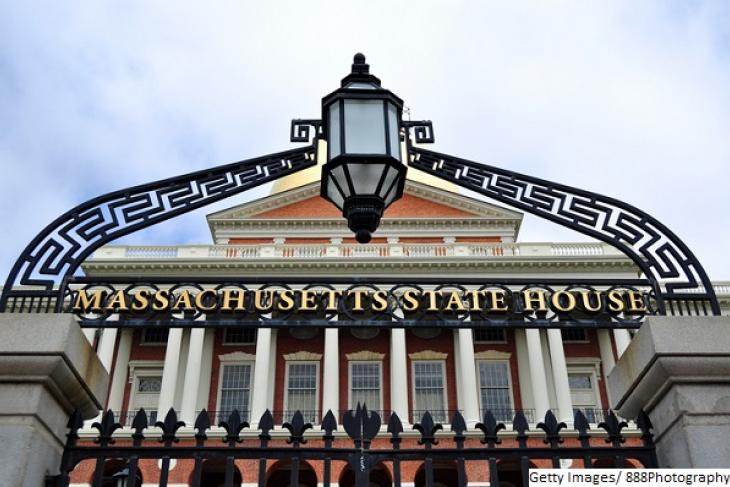 While the rest of the nation was riveted by the final days of the presidential campaign, the education world was paying equally close attention to Massachusetts, where voters decided whether to allow more charter schools in their state. The ballot question, called Question 2, attracted millions of dollars of advertising from supporters and opponents alike, making it the most expensive ballot-question battle in the nation, according to the nonprofit Center for Public Integrity.

Election Day has come and gone, and 62 percent of Massachusetts voters rejected the expansion of charter schools.

Writing at the pro-reform website The 74, Richard Whitmire framed the issue as one of fairness and equity: “Will voters in Newton (median house listing price: $1.2 million) vote to help out voters in Roxbury (median list price: $479,000) looking for better school options?” he asked.

Now that we know the answer is no, don't point angry fingers at selfish Massachusetts voters: Blame falls equally upon a movement that has long been a bit too enamored of our own civil-rights-issue-of-our-time rhetoric to worry much about building a constituency among the middle class.

At a conference at the American Enterprise Institute last month, I listened to a presentation from Jay Heiler, the founder and chairman of Great Hearts, a nonprofit network of public charter schools based in Arizona and Texas. Great Hearts offers a classical liberal arts curriculum, which delivers strong results and has proven to be enormously popular with middle class and affluent families. (Two of the network's schools in the Phoenix urban core serve predominantly low-income students.)

Afterward, my friend Max Eden of the Manhattan Institute quipped to me that “if there were one of two Great Hearts operating in Massachusetts”—if middle-class parents thought charter expansion could mean a better education for their children—“it would have been a whole different ball game” on Question 2.

I couldn't agree more. The charter sector has earned moral authority and drawn political oxygen from battles with teachers unions, offering a lifeboat to parents who can't get their kids into better schools—either because they can't afford parochial or private school tuition, or because they're frozen out of home ownership in communities with higher-performing schools. But as the charter sector gets bigger, its footfalls get heavier. Resistance to lifting the charter cap in Massachusetts, home to some of the nation's best and most effective charter schools, suggests the social justice case for school choice only goes so far.

In Massachusetts, “unions and their local suburban school officials are doing a great job of scaring suburbanites about how a charter expansion might harm the relatively good arrangements they currently enjoy,” observes Jay Greene at Education Next. Predictably, progressive stalwart Elizabeth Warren, who used to support charters for low-income children, recently came out against Question 2. “After hearing more from both sides, I am very concerned about what this specific proposal means for hundreds of thousands of children across our Commonwealth, especially those living in districts with tight budgets where every dime matters,” Warren told the Boston Globe.

Appealing to middle-class and more affluent parents would mean less talk about alternatives—any alternative—to failing schools, and more differentiation within and between charter schools' curriculum and culture. Middle-class families are less desperate for alternatives than families with low socioeconomic status, and tend to be much more protective of their traditional local schools. But given the opportunity to choose a school that offers a first-rate program in sports, the arts, or like Great Hearts, a classical education that's simply unavailable elsewhere at any price, it's hard to imagine that wouldn't broaden the appeal of charter schools—and the sector's political base.

Arizona, where Great Hearts is based, offers a model. Arizona leads the nation with 17 percent of its children in charter schools. “The broad middle class here is invested in charter schools,” Heiler tells me. “That's an important place to get to if you want to have a long, sustained run toward improving your school system through ed reform,” he says.

Last week I was invited to an info session for prospective parents who were thinking of applying to a high-performing charter school on the Upper West Side of Manhattan—a diverse and relatively well-off neighborhood. Moms and dads peppered the school's staffer with questions about foreign language instruction, arts programs and sports teams, class sizes and homework loads. Nobody offered any hint that they were looking to rescue their kids from a poor-performing neighborhood school. The only question about test scores was from a mom who wanted to know how the charter school's test scores compared to the city's gifted and talented program.

Listening to the conversation, it wasn't hard to imagine this kind of exchange taking place someday on urbanbaby.com, with charter school parents debating and defending fine-grained differences in curriculum and pedagogy in their kids' schools the way affluent parents do at present, when dissecting the offerings at Manhattan's private schools.

The demand is almost certainly there, a different outcome would’ve required a significant mind-shift among choice and charter advocates. “Until [education] reformers temper [their] antipathy towards more advantaged families, abandon guilt-driven political appeals, and embrace the political realities of self-interest they should expect to continue suffering a series of political defeats,” noted Greene.

Clearly he was right.  Massachusetts voters were not sufficiently moved by appeals to fairness to vote yes on Question 2. But as another great Bay State politician used to say, “all politics is local.” Next time, charter advocates who hope to see the sector grow and thrive will need a better pitch than “hey, soccer moms, you've got yours; don't be so damn selfish!”

Editor's note: This article originally appeared in a different form, before Massachusetts voted on the measure, in U.S. News & World Report and on Fordham’s Flypaper blog.