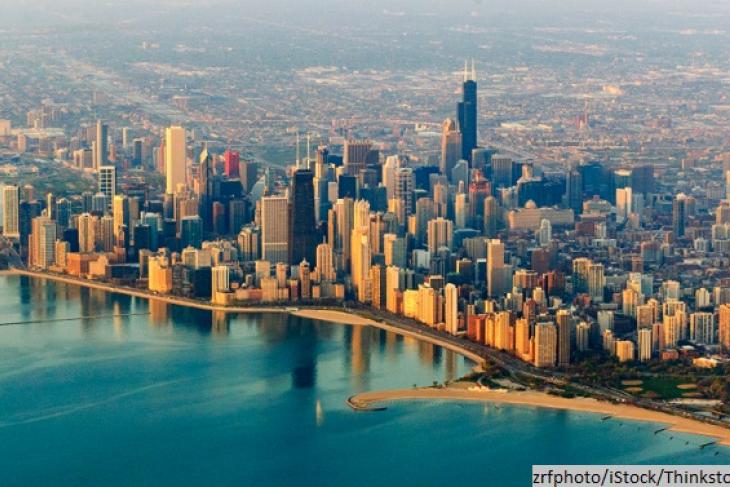 As a parent of three young children in Chicago Public Schools, I’m starting to get nervous.

Luckily, my family can afford to live in a neighborhood with one of the city’s few higher-performing elementary schools that aren’t governed by selective enrollment. But in the upper grades, even Chicago’s best neighborhoods have almost no high-quality options unless you can afford a private school.

So we’ve begun the effort to get our kids tested to see if they can be among the lucky few to gain entry into Chicago’s selective enrollment schools. Because the system is point-based, families strategize on how to get their kids into these coveted programs. Parents in the know find tutorials online. Some even spend hundreds of dollars for test preparation.

Recently, as I sat in a testing center waiting for my son to finish his exam, I looked around and saw a lot of affluent parents like me. I wondered, what about the children without parents to advocate for them? What about those families without social capital or financial means—do they even know these gifted programs exist?

Gifted schools and programs are supposed to be for all students with unique abilities, but as I sat in the testing center that day, I suspected that the disparity in serving low-income students and children of color with exceptional abilities must be significant.

At One Chance Illinois (OCI), where I am executive director, we decided to investigate.

OCI’s mission is to advance public policy that expands high-quality educational options for Illinois’ low-income and working-class families. We conduct research and develop policy, and then we move that policy into action. We want to change the education reform conversation—from one where public, charter, and independent school sector leaders are forever at odds to one where parents have access to the best educational options for their children, no matter what form they come in.

Last week, as part of OCI’s research and policy development phase, we finalized and released extensive research on access to gifted programs in the top 10 percent of Illinois’s largest school districts.

We assumed our data would show an excellence gap for students in Illinois, but we were shocked by how vast it really is and the reasons why. The data unveiled not only the bias in selecting students who get to participate in gifted programs, but also a significant identification problem in providing advanced support to low-income and minority students.

Additionally, the report shows that there has been little or no change to the makeup of students receiving advanced academic support since the Illinois State Board of Education’s last official report in 2003, the last year the state funded gifted education. That report showed that black and Hispanic students were greatly underrepresented in gifted programs, at nearly the same percentages that they are today; low-income students were enrolled at even lower rates.

The report is a great step toward helping others understand why this excellence gap is an issue. The focus should now be on giving these high-ability, low-income students the opportunities they deserve. OCI is therefore moving from the policy development stage into action. We’re asking advocates and lawmakers to revise the state’s gifted education identification process to be in line with the rest of the country’s best practices, which include universal screening of students for giftedness.

OCI’s Untapped Potential Act (SB2970) does this. Today it will be heard in the Illinois State Senate Education Committee. We urge lawmakers on the committee and in the general assembly to make it law.

Additionally, this is an opportunity for the education reform community to show the state’s children that it stands for more than just charter schools—it stands for high-quality schools and equity in every form. If the Illinois education reform community can look beyond its traditional silos and support the Untapped Potential Act, it can be a demonstration that many traditional, charter, and independent school advocates can work together to better serve children in need of options.

Some in the reform movement may worry that supporting this policy implies they only support the elite or wish to give excessive advantages to gifted pupils who would do fine without the support. That’s incorrect. White, wealthy children have parents who live in districts that respond to them and provide them with what they seek. The Untapped Potential Act ensures that gifted children with less financial capacity don’t get neglected.

Children without means are the ones who depend on the “system” to create opportunities for them to thrive. Giving them the opportunities they deserve should be the driver for all of us.

Myles Mendoza is the executive director of One Chance Illinois.

Policy Priority:
Personalized Pathways
Topics:
High Achievers
Thank you for signing up!
Please check your email to confirm the subscription.