The Left's drive to push conservatives out of education reform 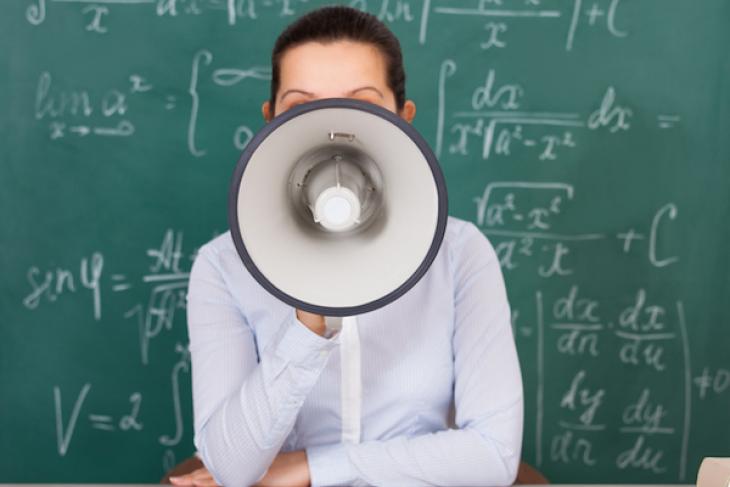 “In a private meeting at the White House in 2014, Mr. Obama told a group of young black activists that change was ‘hard and incremental,’ one participant said at the time. When some activists at that meeting said they felt that their voices were not being heard, Mr. Obama replied, “You are sitting in the Oval Office, talking to the president of the United States.”

At the opening plenary session of the New Schools Venture Fund meeting in San Francisco earlier this month, CEO Stacy Childress promised attendees that the meeting was going to “push” them to explore issues of race, equity, and education. For some, it was a face push. The session featured a panel discussion between a top Teach For America executive active in the Black Lives Matter movement, an activist concerned with the plight of undocumented youth, and a USC sociology professor who brought half of the audience to its feet with a remark (as paraphrased by someone in the room) that “the story of America is the story of progressive social movements, government, affirmative action, the GI bill, and Obamacare.”

A few days later, a piece ran in Education Post with the headline “How an Elite Education Reform Conference Felt More Like a #BlackLivesMatter Rally.” It was a compliment, not a complaint.

Like the proverbial frog in a pot, education reformers on the political right find themselves coming to a slow boil in the cauldron of social justice activism. At meetings like New Schools Venture Fund and Pahara (a leadership development program run by the Aspen Institute), conservative reformers report feeling unwelcome, uncomfortable, and cowed into silence. There is an unmistakable and increasingly aggressive orthodoxy in mainstream education reform thought regarding issues of race, class, and gender. And it does not include conservative ideas.

Signs of the leftward lurch are unmistakable. Senior leaders within ostensibly mainstream reform organizations like Teach For America are comfortable publicly embracing controversial movements like Black Lives Matter. TNTP’s CEO Dan Weisberg wrote in a blog post last year claiming that “organizations like ours have not been vocal enough about the obvious—that issues of racism, poverty, justice, and education are interconnected.” Henceforth, he promised, TNTP would “speak up more loudly about the many barriers—inside and outside our schools —that stand in the way of success for too many American children.” Reformers are routinely pilloried as racists and bigots if they deviate from narrowly cast views on race, gender, income inequality, and other elements of the social justice agenda.

One veteran conservative education reformer describes himself as “furious and frustrated” by the increasing dominance of social justice warriors in education reform and the marginalization of dissenting views. “It's an existential threat,” he notes. “Any group that only associates with likeminded people is susceptible to becoming extreme, inflexible, self-righteous, and losing its ability to see its own weaknesses.” This opinion was echoed in a series of interviews with other prominent reformers—most right of center, though not all—in the past week. One sign of the dominance of the new orthodoxy: Almost none were willing to be quoted on the record. “I'm involved in too many fights,” says one. “I can't pick another.”

Some will surely dismiss this as mere whining by “voices of privilege” who find themselves on “the wrong side of history.” But that would be a serious strategic mistake, as ideas from the right have a lot to contribute to the reform conversation. Conservative theories of action are based on strong evidence of two claims: that markets have taken more people out of poverty than any force in history, and that full membership in civil society gives individuals and their groups power, builds social capital, and enables communities to thrive and express themselves fully. These are ideas that need no apology and merit a full hearing. “We conservatives do not cede the moral high ground,” one reformer told me. “If the social justice warriors are convincing themselves that to be conservative means not caring about the disadvantaged, then they don't understand conservatism.”

As a purely practical matter, if education reform is widely perceived as aggressively left-leaning or politically militant, there could also be a steep legislative price to be paid. At the state level, charter schools, choice, school and teacher accountability, and other standard elements of the education reform agenda depend heavily on support from Republican governors and conservative legislators. “The people who have led and continue to lead for school choice and charter schools, for teacher performance and accountability, are conservative,” says Jeanne Allen of the Center for Education Reform. “They’re not going to embrace [the social justice agenda]. If that’s what reformers lead with, they will lose.”

Another longtime reformer, a political independent, agrees. “What could really become a problem is the spread of any ideology that essentially says, ‘Hate is so baked in that it’s futile for us—people of color, trans people, whoever—to cooperate with you any further,’” he said. “I’d hate to lose the next Howard Fuller because people believe you can’t be a social justice warrior and also be a pragmatist who can make alliances and get victories.”

One of the few identifiably right-leaning reform figures willing to go on the record about reform’s drift is Rick Hess of the American Enterprise Institute, who has written often about the informal agreement holding the Left-Right education reform coalition in place. Conservatives who see education as “the foundation of an opportunity society and a path to eventually shrinking the welfare state” have “accepted a massive increase in federal authority, an expansion of race-conscious accountability systems, and a prohibition on talk of parental responsibility and the virtues of the traditional family,” Hess wrote in the National Review last October. Liberal reformers didn’t have to bend quite so far, he noted. “They mostly toned down their demands for new public programs and took care not to accuse their conservative allies of bigotry.”

This informal agreement has collapsed. A cursory glance at social media is all the proof needed that social justice warriors in education no longer feel any compunction about accusing their conservative brethren of racism and worse. Liberal reformers “have decided that it’s a mistake to separate education from the Left’s broader economic and social agenda,” Hess notes. More and more, he notes, “They suggest a school reformer’s stance on immigration, gay marriage, transgender bathroom access, and urban policing are the measure of his seriousness.”

In many ways, the emergence of a dominant social justice orientation within reform is utterly unsurprising. The work naturally attracts the idealistic young people deeply moved by calls to make the country more equitable and fair. They eagerly sign up for Teach For America and have filled the classrooms of inner city charter schools for a generation. As they grow within the movement, surrounded by other like-minded souls, the conditions are ripe for an intellectual monoculture to take root. It mirrors a phenomenon that New York University professor Jonathan Haidt, author of The Righteous Mind, has described and warned against within the context of college social sciences departments. “I was getting more and more concerned about how I began to see the social sciences as tribal moral communities becoming ever more committed to social justice, and ever less hospitable to dissenting views,” he said in a recent interview.

Haidt’s phrase—a tribal moral community less hospitable to dissenting views—is an apt description of the brand of reform on display at gatherings like New Schools and within Pahara. “You only get to go to those things if you’re invited. And you’re only invited if you know people who are in the clique,” notes a senior executive at an education policy nonprofit. “If you’re the head education policy advisor for the Senate Education Committee in Texas, chances are that you don’t know anyone who is part of this clique. You don’t get invited to Pahara or New Schools. And those things just end up promoting the groupthink.”

The risk is that, left unchecked, “groupthink” could rot reform from within. For years, resistance to reform efforts has coalesced around the idea that it is impossible to make meaningful difference in outcomes for low-income children of color until or unless we “fix poverty first”—a view firmly rejected by a generation of reformers on both Right and Left. It seems conceivable that among education reform’s emergent tribe of social justice warriors, “Fix structural racism first” will become the new “Fix poverty first,” creating a deep and irreparable schism. However earnest, honorable, and sorely needed, there is a point at which a conversation about race, gender, poverty, health care, and immigration is no longer principally about improving schools. Education reform’s social justice and school improvement wings may eventually have to reach a new unspoken agreement: that they are simply in different lines of work.

Some on the Right are convinced that social justice warriors need right-wing reformers more than the other way around. “The best and longest-lasting education reforms across the charter and choice space are those that were forged by once-strange-bedfellow coalitions of Right and Left,” said Allen. “It requires alliances with people who, by virtue of not being tied to the traditional Left coalitions of unions and those who believe money is the answer, can actually get laws get passed that buck the status quo.”

In the meantime, there’s a lot of sitting silently and seething. “I remember finding these reform-y gatherings self-congratulatory a decade ago, but at least they were talking about doing worthwhile things—starting great schools and organizations to improve educational outcomes for poor kids,” says one NSVF attendee. “There is almost contempt for that idea now."

Editor's Note: Comment have been turned off for this essay because they were getting unnecessarily acrimonious and threatening.