LeBron's school isn't a charter, but it puts kids first—and that's all that matters 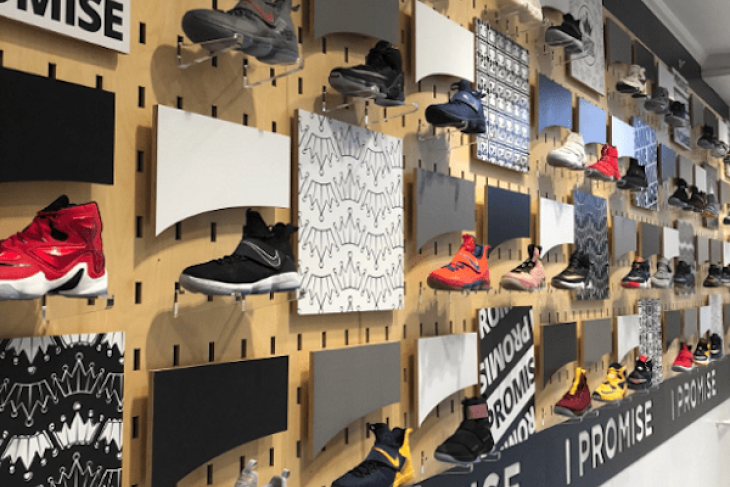 You’ve probably heard by now that basketball superstar LeBron James opened a school for at-risk kids in his hometown of Akron, Ohio. Called I Promise School (IPS), it’s a joint effort between the I Promise Network, the LeBron James Family Foundation, and Akron Public Schools. The newly renovated building opened its doors on July 30 to 240 students in third and fourth grade, along with forty-three staff members. Though he’s taking his talents to Los Angeles, King James himself was on hand to dedicate the new school.

Just like students who are part of the I Promise Network that serves more than 1,300 children and their families across the district, IPS students were identified based on their reading achievement data. After identifying students who were a year or two behind grade level, administrators used a lottery to randomly select which children would be offered a spot at the new school. These students will receive free uniforms, transportation within two miles, tuition to the University of Akron when they graduate, a bicycle and helmet, and a variety of other resources. Their families will have access to GED classes, job placement assistance, and a food pantry.

James is being lavished with praise from the likes of Barack and Michelle Obama and Steph Curry, and he certainly deserves it. He could have done something else, or nothing at all, to help the kids of Akron. He could have chosen to just shut up and dribble. Instead, he did something remarkable that has the potential to radically transform lives.

As with all major media stories these days, folks are crawling out of the woodwork to offer their opinions. It should come as no surprise to those who work in education policy that there’s been a lot of emphasis on the fact that IPS is a district public school. Not a private school that accepts vouchers, or a charter school (which, for the record, are also public schools), but a “traditional” public school that’s part of Akron Public Schools, the sixth largest district in the state.

It doesn’t really matter what kind of school IPS is as long as it serves kids well. But anyone who’s done their homework can see that IPS is anything but a “traditional” public school. In fact, the school’s defining characteristics are similar to the schools of choice lauded by ed reformers. Extended school day and year? Yes, just like a lot of the country’s best charter networks. A serious emphasis on teacher professional development, with one day a week reserved for development? Yes, just like some other high-performing charter networks. A curriculum anchored in science, technology, engineering, and math? Yes, just like Ohio’s independent, non-district affiliated STEM schools. (IPS is already part of Ohio’s STEM Learning Network.) Alternative schedules and working conditions for teachers? Also yes, just like plenty of charter and private schools.

And then there’s the philanthropic aspect. At ISP, the LeBron James Family Foundation funds “critical elements” of the school, including technology, additional staffing, and professional development. That’s not necessarily unique, since traditional districts receive philanthropic support all the time, but it is worth mentioning because charter schools are the ones that are typically maligned for seeking charitable funding to provide extra help for disadvantaged children.

Despite these similarities, IPS is a traditional public school, and there’s a whole horde of people who are thrilled about this technical distinction. In a recent piece for Education Week, for instance, Jonathan E. Collins says that it’s a good thing IPS isn’t a charter school because “charter schools by design don’t require the same accountability to the public that traditional public schools do.” I’m no expert on the charter laws in other states, but I do know Ohio charter law—and Collins is wrong. Charters in the Buckeye State are evaluated based on the same state report card that traditional public schools are subject to. Charter sponsors—the organizations that are tasked with overseeing charter schools—are evaluated using a rigorous evaluation system that has stiff consequences for poor oversight. As a result of this sponsor accountability system, dozens of low-performing charters have been shuttered in Ohio within the past few years. In addition, should sponsors fail to correct chronic low performance, state law subjects charters to automatic closure. Moreover, as schools of choice, charters face competitive pressures. If families don’t like the way a charter school is run, they don’t have to stay there—and the school loses funding if they leave.

Collins also argues that charters’ “student-selection process has stirred controversy for being biased.” Because of the “mechanisms that some charter schools have used in order to peel off the most promising at risk-students,” traditional districts are left with “unimaginable challenges.” Although studies have shown that the success of charters isn’t attributable to “cream-skimming,” there are still folks like Collins who argue that the only way a group of “those kids” can possibly succeed is if charter schools recruit the “good ones” and leave all the “bad ones” behind. It’s a notion that’s not just offensive to the charter teachers and kids who worked their butts off to learn and achieve, but also to the kids and teachers who are “stuck” in traditional districts.

Collins isn’t the only one who seems to be concerned for the “other kids” who are stuck and left behind. Washington Post writer Valerie Strauss shared the same concern in her piece titled “Props to LeBron James and his new Akron public school—but what about the other kids?” She takes tons of jabs at school choice, including the accusation that charter supporters “no doubt would have preferred that James opened a charter.” As a charter supporter and an Akron native, I find that accusation so ridiculous that it’s not even offensive. All the charter folks I know are thrilled that there’s another high quality option available for Akron kids. Frankly, anyone who doesn’t feel that way should re-evaluate their priorities.

But what stands out most about Strauss’s piece is her supposition that if schools just had more money, then James wouldn’t have had to open IPS at all. “The fact that this school opened only because of the good graces of a very wealthy, civic-minded athlete underscores the continuing problem with education funding in this country,” she writes. “America’s public schools should not have to depend on any wealthy individual or private entity to be sustained or improved.”

She’s not necessarily wrong. It would be great to have a never-ending supply of cash. If there’s anything we can learn from this spring’s teacher strikes, it’s that there are places in this nation where schools and teachers are severely—almost criminally—underfunded. But many states and localities have limited taxpayer resources that can be used to support public education. So here, too, is a place where we can learn a lesson from charter schools. Across the nation and in Ohio, charters accomplish phenomenal outcomes with less government funding than traditional public districts enjoy. These high-performing charter organizations put taxpayer funds to good use—something that bureaucratic, big-city districts don’t always do. It’s less about how much money there is and more about how it’s spent.

Thanks to LeBron James and his partners, the I Promise School has plenty of funding. Its founding principles and leadership seem to be focused on the right thing—using resources to do what’s best for students. At the end of the day, none of us should really care whether IPS is a district, charter, or private school. What matters is what it can do for kids. And so far, the future looks bright.