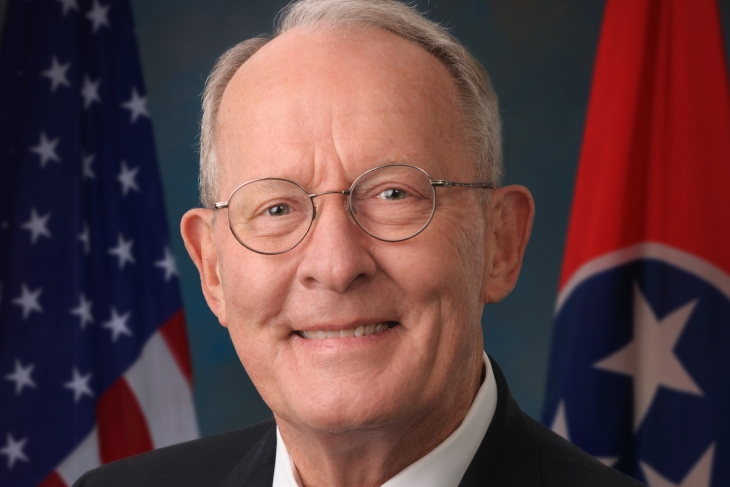 When the 116th Congress adjourns, sometime before January 2021, Tennessee’s eighty-year-old senior senator, Lamar Alexander, will retire after three full terms. No one living today has had more far-reaching influence on American K–12 education. As we wish him many glorious years of retirement, we do well to recognize that his legacy will last even longer. That’s in no small part because his work in the realm of education, and in others, adhered to a consistent and effective vision of leadership. Lamar followed some simple advice that he had found in a book about the presidency by LBJ press secretary George Reedy: a leader should “do three things: 1) see a few urgent needs, 2) develop a strategy to meet each of those needs, and 3) persuade at least half the people that he is right.”

Known to those who have worked with him simply as “Lamar,” the senator is renowned for his approachability and affability as well as his intellect, steadfast pursuit of the public interest as he construes it, and insistence on “getting things done.” In recent years on Capitol Hill, he has stood as one of the few representatives of an older and more honorable era of constructive bipartisanship. In 2011, as Congress was growing more polarized and partisan, Lamar voluntarily exited the ranks of Senate Republican leadership, where he was a rising star, explaining that doing so “will liberate me to spend more time working for results on the issues I care most about. I want to do more to make the Senate a more effective institution so that it can deal better with serious issues.”

Instead of waiting to become an admiral, Lamar opted to captain a battleship. While serving on four Senate committees and 10 subcommittees, Lamar focused primarily on his chairmanship of the Committee on Health, Education, Labor, and Pensions, known as the HELP Committee. During his four years in that chair, the committee reported out some forty-five separate bills that were enacted into law, a remarkable accomplishment in this fraught era on Capitol Hill. Working effectively across the aisle with Senator Patty Murray of Washington, the committee’s ranking Democrat, he advanced signal legislation on primary-secondary education, including 2015’s Every Student Succeeds Act and 2018’s reauthorization of the Carl D. Perkins Career and Technical Education Act. Last year, he and Murray agreed on a bill to simplify the notorious FAFSA undergraduate financial-aid application with which 20 million families wrestle each year and to permanently fund historically Black colleges and universities. As I write, he’s doing his darnedest to get those reforms across the congressional finish line.

This legislative activity, however, is just the latest, and perhaps not the final, act in Lamar Alexander’s half-century performance on the education stage…

Editor’s note: This was first published by Education Next. Read the rest of it there.