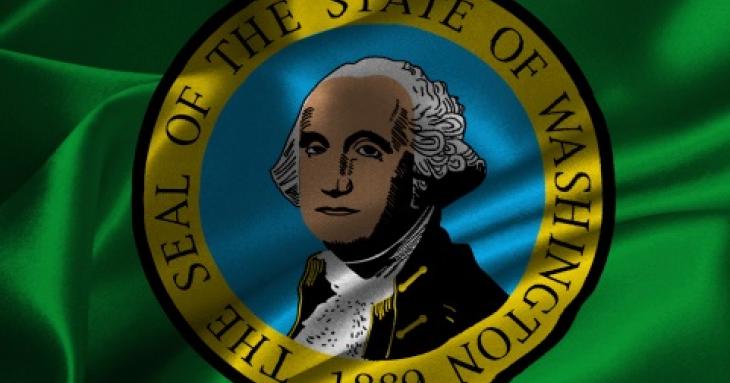 Wikipedia defines judicial activism as “judicial rulings suspected of being based on personal or political considerations rather than on existing law.” The Washington State Supreme Court has veered into the judicial activism fast-lane when it comes to public education in the Evergreen State.

Exhibit one is the recent 6-3 decision by the court declaring the state’s nascent charter school program “unconstitutional.” That decision overrode the will of a majority of the electorate that had voted in 2012 to allow Washington State to open forty charter schools in five years. If it stands, the court’s decision would toss some 1,300 students out of their chosen schools. Many of these children are low income, English language learners, or students with disabilities.

The court’s argument for declaring charters illegal hinged on a 1909 decision as to what constitutes a “common school.” Specifically, the court held that charter schools violate the uniformity clause of the state’s constitution because charters are not common schools controlled by local school boards. And, the court maintained, they unconstitutionally divert funds from common schools. This decision broke with legal precedents set in other states. An analysis by the law firm Jones Day showed, “Washington’s constitution shares many similarities with those in Ohio, Michigan, California, and Colorado, where similar constitutional challenges were raised and rejected.”

The court’s decision is not only out of sync with what’s happening nationally, it’s also counter to earlier Washington State Supreme Court decisions.  Washington Attorney General Bob Ferguson filed a “Motion for Reconsideration” on September 24 that observed, “There are a wide range of public school programs that are not controlled by school boards, from tribal compact schools to high school programs run by technical colleges. The court has never before held that such schools violate the uniformity requirement in article IX (of the state’s Constitution). In fact, the court held exactly the opposite in Bryan, Moses, Lake and Seattle School District.”

Ferguson maintains that if the Supreme Court does not reconsider its decision, not only would the state’s charter schools be forced to close, but so would many other innovative public school programs like Tribal Compact Schools, the Youth Offender Program, and Running Start. Running Start was created in 1990 and allows eleventh and twelfth graders to take college courses at Washington’s community and technical colleges. An estimated 20,000 students are enrolled in Running Start. AG Ferguson concludes that “The court’s definition of common schools is far more restrictive than necessary and will cause real harm.”

Exhibit two is the Washington State Supreme Court’s heavy hand around school funding. In its 2012 ruling, McCleary v State of Washington, the court ruled that the state had fallen short in providing adequate resources for basic education. It went on to tell lawmakers and the Governor that they must find the money to fund class-size reductions in grades K-3, provide all-day kindergarten, and spend more on transportation, school materials, and operating costs. The court reckoned an increase of at least $3.5 billion by 2018 would make school funding in Washington adequate.

When the Washington State Legislature raised state funding in Washington by a little less than $1 billion in 2014, the court found the state in contempt. It said lawmakers had failed to make enough progress to meet the state’s “paramount” duty to amply fund schools. This decision resulted in the state’s five living ex-governors filing a joint brief urging the justices to exercise restraint. Current Democratic Governor Jay Inslee told reporters that the court’s move to micromanage the budget would be “fraught with enormous peril.”

The court delayed issuing any sanctions until after the 2015 legislative session to offer lawmakers the opportunity to get school spending closer to the $3.5 billion judicial target. During the 2015 legislative session lawmakers agreed to pump another $1.3 billion into public schools, but this again fell short of the court’s expectations and the response of the justices was to order sanctions of $100,000 a day against the state.

To put this into context, Washington State spends about $7.6 billion annually on its public schools. Washington ranks twenty-ninth in the United States when it comes to per pupil funding at $9,672 per student. Sitting next door in Idaho, where per pupil funding is $6,791, it is hard to think of public schools in Washington as being so underfunded as to need sustained judicial action to force the legislature and the Governor to spend more on its schools.

Stanford scholar Eric Hanushek has written for years that courts “have not done much to help. They have led to some huge funding increases – such as we saw in Kansas City in the ‘80s and ‘90s or in Wyoming or in New Jersey.” And the results of all of this new court-ordered spending have been meager. Hanushek notes, “But student achievement has not really responded to this funding. Indeed, it is quite ironical that the legislatures, while they have not done much to improve student achievement, have done a good job at putting ever more resources into the schools. When the courts decide that the legislatures have failed in the constitutional responsibilities, they also try to solve the problems with more funds.”

State courts across the country are turning away from school funding lawsuits and leaving such decisions to the legislative and executive branches of state government to decide. While the 1980s and 1990s were a period of significant court action per school adequacy lawsuits, according to legal scholar Jessica Burns, “Courts have recently rejected such litigation in an attempt to broaden the demarcation between the judiciary and the legislature.”

Why is Washington’s Supreme Court so active in setting the state’s education policy when other state courts are scaling it back? Critics contend the court’s judicial activism is driven by the political contributions of the Washington Education Association. The Seattle Times reported that the Washington Education Association had contributed “the maximum financial donation in their past election campaigns” to seven of the nine justices. In Washington, the State Supreme Court justices are elected.

Regardless of motivation, the Washington State Supreme Court is marching to its own tune when it comes to education policy.  Their policy making is not only out of step with what’s happening across the country; it will drive up costs for Washington’s taxpayers, force students out of their schools, and offer little hope for improving student learning.

Terry Ryan is CEO of Bluum and a member of the Rural Opportunities Consortium of Idaho (ROCI) task force.